Almost 60 years after its 1964 release, Andy Warhol's iconic Pop Art interpretation of Jacqueline Kennedy Onassis has been reinvented by the London-based artist Paul Stephenson for a contemporary collection of original art.

Available in 40 different colourways, these hand-painted silkscreens were created using Warhol's original acetate. Used to imprint the image onto a silkscreen, this clear sheet was the last part of the process to be touched by hand by Warhol and now provides Paul with the exclusive key to the authentic reproduction of this seminal portrait of the former First Lady of the United States.

"The end result is exactly what you would see in a Warhol painting hanging in a Tate Modern retrospective exhibition," says Paul, whose groundbreaking After Warhol project saw his work titled 'posthumous Warhols' by the late Warholian expert Rainer Crone. "At all stages of making these paintings, it's always been about following the process and being accurate and true to what Warhol did."

For access to the full collection, get in touch. 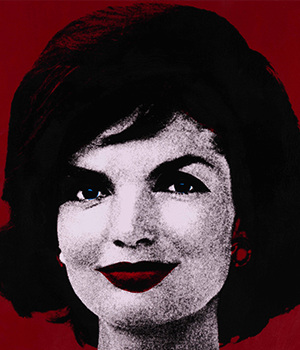 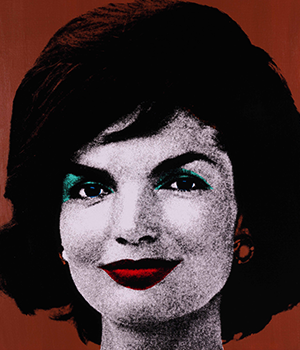 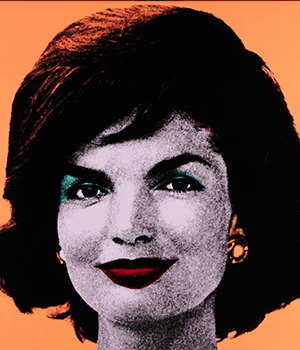 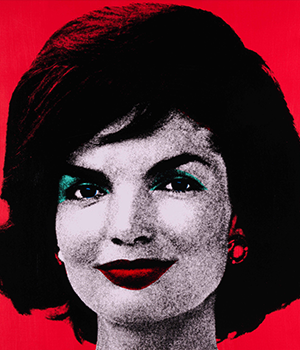 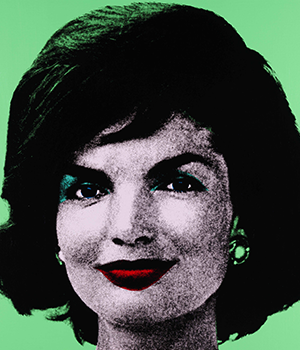 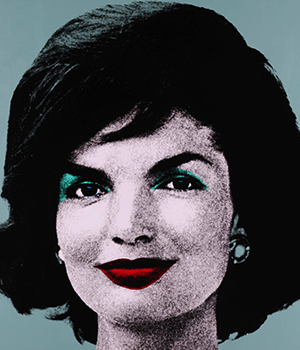 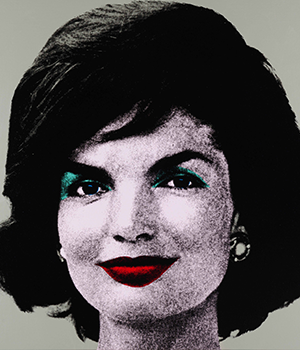 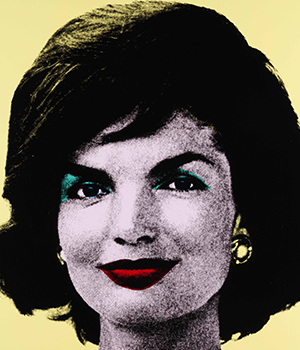 Warhol's ‘Jackie’ was created in response to the assassination of President John F. Kennedy on 22nd November 1963. Captivated by Jackie’s timeless glamour in the thousands of photographs subsequently printed in newspapers and magazines, Warhol worked with his assistant Gerard Malanga on his artistic representation of this historical moment.

Between May and November 1964, Warhol created over 300 paintings of Jackie, including this particular image, which is based on a portrait created by the official photographer for the Kennedy presidential campaign, Jacques Lowe. Changing the angle of Jackie’s face and cropping her hair, Warhol sought to capture her elegance and power through a modern mechanical process.

To bring Jackie to life, Paul hand-painted the background in authentic Warholian and Pop Art shades before adding the halftone colour (a series of dots formed with varying size and spacing). He explains: “This is what makes her look like Jackie, rather than a group of colours. It’s like when a photograph gets developed in the darkroom.”

WATCH OUR VIDEO TO FIND OUT MORE

"The end result is exactly what you would see in a Warhol painting hanging in a Tate Modern retrospective exhibition."

We are thrilled to present the debut collection from the contemporary artist, who has been lauded by the BBC and VICE Magazine for his groundbreaking collection of artworks - created using Andy Warhol's original acetates.

Are you looking to spruce up your home this spring? We have just the solution! Check out the décor ideas you can recreate this season.