Nothing beats the excitement of opening a new comic book (except maybe a hand-signed print from our Marvel collection). To help you get on the right page, here’s a glossary of popular comic book terms.

Cover: The front page of a comic book, usually boasting a feature image, title, pricing and enticing snippet of text

Crossover: When characters and storylines cross over into another title

Gutter: The space between panels

Indie: An independent publisher that publishes comics independently from the Big Two and other smaller corporations

Panel: A box on the page of a comic book

Run: The number of consecutively published comics in a series by a writer and/or artist, e.g. Stan Lee and Jack Kirby’s run on Fantastic Four lasted 100 issues

Splash page: A panel that fills the entire page

Story arc: Smaller stories, or a storyline that spreads over multiple issues

Variant cover: An alternative cover of an issue. Often they include the art of a different artist, and fewer copies are available Some, or all, of the following roles may be assumed by the same person:

Writer: The writer shapes the story, crafting the dialogue and plot twists

Penciller: Using this script, the penciller sketches out the storyline in pencil. This will be inked and coloured later

Inker: Once these drawings are complete, the inker outlines them, adding shade and detail to bring the characters to life. This is sometimes done digitally, but often it is completed with actual ink

Colourist: With this dynamic black-and-white template in place, the colourist can work their magic. As this is one of the last stages in the process, this role demands speed and an understanding of how colour changes under light and shadow. Historically, the final touches of colour were added using coloured ink, but modern digital methods create incredible tones and a variety of different styles

Letterer: A master of layout, typography and calligraphy, the letterer draws in the sound effects and writes the letters in the word balloons. They also produce the story title lettering and the credits and captions on the first page

Editor: The pressure is on as the editor meticulously checks for spelling errors and art inconsistencies, while working with other collaborators to ensure that story elements won’t clash with other comic books 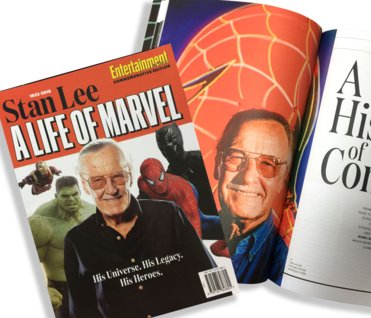 The Marvel mastermind's own story is captured in a special commemorative edition of the best-selling American magazine. Join us as we take a deeper look into the life of the man who changed the comic book industry forever. 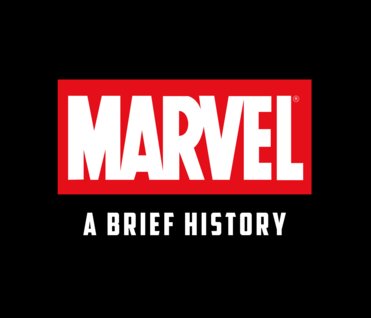 A history of comic books

We’ve sketched out some of the most important dates in comic book history, including little-known facts from behind the scenes of Marvel and DC Comics.

Wolverine, Spider-Man and Captain America have returned with their fellow Marvel superheroes for this stunning series, hand-signed by the late Stan Lee.