Listening to the Beatles on his AM radio sparked something special in a young Alex. Their Sgt. Pepper’s Lonely Hearts Club Band album and animated film Yellow Submarine became a visual library that would influence his art as an adult. His new body of work – titled Code Name Babington – is named after Major General James Melville, who was the original inspiration for the artwork of the Beatles’ album.

It’s the first time the American artist’s trademark word pieces have been available as limited edition prints. “They’re born out of an expanding funhouse of creativity, memory, nostalgia and an ever-growing love of England,” says Alex, who enjoys a full English breakfast twice a week. “Symbolism includes the two-up two-down format of your iconic terraced houses. It’s the house where parents raised their children, and the house of hopes and dreams.” 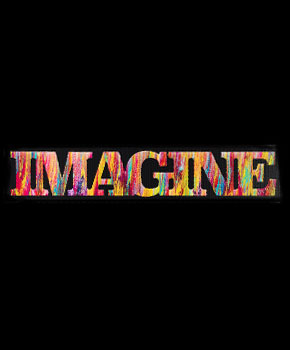 It Isn't Hard To Do 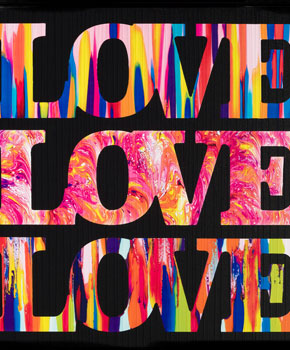 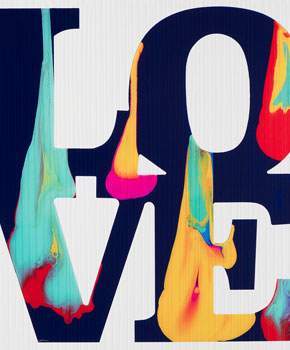 "I love Great Britain! I love James Bond, Queen Elizabeth II, BBC Proms and Vivienne Westwood. I love bangers and mash, and a great London taxi ride with a cabbie who’s got too much to say." The American artist hit the high notes with the colourful sculpture, which was awarded to mezzo-soprano Samantha Hankey.