From the Glaswegian shipyards in the 1960s to the world stage, Sir Billy Connolly's creative journey has traversed the arts. Originally finding fame as a folk singer and comedian, Billy gained a Scottish BAFTA award in 2012 for his contribution to film and television, and received a knighthood in 2017.

His debut visual art collection, Born On A Rainy Day, was launched in 2012 and soon won critical acclaim, with Billy’s style being likened to the cave paintings of the Aurignacian period. The spark of inspiration originated whilst Billy was touring around Canada in 2007, when the wet weather limited his exploration of Montreal. Buying felt-tip pens and a sketchbook from local art shop, Billy began to sketch figures which transformed into this spectacularly eccentric collection.

Speaking on his work, Billy says: “Art, for me, bears no relation to comedy or music. My art is pure and unjudged: I am creating it for myself.”

SHOP BORN ON A RAINY DAY As the popularity and demand for these humorous giclées increases, our publisher Washington Green has revalued the early Born On A Rainy Day collections. Subsequently, the recommended prices of these pieces will be increased to represent that which could be achieved on the secondary market.

Here at Castle we offer a very exciting opportunity to give your home the perfect art refresh. We’re pleased to offer a trade-in service against this collection at current prices. By returning your current piece to us, you can trade this in for up to 50% payment towards your next piece.

Artwork traded in can be used towards 50% of a new purchase of artwork. Example: trade in piece for £1,000 towards a new purchase of £2,000 or more, subject to availability. Castle Fine Art reserves the right to withdraw this offer at any time. Please get in touch if you’d like to discuss your options with an art consultant. 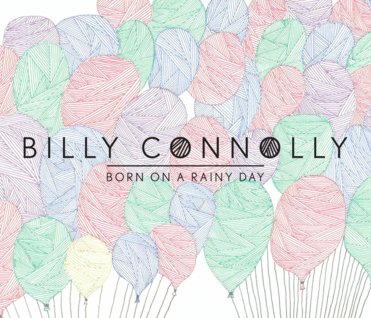 Born On A Rainy Day launches in Glasgow

Entertainment legend Billy Connolly stopped by our Glasgow gallery to launch the third instalment of his sell-out collection, Born On A Rainy Day.

'The Big Yin' revealed the fifth instalment of his Born On A Rainy Day collection. To celebrate, we gave collectors the chance to have their questions answered by the award-winning comedian. 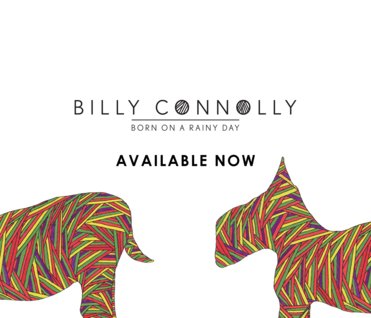 The fifth release from Billy Connolly's popular collection has almost sold out, with just two titles remaining. Get in touch to secure yours.