Released in 2008 to great critical acclaim, ‘Train Tracks’ has become synonymous with Dylan’s legendary 1975 album, ‘Blood on the Tracks’. His travels from gig to gig across America are symbolised in the expanse of railway line, surrounded by an anonymous landscape.

Taken from the The Drawn Blank Series – which comprises sketches created by Dylan between 1989 and 1992 – the piece boasts his signature loose lines and instinctive brushstrokes. For the 10-year anniversary release in 2018, he adopted a bolder, more stylistic approach – signifying another chapter in his visual autobiography. Following this, it was released as the first-ever silkscreen in 2019 and a four-piece collection in 2020.

The train is a symbol featured in several of Dylan’s song lyrics, including ‘Freight Train Blues’, where he writes: ‘Well, the only thing that makes me laugh again/ Is a southbound whistle on a southbound train’. Upon its release, the image was a sell-out success. 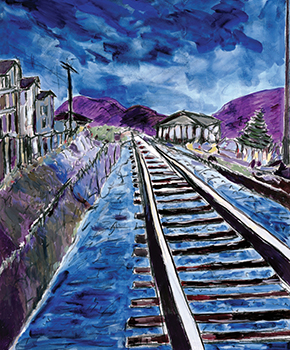 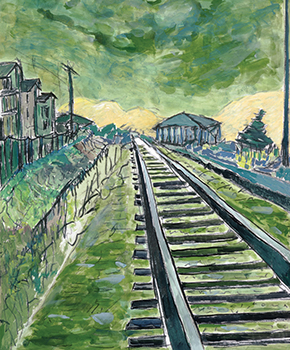 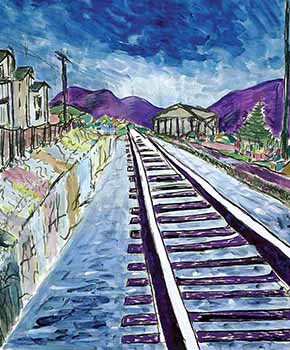 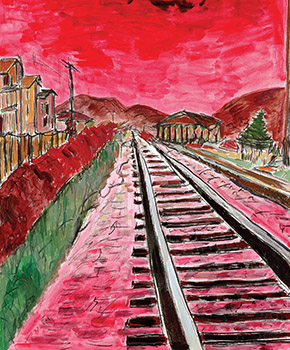 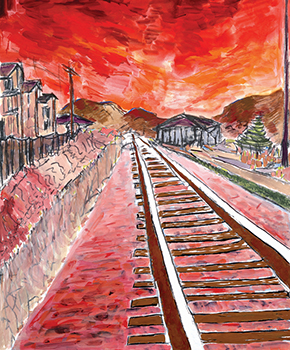 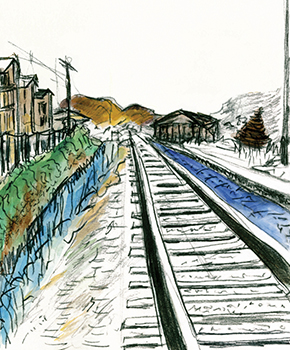 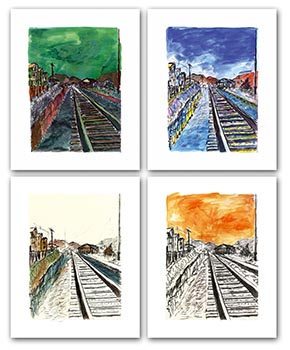 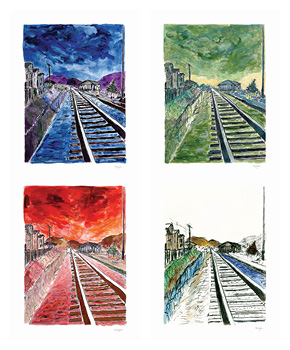 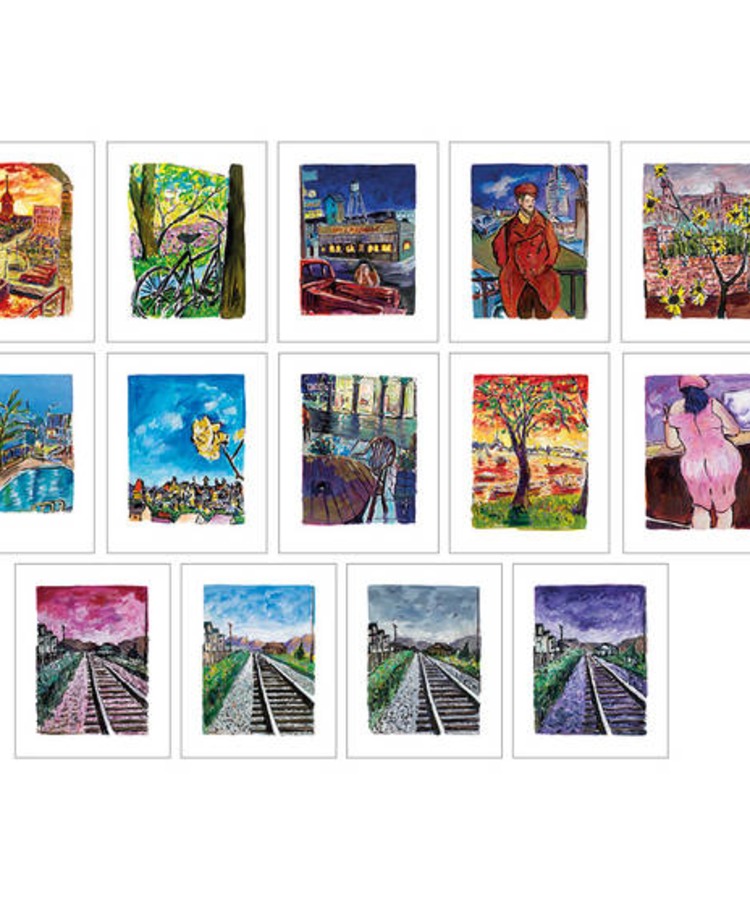 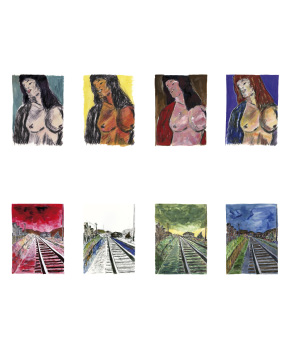 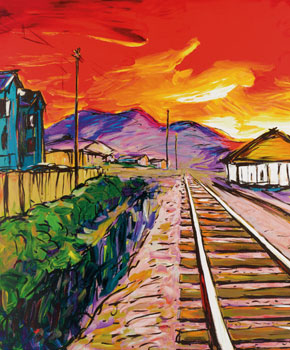 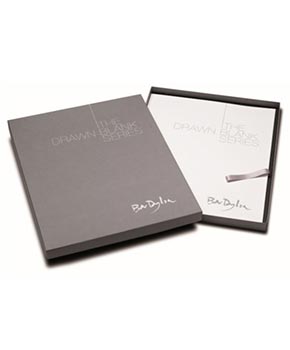 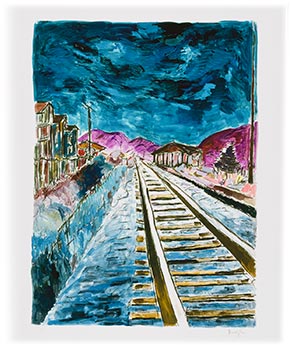 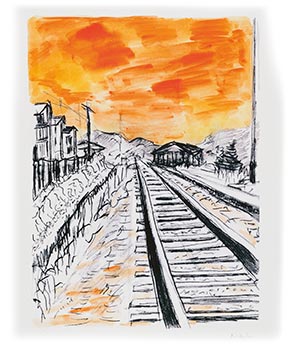 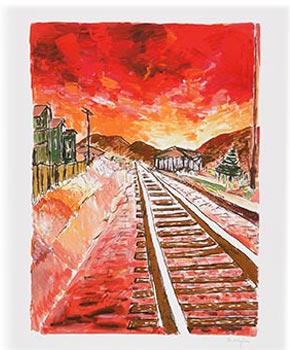 There is just one title remaining from this sell-out collection of giclée prints, which reimagines one of Dylan's most iconic graphics. Contact us to secure your artwork from this limited edition collection.

Our specialist framing team was thrilled to get their hands on the first-ever silkscreen rendering of this classic image. Find out what made this edition so unique.