The Art of Chaos | Illuminati Neon

Collected by celebrities including Sir Elton John, Sting and Boy George, Mark Sloper – known as Illuminati Neon – moves in the same circles as some of showbiz’s best-known names. His stunning collection, The Art of Chaos, is a homage to the punk rock genre, featuring a selection of large-scale, mixed media artworks and two now sold-out rock 'n' roll limited edition prints with a graphic that reportedly has the approval of the Queen herself. 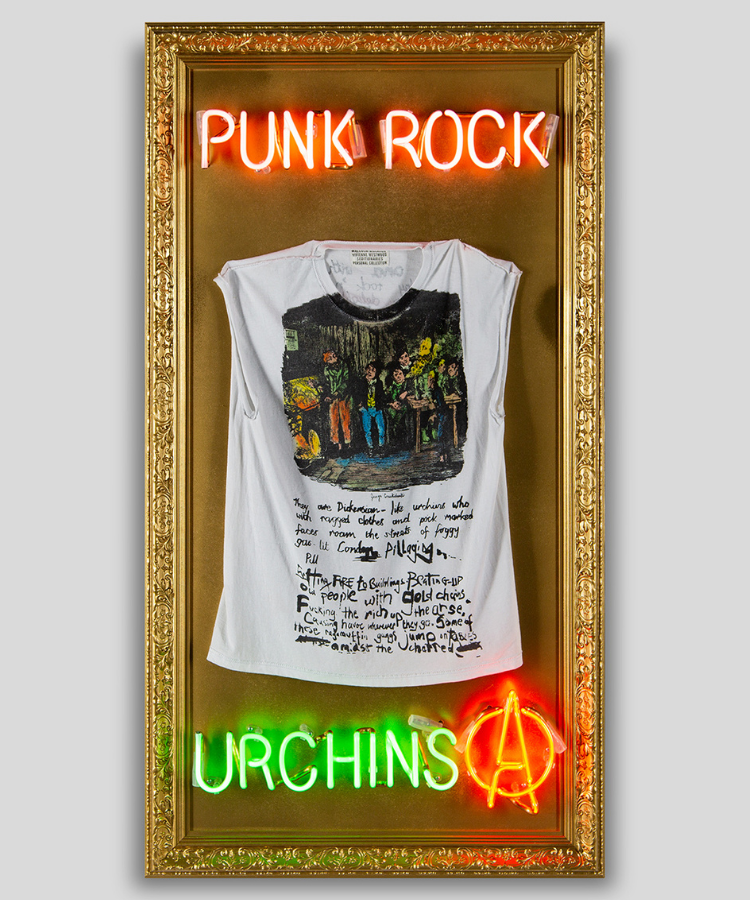 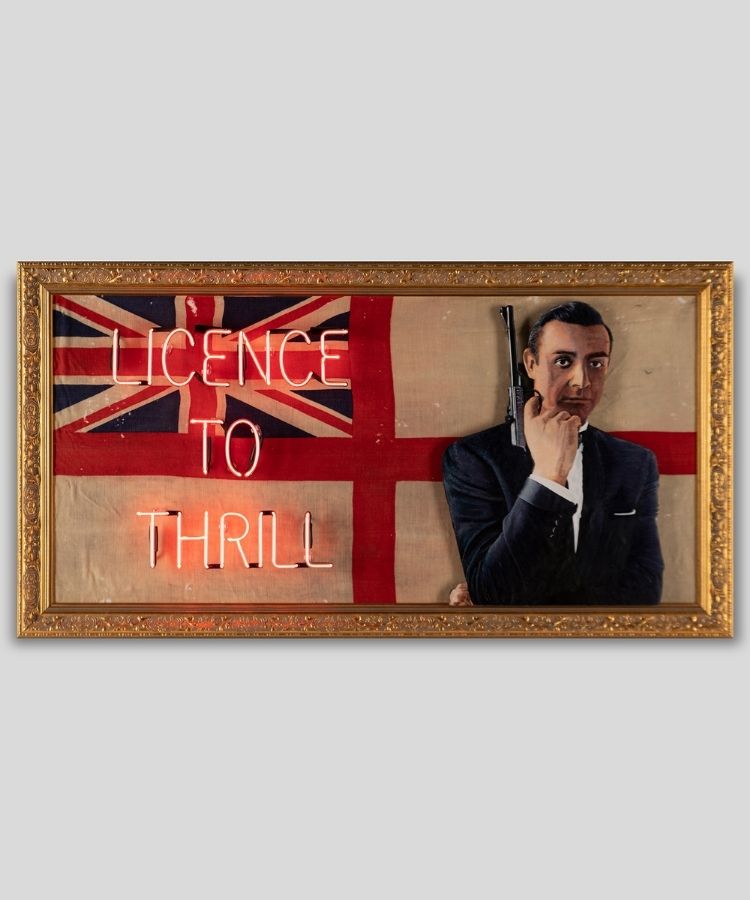 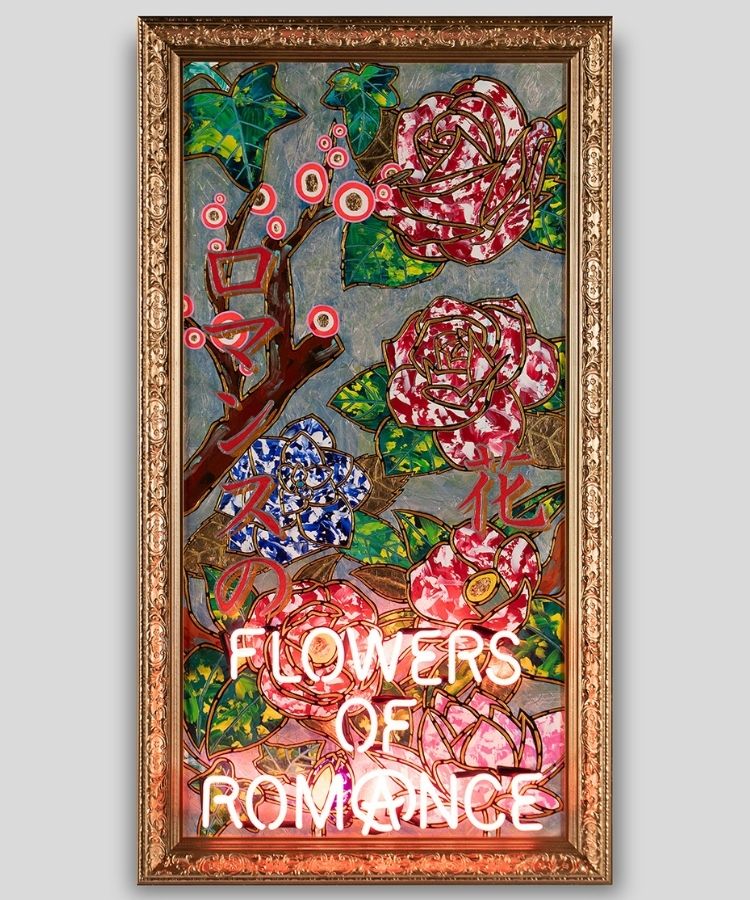 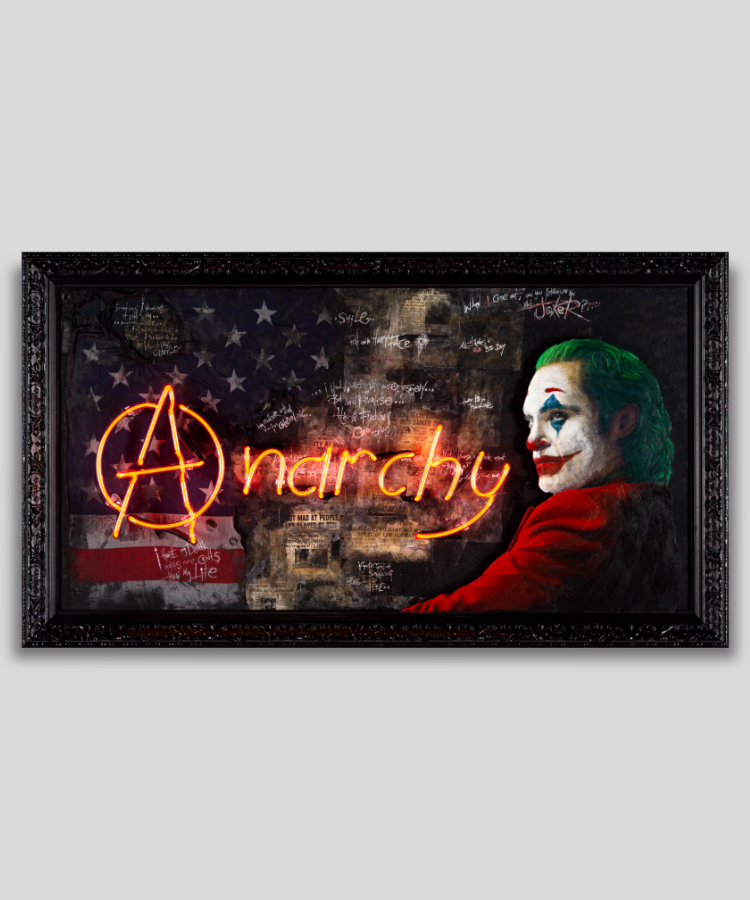 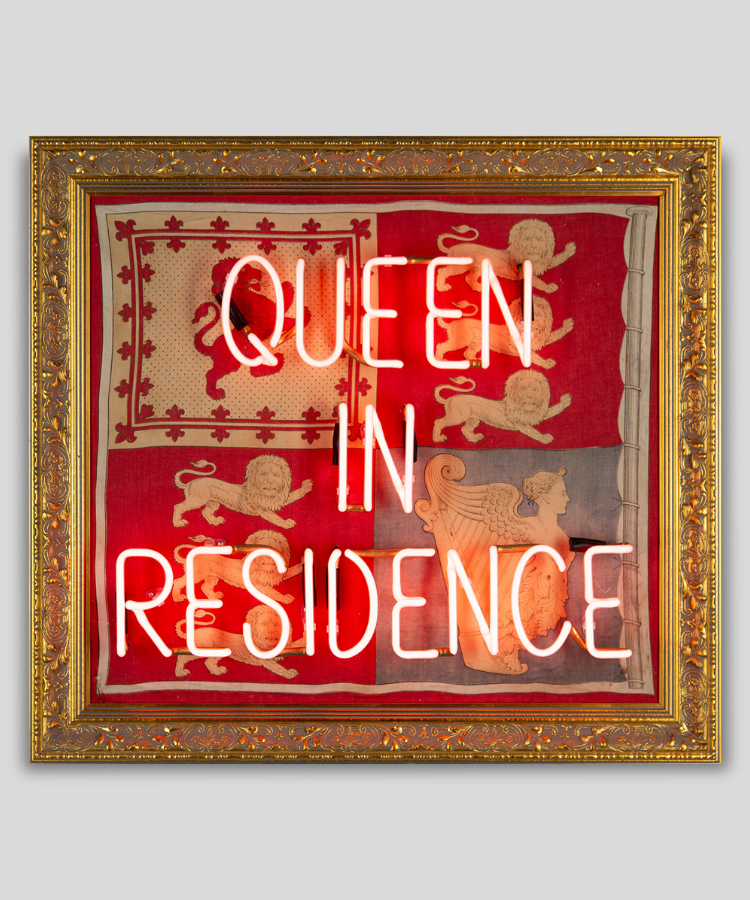 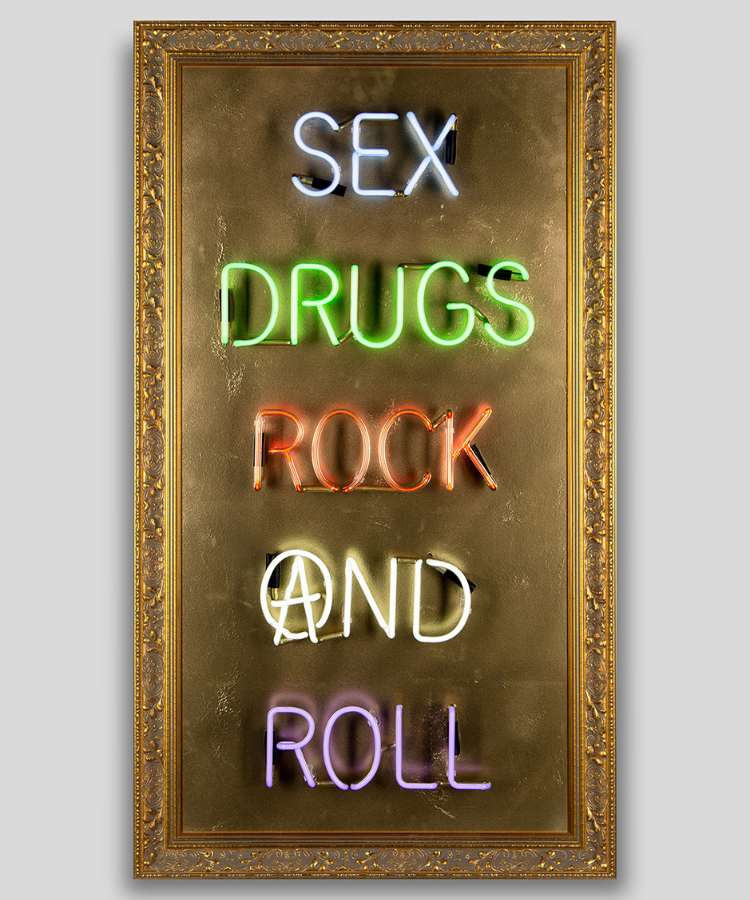 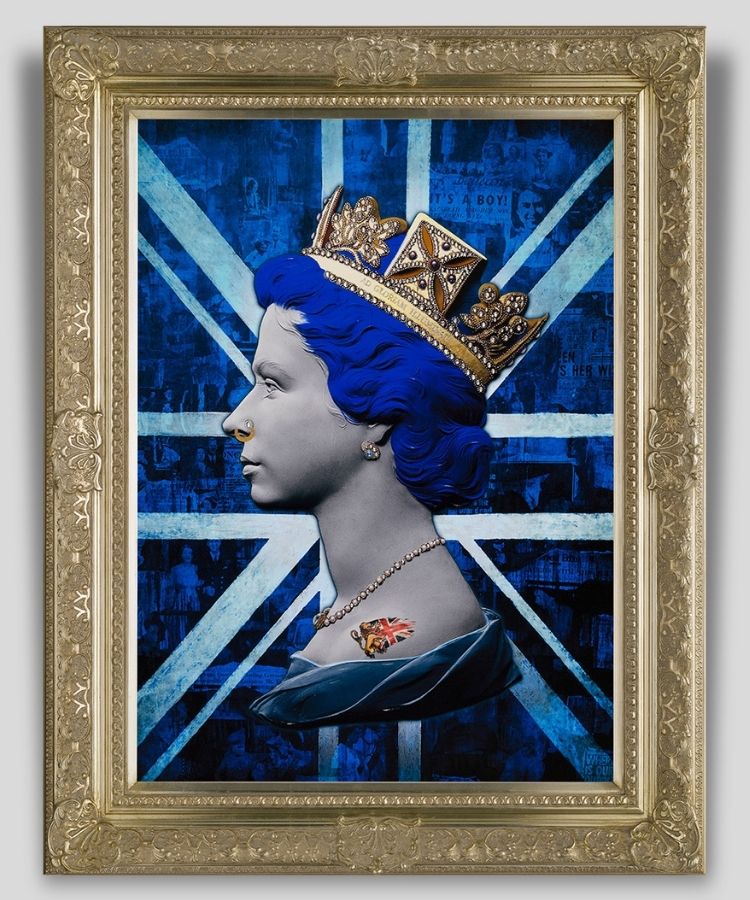 (Ex VAT)
OUT OF STOCK | Limited Edition
SHOP ALL ART

Mark's hand-embellished canvasses were influenced by the English artist and anarchist Jamie Reid, whose controversial ‘God Save the Queen’ album artwork for the Sex Pistols was based on Cecil Beaton’s Silver Jubilee portrait. Mark adds: “My art punk Queens are beautifully constructed with sparkling jewels, newspaper headlines and the fabulous HRH Elizabeth II looking splendid and regal, but of course retaining a little punky attitude.”

Unveiled at a star-studded event at our St Christopher's Place gallery in London, these maximalist prints were adorned with gems by a specialist artisan, and feature a bespoke one-of-a-kind frame that was created especially for this release. Crafted in the Rococo style - which originated in 18th century Paris and celebrates theatrical ornamental details - the frames boast a metallic finish that appears more silver or gold depending on the warmth of a room's lights.

Behind the scenes in Shepherd's Bush, London

"Whilst in my studio, you might bump into a real-life, foul-mouthed Sex Pistol," says Mark when we visit him at his art space in one of the capital's most sought-after music scenes. “Good folks say ‘Oh, it’s such a cultural hub you’ve created.’ Bollocks: it’s organic chaos, pure and simple. This is my studio: I’m surrounded by art, mess and an explosion of neon colour.”

In our exclusive video, Mark shows us how an artisan will embellish each of his limited edition prints with sparkling gems, and how he spraypaints the frames for his original mixed media artworks. Watch to find out more!

For his original pieces, Mark works with genuine vintage flags, which he sources from a dealer on Portobello Road in London and upscales by mounting them to a modern board and sewing holes before preserving them with fabric conditioners and glazes. He says: "I’m saving them for the future by restoring them to their former glory. What I wanted to do was take things from the past and make them look very modern, so you’re sort of confusing time parallels.”

To create the neon, Mark delicately bends the glass under a temperature of 500ºC and compresses gas within the tubes before using electric transformers to ignite it and create an organic glow. The true colour of neon is red, so Mark uses powder-coated neon tubes filled with argon (a chemical element) to produce a spectrum of colours. Jewels and gold leaf are added as finishing elements to create complexity and make each piece unique, while the ornate frames pay homage to the works of the Old Masters.

Mark says: "Every piece tells a story about that transformative era: my experience of it, the people who made it and became my friends, and the honorary punks who personified its anarchy, chaos and rock ‘n’ roll long before the movement had a name. It’s a constant state of rebelliousness: you wake up, live and dream punk. I’m proud of every single piece. I wouldn’t make an artwork that I wouldn’t hang on my own walls at home."

After a chance encounter with the new wave musician Adam Ant at the age of just 11 led to him touring with the band, Mark became drawn to the punk subculture. His studies at art college in the 1980s were interspersed with frequent trips to London, where he became close friends with some of the movement's pioneers and troubadours, including the Sex Pistols and the Stranglers.

In 2020, Mark was featured by the British press when his punk portrait of the Queen received the Royal approval from none other than Her Majesty! The matriarch “burst out laughing”, according to inside sources. He adds: "I love the ceremony and the old-fashioned English respect for our lovely Queen. Punk rockers such as the Sex Pistols have been misunderstood as anti-royalist, but I celebrate the monarchy and love the Queen. Rule Britannia! The Queen has seen herself reimagined by me, and I still have my head."

Pictured: Mark with Paul 'Cookie' Cook, the drummer of the Sex Pistols. Once outselling Keith Haring and Jean-Michel Basquiat, the 'godfather of street art' retreated into the darkness of drugs and poverty, and his tragic story was shelved in the archives of art history. Until now. Shop the exclusive release now.

How to hang an artwork: your easy guide for installing your new piece at home

With our handy tips, you'll be creating gallery-worthy displays in no time! Plus find out more about our professional art installation service.