In an age of smartphones, it’s hard to imagine a time before photography. But until the early 19th century, when the world’s first photograph was taken by the French inventor Nicéphore Niépce, portraits (including paintings, sculptures and sketches) were the only way to record a person’s features.

Traditionally flattering, portraits date back to at least ancient Egypt and particularly over the last 5,000 years have been important societal tools for illustrating power, beauty or wealth. Amongst the genre are some of the most famous artworks in the world – including ‘Lady with an Ermine’ by Leonardo da Vinci and ‘Girl with a Pearl Earring’ by Johannes Vermeer. Artists such as Frida Kahlo and Pablo Picasso have also documented their lives through their paintings.

Over the years, trends have dictated different styles of portraiture. The Baroque period saw dramatic religious scenes and contrasts in light and shadow, while Romanticism led to the rise of the ‘romantic hero’, as seen in portraits of Napoleon Bonaparte. Modernists transformed portraiture with shapes and colour, and Impressionists prioritised impressions of light over recognisable facial features.

One thing that has remained is a portrait’s ability to capture not just the physical attributes, but the energy and personality of a person. With many of our artists creating spectacular portraits of their own, we’re taking you through some of art’s best-known examples.

To discuss any of the artworks featured,  feel free to get in touch. 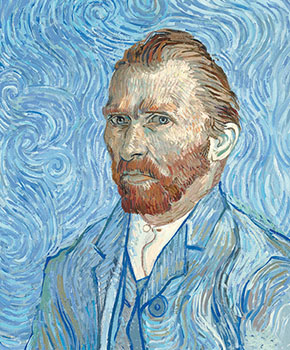 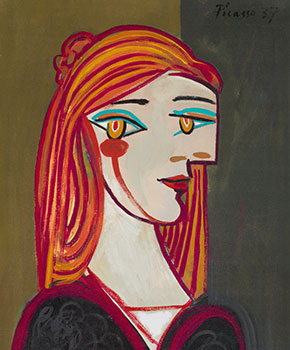 Girl with Red Hair Portrait in the Style of Pablo Picasso 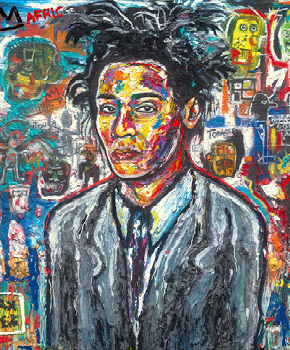 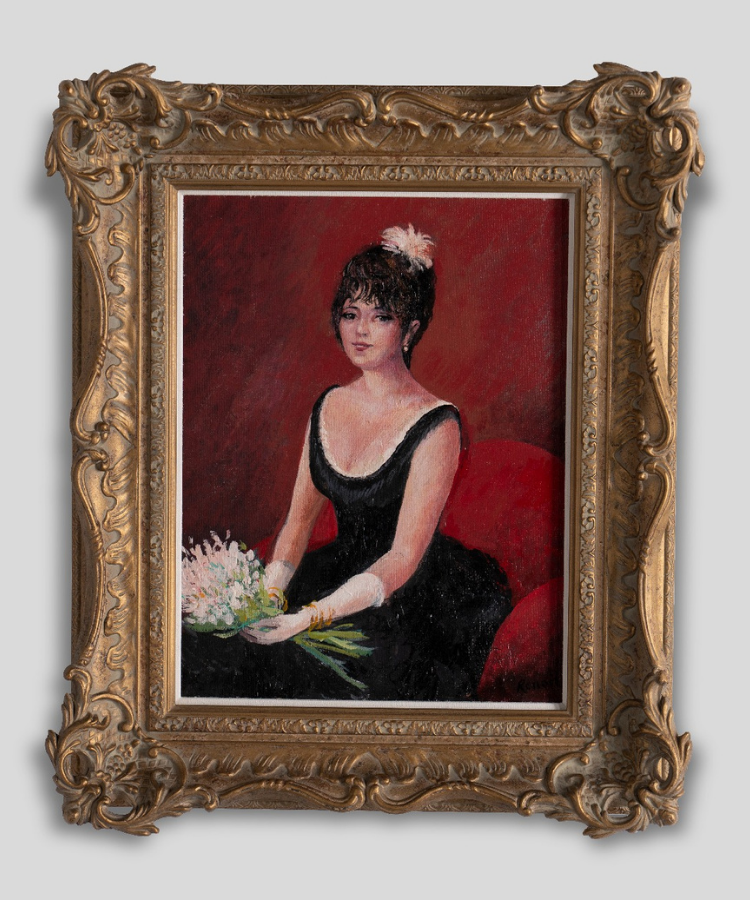 Portrait Of Lady In Black Dress (With Bouquet) In The Style Of P.A. Renoir 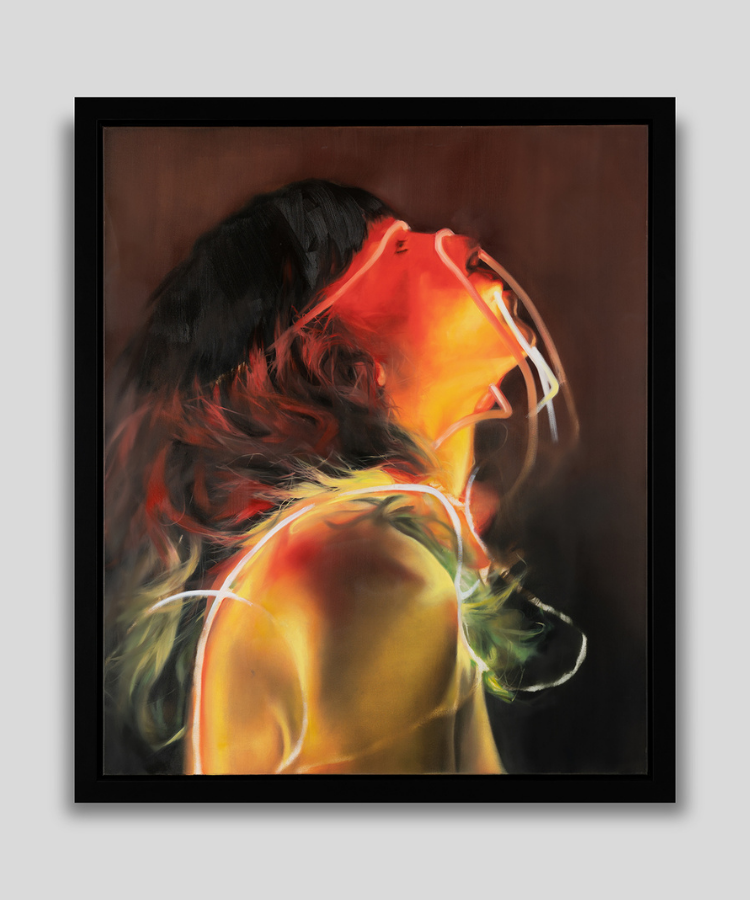 Since 1933, Queen Elizabeth II has sat for over 130 portraits. While some paintings have been applauded – including Pietro Annigoni’s ‘Queen Regent’ (1954) and Justin Mortimer’s ‘The Queen’ (1997), others have faced the wrath of critics. In 2000, Lucian Freud’s effort was dubbed ‘painful, brave, honest’ by The Times, but ‘extremely unflattering’ by the Daily Telegraph.

Her Majesty has become a popular subject in Pop Art, with Andy Warhol creating his ‘Reigning Queens’ series (four of which now hang in the Royal Collection) from a photograph taken in 1977 for her Silver Jubilee.

We love this neon interpretation by Illuminati Neon. Shop here.

One of art’s biggest mysteries, Leonardo da Vinci’s ‘Mona Lisa’ was painted between 1503 and 1519 and hangs in the Louvre in Paris. Revealing the artist’s expert use of sfumato (fine shading), the painting has long fascinated academics, who have yet to conclusively establish the sitter’s identity. Theories include that she is Lisa del Giocondo, the wife of a Florentine merchant; his mother Caterina, or even a self-portrait.

Painted in oils on a poplar wood panel, the portrait illustrates Leonardo’s belief in the cosmic link between nature and humanity, with the curves in her hair and clothing echoed in the shapes of the valleys and rivers. Documenting his meteoric rise from an emerging artist to a household name, Andy Warhol’s self-portraits are an intimate glimpse into the life of this inimitable character. He is quoted to have said that he painted pictures of himself to “remind myself that I’m still around”.

His acrylic and silkscreen ink ‘Self Portrait’ (1964) now hangs in the Whitney Museum of American Art. London-based artist Paul Stephenson used the original acetate to create what Warholian expert Rainer Crone dubbed ‘posthumous Warhols’ for his After Warhol collection.

"A person himself believes that all the other portraits are good likenesses except the one of himself."

Norwegian painter of 'The Scream' Behind the scenes: printing our art

We’re proud of the art we create, so we’re welcoming you inside to see how it’s made. Join us as we take you on a tour of the printing process for our limited edition artworks.

What is a giclée?

It may sound fancy, but this term simply refers to a popular printing technique used by painters, photographers and illustrators. Click to find out more.