Personalisable art by your favourite artists

First of all, what is a remarque? This is a French term to describe a distinguishing mark on a print or proof. A remarqued print has a small original drawing or painting created by the artist, making it unique. Our exclusive selection of personalisable and remarqued artworks allows you to commission your favourite artists - including Bob Barker and Peter Smith - to create a truly individual piece.

If you're a fan of movies and superheroes, be sure to check out Robert Bailey and Tim Rogerson, who have opened their commissioning availability to recreate unforgettable scenes. 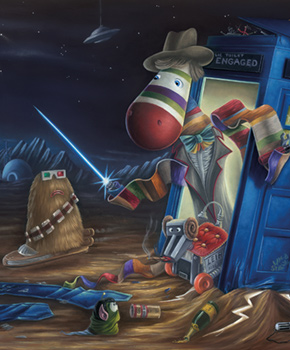 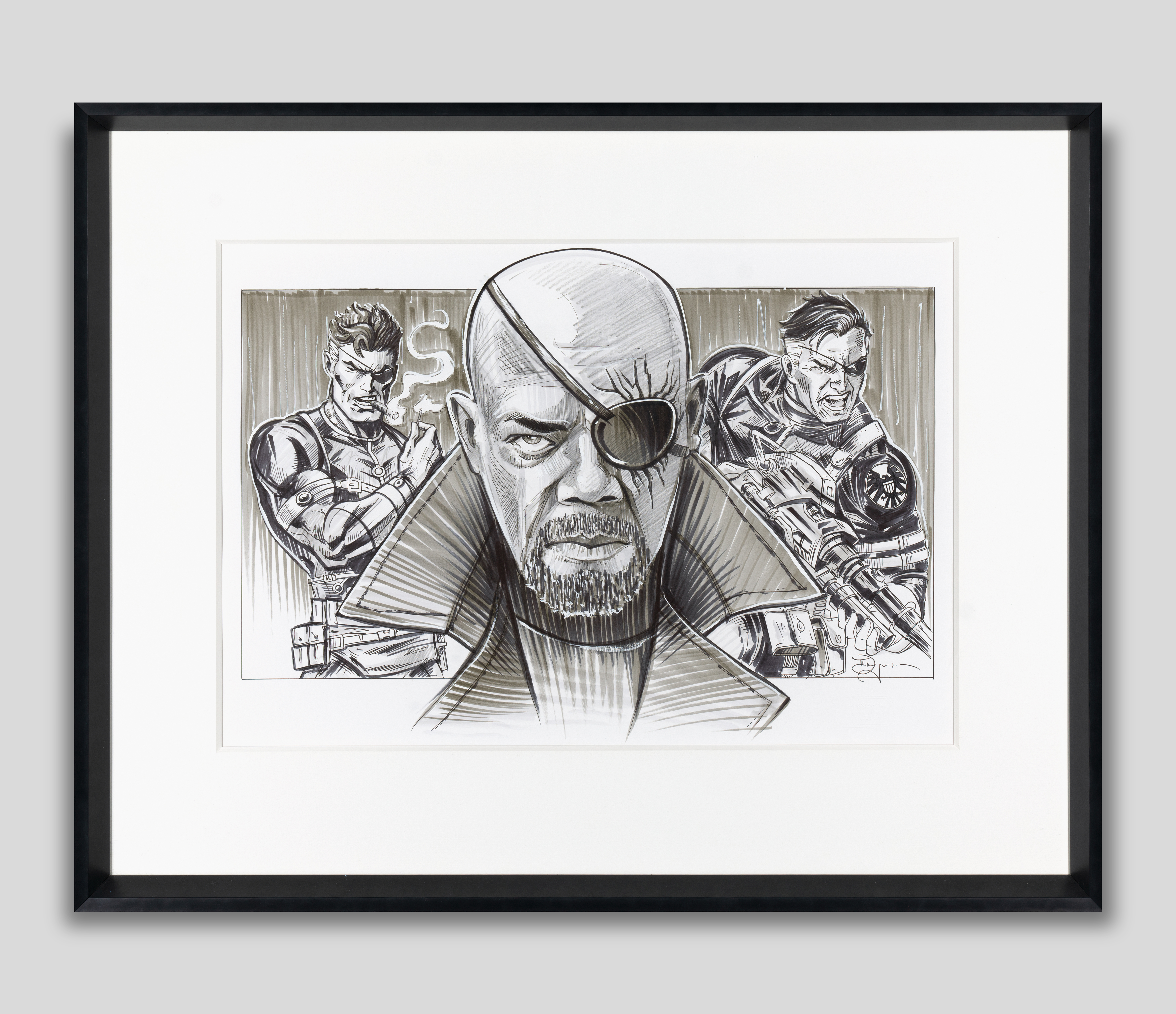 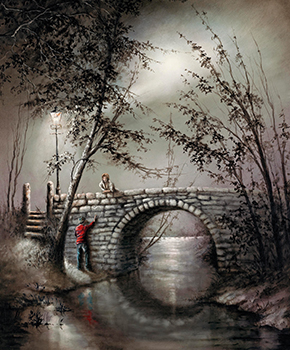 Once In A Lifetime

(Ex VAT)
OUT OF STOCK | Limited Edition
COMMISSION YOUR ARTWORK

Peter Smith: 'Dr Whoohoo And The Planet of Crapcomicon'

Taken from his Eccentricus Britannicus collection, this artwork is the perfect chance for all comic book and sci-fi fans to create their own world. Peter let us in on why he wants to personally hand-paint your chosen character into this intergalactic tale.

What makes it so personal?

Interaction: how do you get that in a piece of art? That was my first question when I created Doctor Whoohoo. The idea for this edition was born from the fact that when you buy a piece of art, it never changes. My mind drifted off into wild daydreams about all the things I wanted but knew I would never get because they didn’t exist, like Willy Wonka’s chocolate river and lickable wallpaper. I decided to be a Willy Wonka of sorts, handing out no-holds-barred creations straight from your imagination. You can ‘wish’ your own piece of art.

Which characters can I pick?

Anything goes! Let your imagination run riot and push me to the limits: combine characters, give me one-word starts or create a brand-new superhero – it’s really up to you. I have received requests for drunken rainbow-farting unicorns, Buzz Lightyear/ Rocky Horror Show hybrids, a cat named Buttons, and Alice in Wonderland as an astronaut in the Guardians of the Galaxy world.

What do you want to draw?

The more imaginative, the better – but anything I can create which has movement in its description is always good. Drunk unicorns, for example, give me an idea of how they will move, while a hip-thrusting Bungle from the popular children’s programme Rainbow both disturbs and excites me. Are you a movie buff? For those of you who know your Taxi Driver from your Gone with the Wind, we're offering the chance to commission an artwork by the pencil artist Robert Bailey. Make history and pick your favourite film scene!

Quirky duo Peter and Jayne Smith have been busy touring the UK with their outrageous new collection, which includes original artworks and a personalisable print! Shop the collection now.