Behind the scenes of these hand-varnished giclée prints was the miniature painter's very own movie set, complete with his signature character setup and ripped paper motif. The small-scale artworks took the contemporary painter back to his childhood, as he rewatched the original films and listened to John Williams' breathtaking soundtrack for inspiration.

Alongside his limited edition works, we also have a rare selection of original drawings and oil paintings, each of which has been sketched on paper by Nigel's own hand or painted on a fine-grain Italian canvas.

In an exclusive collection video filmed for our YouTube channel, Nigel reveals how he captured his characters' costumes, his new painting techniques, and how the gold and silver inlay of the frames add the finishing touch to his art. Watch below to find out more!

Now all that's left is for you to decide whether to join the light side or the dark side. Contact us for more information. 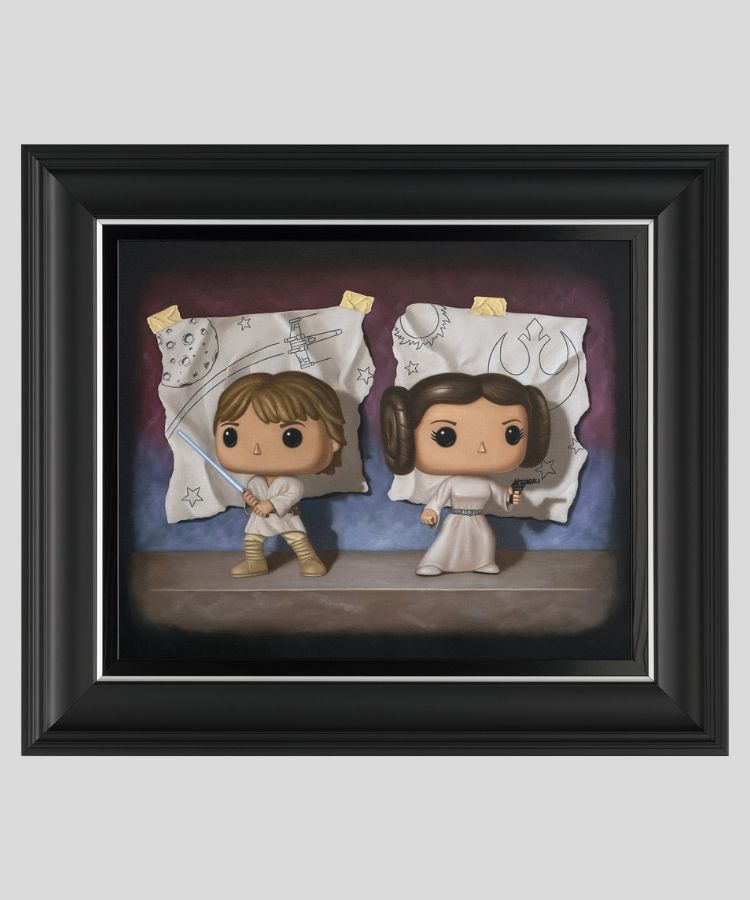 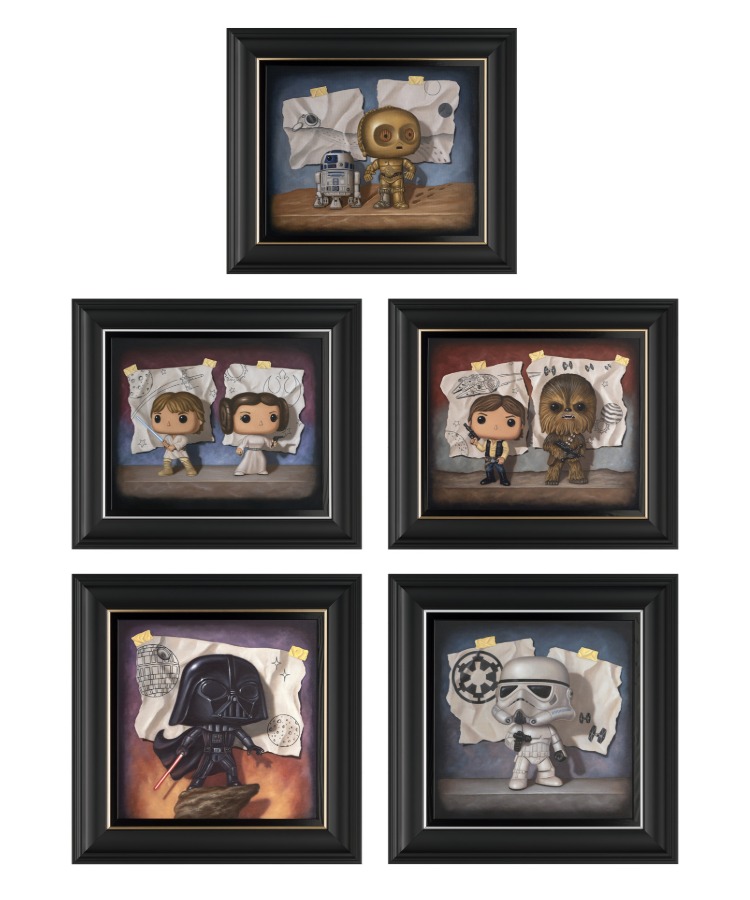 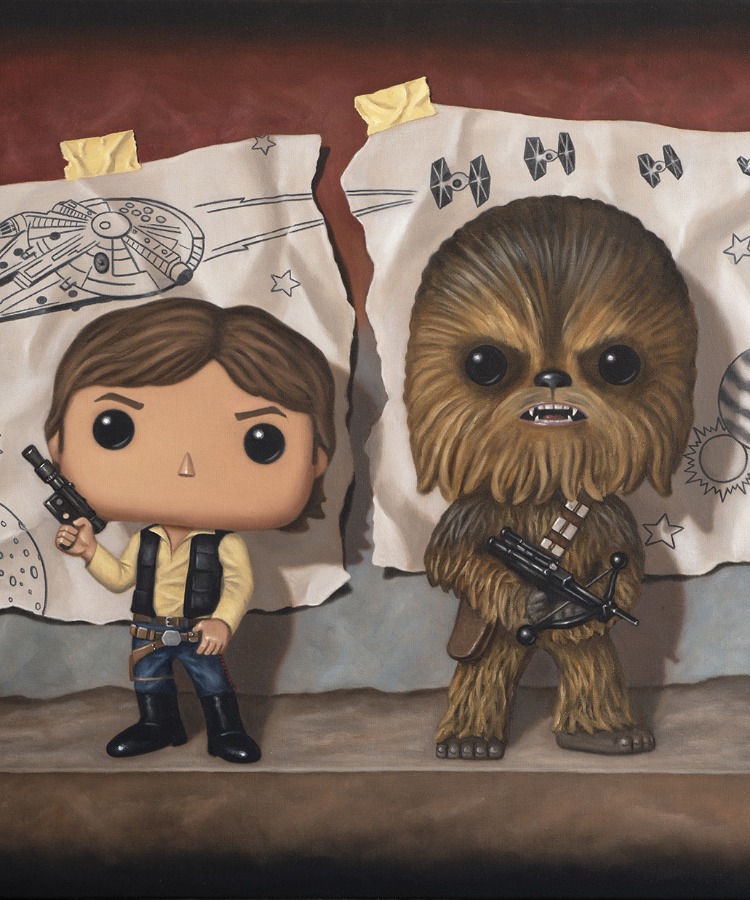 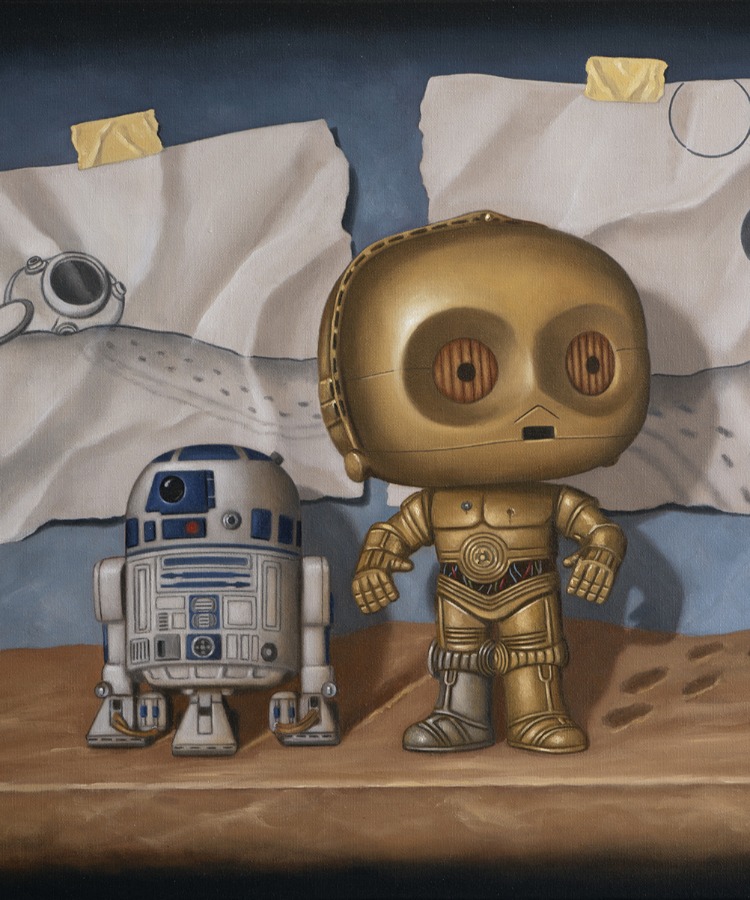 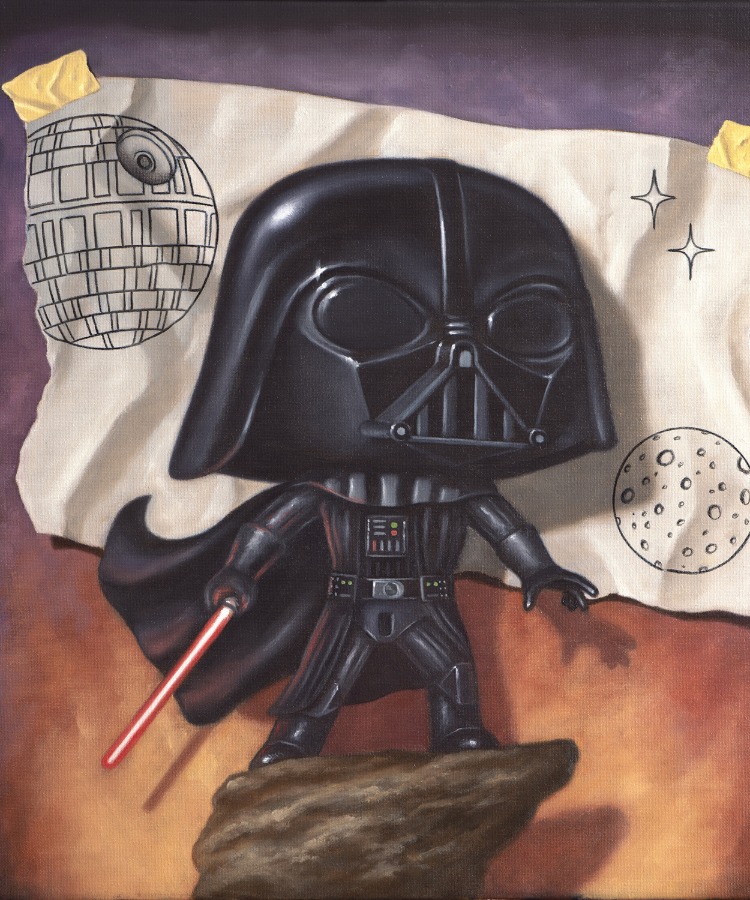 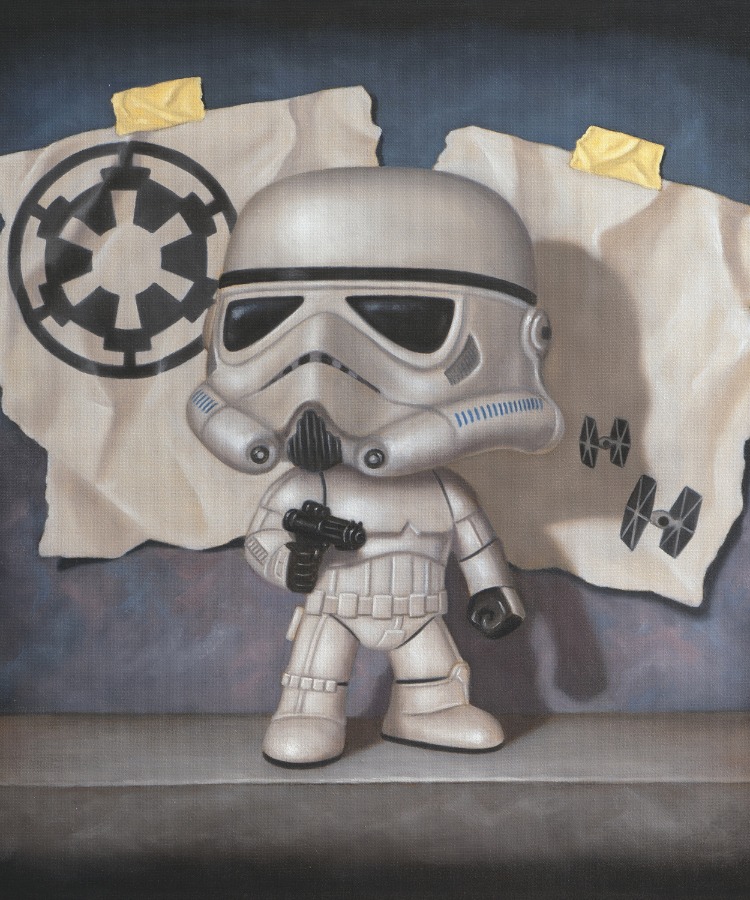 For this new series, Nigel experimented with a layered painting style influenced by the classical impasto technique. This Italian word describes a thicker application of paint that allows artists to build up texture.

He explains: “They all have different weapons, I’ve been replicating Chewbacca’s fur as best as I can, and there are metal objects – so it’s about bringing out the shine and different colours."

"When I saw the very first Star Wars film as a child, I knew that I had seen something special. I loved the characters, the overall design, and the good-versus-bad storyline." How involved is Nigel in the creation of his limited edition prints and what are his tips for aspiring artists? Find out in this exclusive interview!

While these musical superstars may be tiny, their attitudes certainly aren't! Click to discover some of the biggest names in rock 'n' roll, plus a behind-the-scenes peek at Nigel's visit to Castle HQ.

Ever wondered what inspires our miniature superhero artist Nigel Humphries? We did some investigating…