Inside our Disney Vintage archive: Pinocchio, Fantasia and Sleeping Beauty

Add a little magic to your collection with an original Disney artwork. Our exclusive selection of storyboards, cels and hand-painted backgrounds is a must-see! In this hand-picked curation, we take you behind the scenes of Pinocchio, Fantasia and Sleeping Beauty.

Animation has changed hugely since these classic films were made. During the 1940s and 1950s, each movement had to be captured by an individual animation drawing and corresponding cel. In fact, Sleeping Beauty was the last hand-inked feature film by Disney, making it an important part of animation history, and representing the end of an era.

When it was released in 1941, Fantasia became the first animated film to feature stereophonic sound, and used what were at the time cutting-edge techniques to create dazzling optical effects. One of the best-known sequences is 'The Sorcerer's Apprentice' (featured below), for which animators had to capture the terrifying power of the rising water as it threatened to engulf Mickey Mouse.

Now considered one of the best animated films of all time, Pinocchio (1940) was Disney's second feature film after Snow White and the Seven Dwarfs (1937). Along with the first animal sidekick in the form of Jiminy Cricket (featured below), animators took their craft to the next level by introducing three-dimensional models to help capture the movement of characters and keep proportions consistent. Unlike the wood-carved puppet in the original Italian novel, the animator Milt Kahl chose to draw Pinocchio as a young boy, keeping only his wooden nose and angular posture to indicate his creation in Geppetto's studio.

This is just a small selection from our Disney Vintage library. To enquire about a particular film or find out more, contact us. 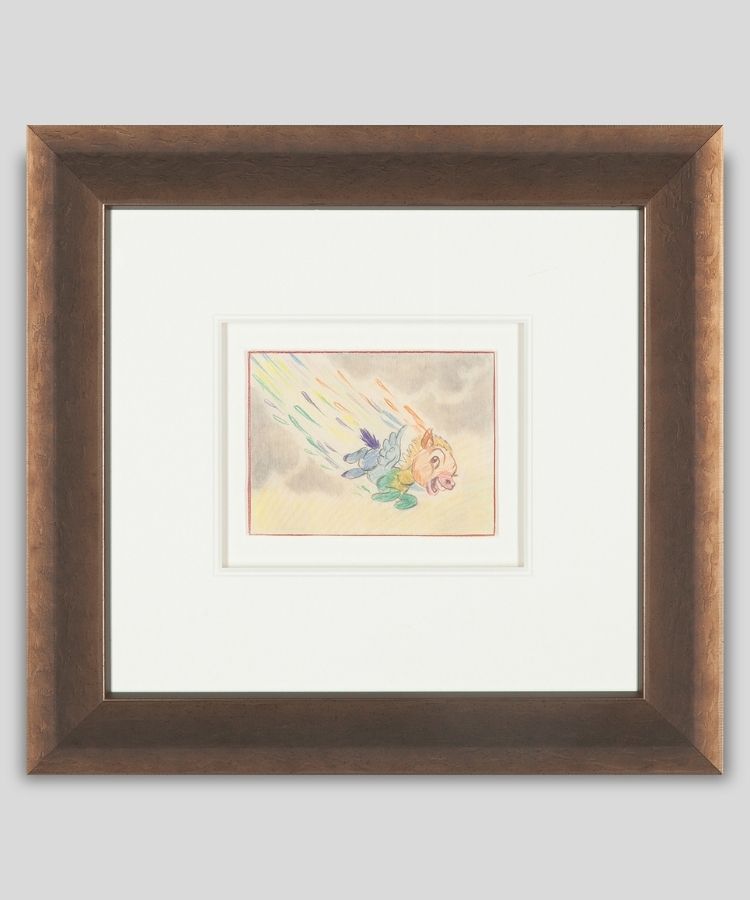 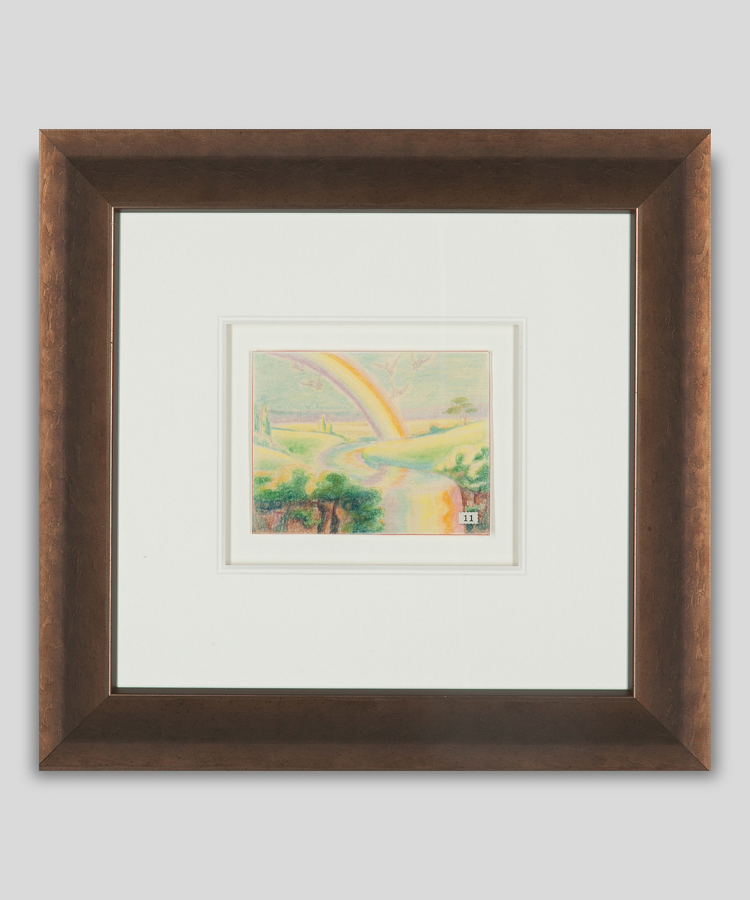 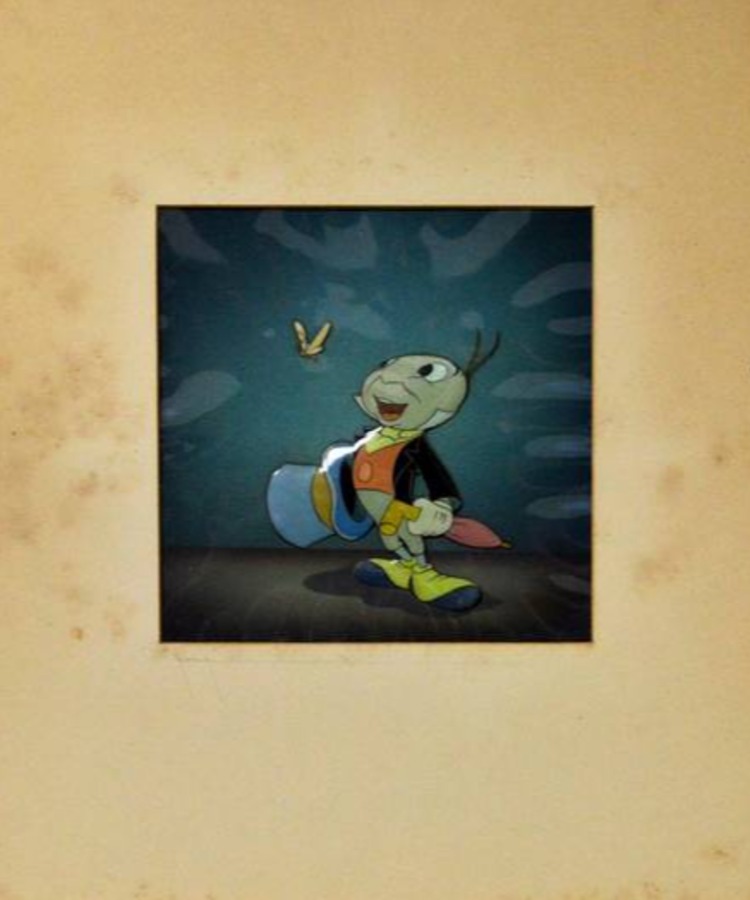 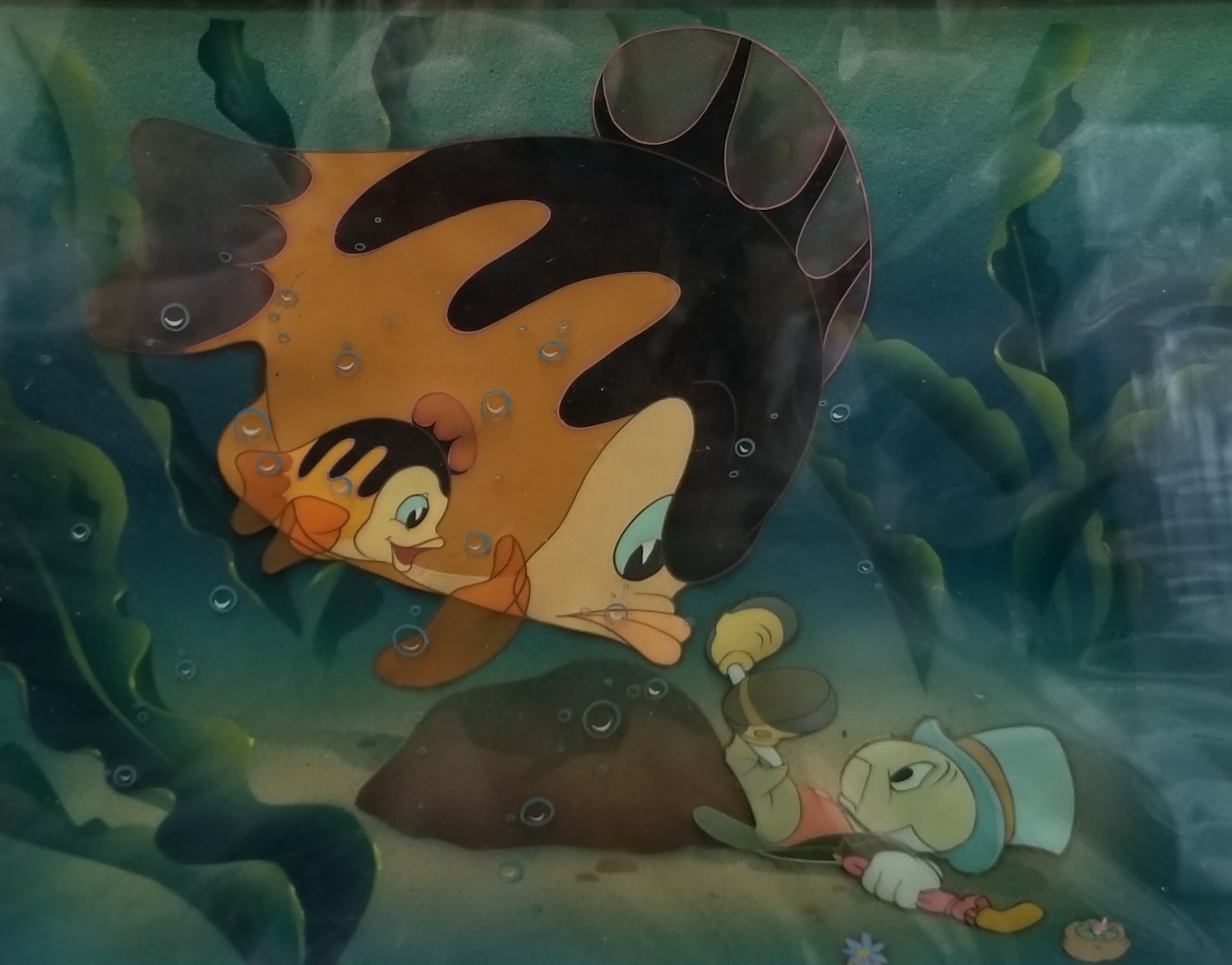 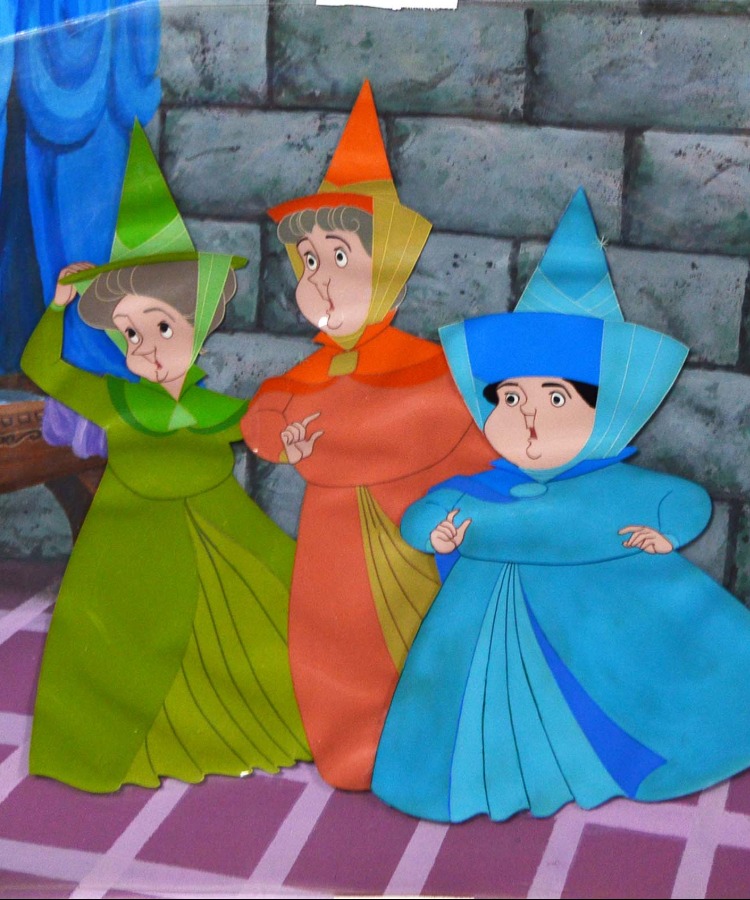 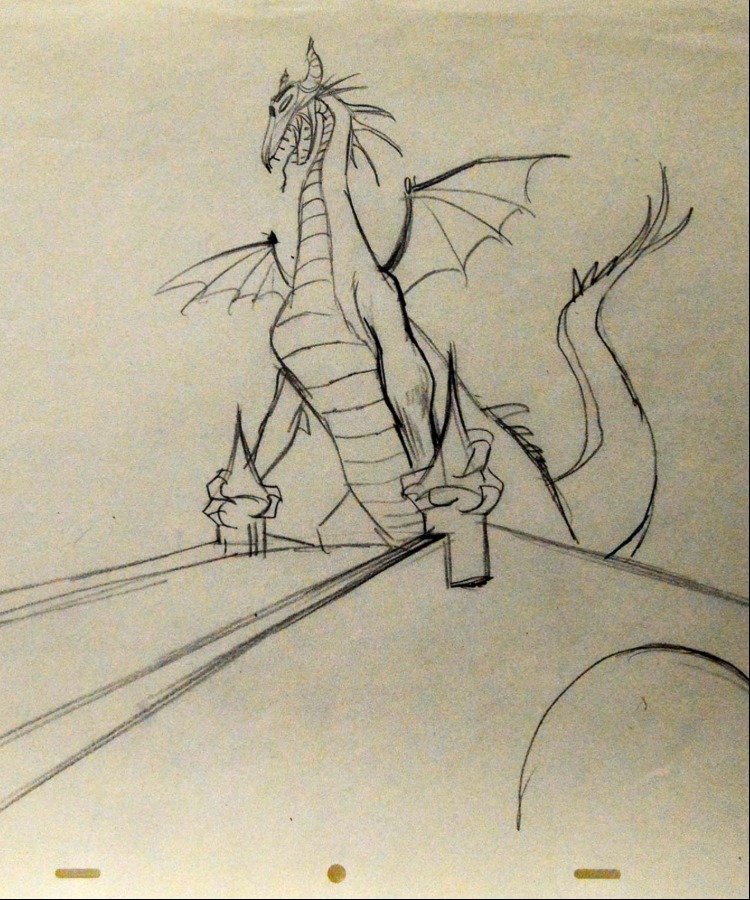 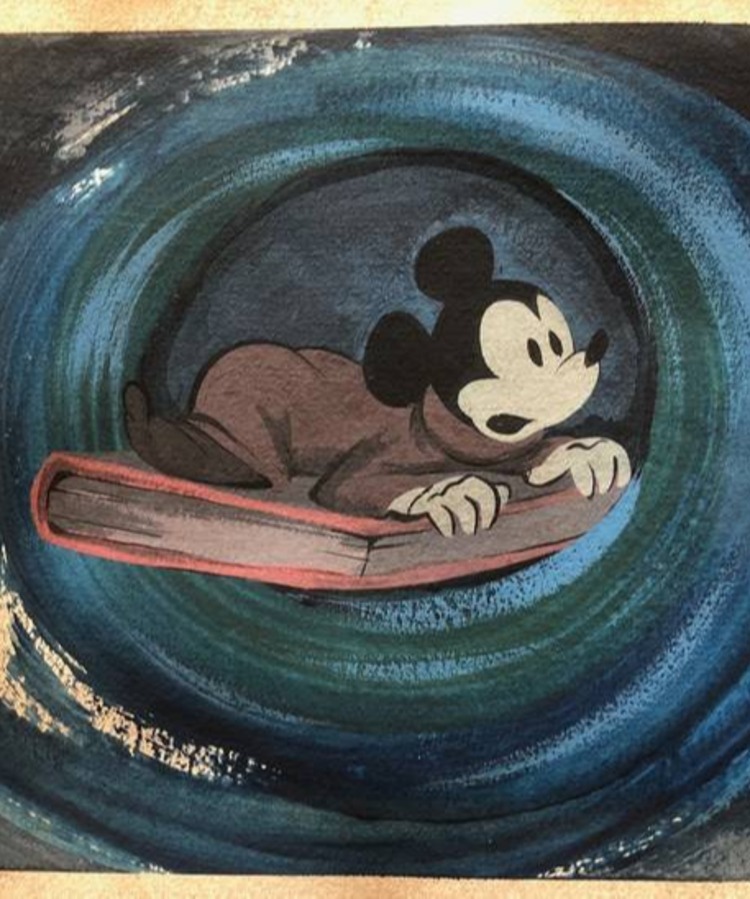 Mickey Painted Storyboard from Fantasia I 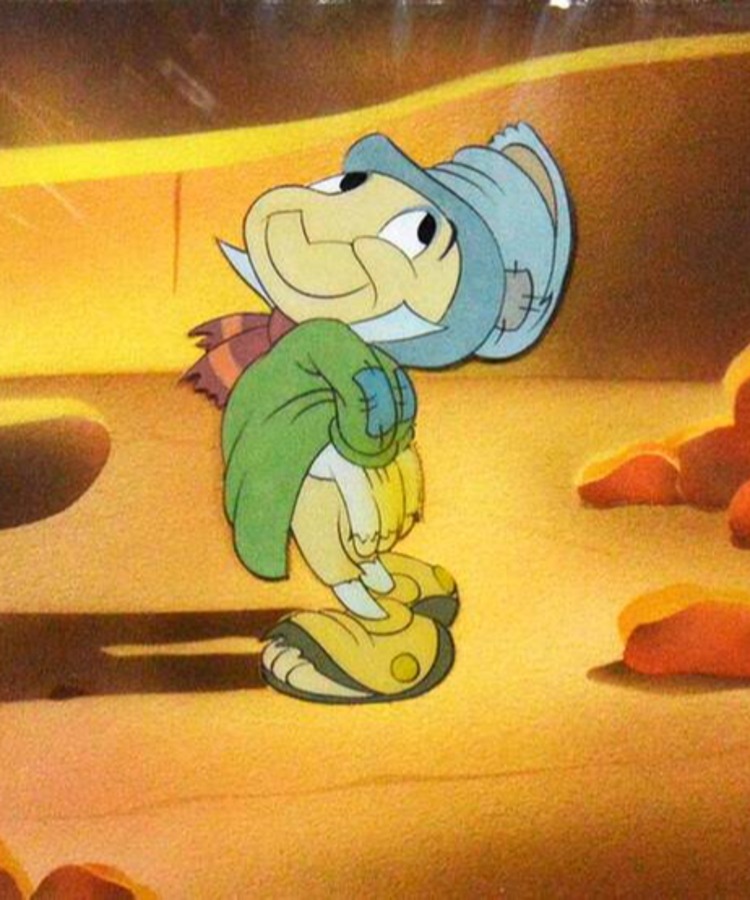 We were thrilled to get our hands on this amazing artefact from Disney animation history, which reveals the development of Pinocchio characters. Be the first to know about the latest additions to our collection by subscribing to our emails. Behind the scenes of our Disney Vintage collection!

Curated by one of the most reputable vintage animation art dealers in the world, our Disney Vintage collection boasts original works from the films that made history. Discover more about the different types of art.