Nature through an autistic eye: Call of the Wild by Alfie Bowen

Described as "an absolute inspiration" by the television presenter Chris Packham, Alfie Bowen is part of a growing movement to celebrate neurodiversity after speaking openly about his struggles with autism spectrum disorder (ASD). Once bullied so severely that he considered taking his own life, the young wildlife photographer turned to art as an escape, and his incredible gift pushed him to create his limited edition Call of the Wild series and release his first book, Wild World: Nature Through An Autistic Eye.

Featuring previously unseen photography of animals like red pandas, eagles, elephants and giraffes, the 228-page hardback book includes personal essays by Alfie and a foreword by Chris Packham, who was diagnosed with Asperger's syndrome - a high-functioning form of autism that affects social skills - as an adult. Highlighted by ITV News and The Times newspaper, it is the perfect space saver and will make a stunning addition to any bookshelf or coffee table.

The book is available alongside four new hand-signed artworks, one of which appears on the book's front cover. Alfie, who was recently appointed as a Nikon Z Creator and gave a talk to the Royal Photographic Society in September 2021, says: "We must do all we can to secure the future of these beautiful beings. One of my favourite quotes is from the American landscape photographer Ansel Adams, who said, 'the lens looks both ways'; it looks both into the animal and into the artist. My love of animals is shown in the work, along with my emotional side.”

If you'd like to find out more about the collection, get in touch to talk to a friendly art consultant. You can also discover more about each piece by clicking on the artworks below. 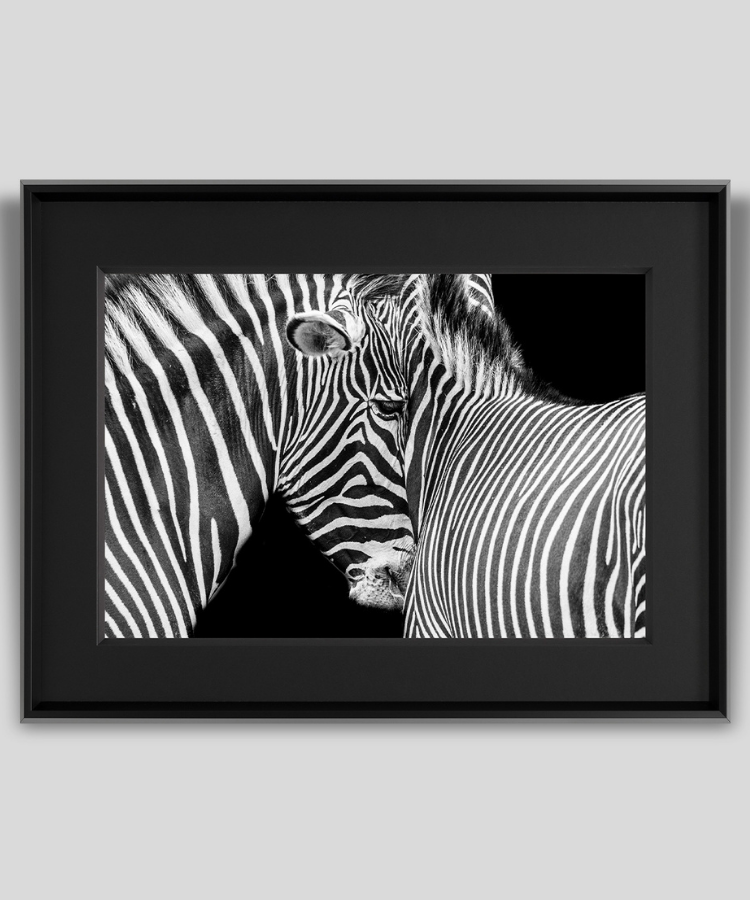 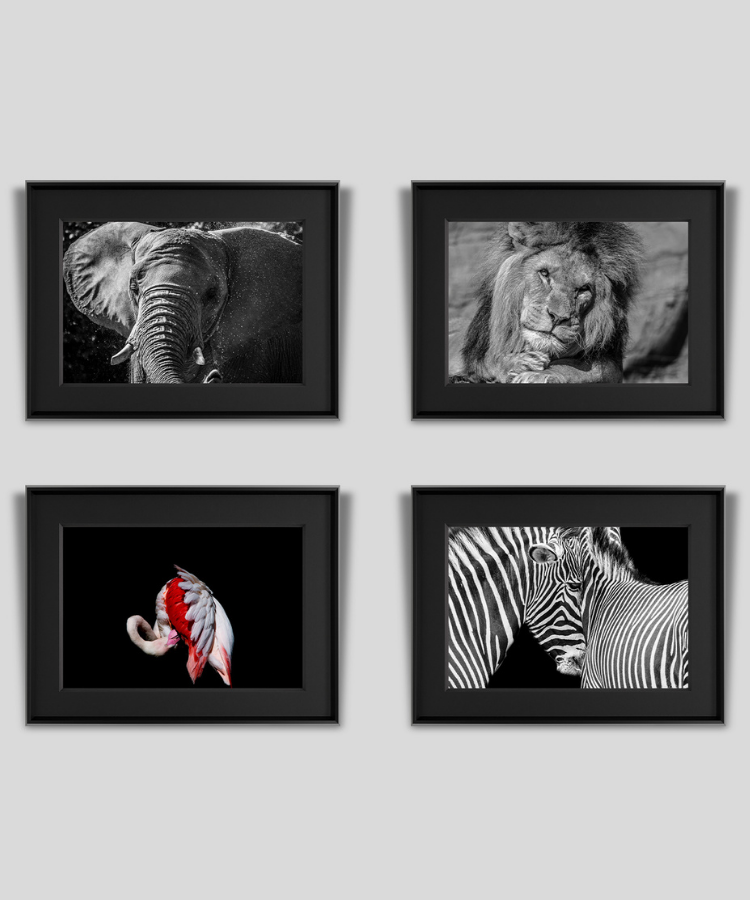 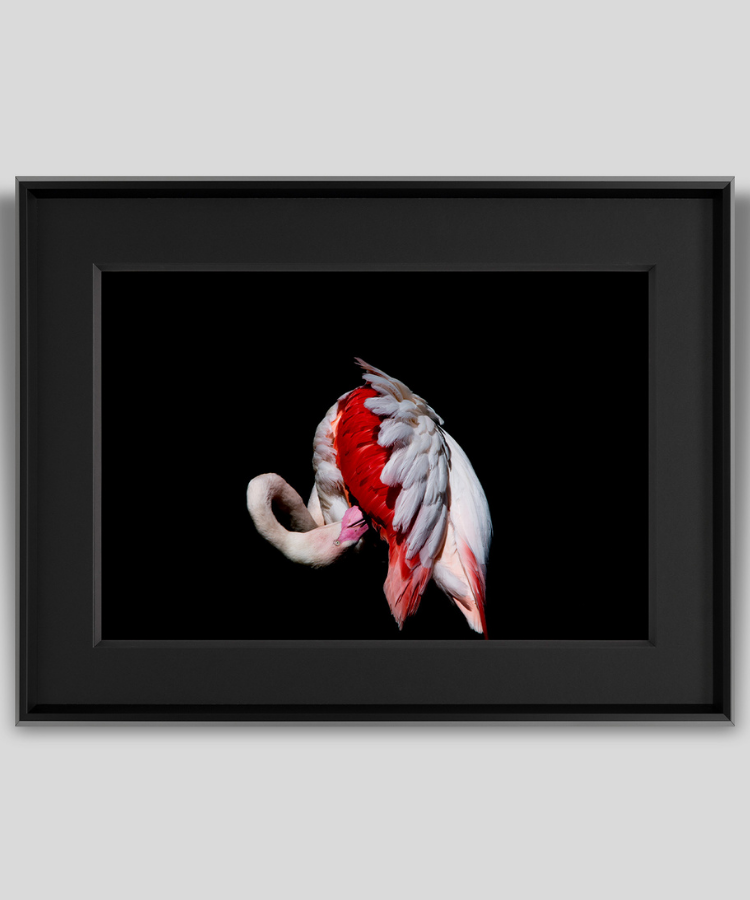 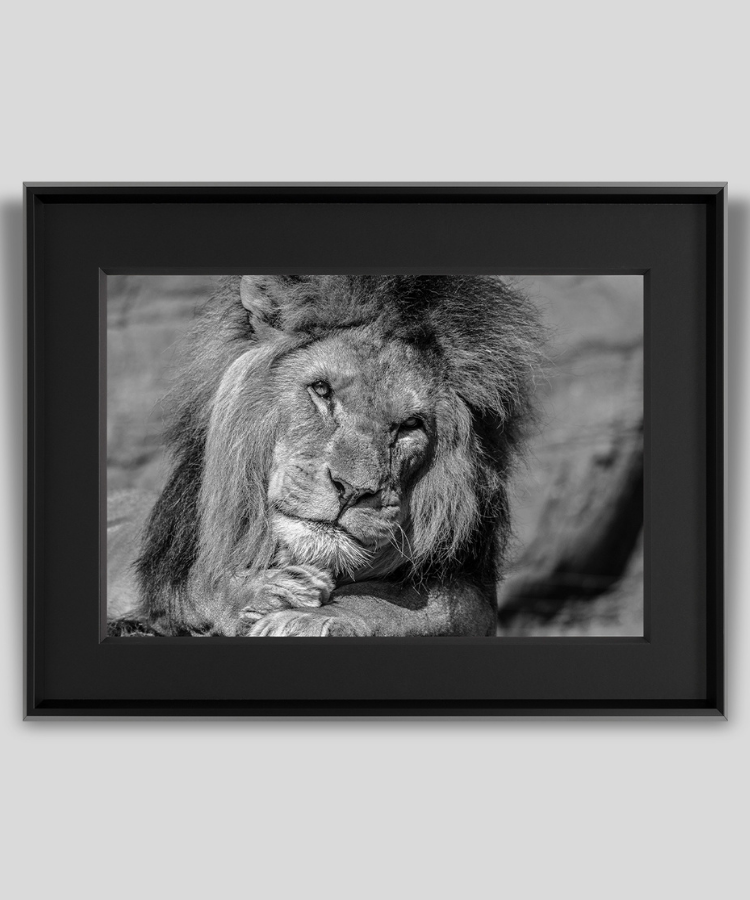 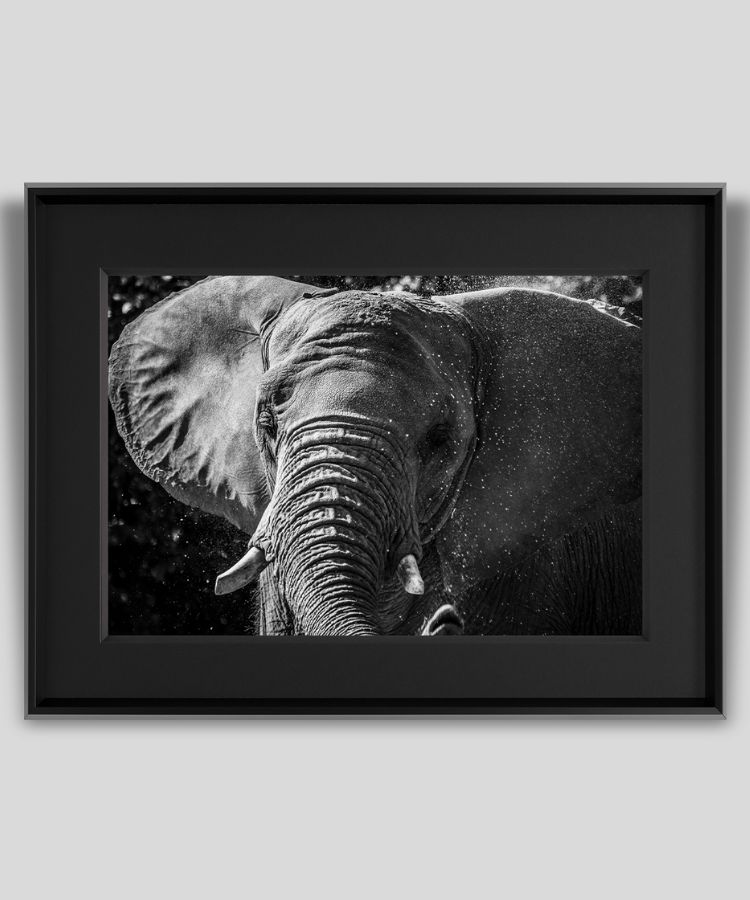 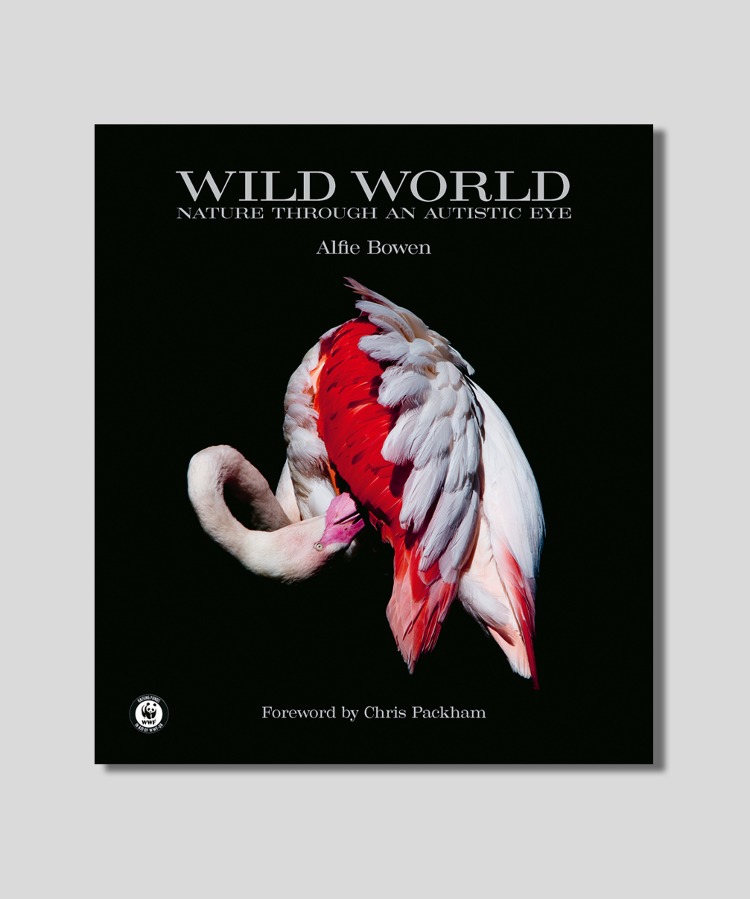 Featured art (L-R): 'Against Stripes', 'Fiesta', both £995. Framed in sustainable wood, these contemporary prints can be teamed with natural fabrics and foliage for an organic aesthetic. Shop more from the collection here.

To capture the amazing detail of the flamingo, zebra, elephant and lion, a selection of traditional and high-tech printing methods has been used. This includes silver gelatin printing, which has enhanced the scenes, creating incredibly crisp contrasts between the black and white shades. Widely used for early 20th-century black-and-white photography, this method involves projecting a negative image onto paper that has been treated with silver compounds suspended in gelatin before bathing the paper in a series of chemical baths to reveal the monochromatic image.

For the vivid colours of the flamingo, our specialist atelier team used C-type printing, whereby the silver compound layers are dyed three different colours - cyan, magenta and yellow - to produce a spectrum of tones and shades. The fragile nature of the two methods, along with the world-class quality of the fine art prints they create, make silver gelatin printing and C-type printing the most established forms of printing amongst professional photographers.

The incredible details, including water droplets and the crinkles of the elephant's ear, have been captured using fine art printing techniques. Featured art: 'Tusker', £995.

Alfie was recently included in Disability Power 100 2021, which lists the 100 most influential disabled people in the UK. His inspiring story forms part of an emerging movement to embrace the creative potential of neurodivergent people, which according to the New York Foundation for the Arts includes those with autism spectrum disorder (ASD), dyslexia and attention deficit hyperactivity disorder (ADHD) amongst others.

A 2015 study published in The Journal of Autism and Developmental Disorders found a strong link between autism and creativity, while experts have noted that traits - including intense focus, persistence and a superior attention to detail - can lead to increased levels of innovation. Other advantages include a unique vision, heightened sensory experiences and often a prefence for solitary activities.

It is believed that the Renaissance artist Michelangelo - famed for his 'David' sculpture and fresco on the ceiling of the Sistine Chapel - may have had high-functioning autism, while Dr. Judith Gould, PhD, lead clinical consultant at the Lorna Wing Centre for Autism in London, argues that the Pop artist Andy Warhol was on the autistic spectrum, as indicated by his repetitive and uniform imagery.

The art world is responding in turn to a growing acceptance and appreciation of neurodivergent artists. Collectives such as Arts et al. and Arts Project Australia are challenging norms, while in 2020, the New City Artists exhibition in St. Petersburg, Russia, rebelled against the mainstream art scene. In May 2021, Project Art Works - a group of neurodivergent artists and activists - was shortlisted for the Turner Prize, while the MoMA has displayed the work of Helen Rae, an 80-year-old artist with developmental disabilities.

Talking about the impact of his neurodivergence on his art, Alfie adds: “Autism allows me to notice small details about everything, which can be exhausting at times, but also beneficial for my art. It gives me the obsession and determination to keep working in the field until I capture the shot perfectly how I imagined it, which sometimes takes months."

Alfie now campaigns for autism and mental health awareness. He says: “One of my aims is to inspire other autistic children so none of them have to feel as lonely as I did. It’s a special feeling that I’m inspiring not only other artists, but also other autistic people. I get lots of letters from little children saying that I’ve inspired them to carry on and get out into nature."

Alfie Bowen with lambs as a child. Animals were an escape from the bullying he suffered due to his autism.

Behind the scenes at Chester Zoo

We went along with Alfie on his first-ever trip to one of the UK's biggest zoos to find out more about his projects with Nikon and WWF, and the positive impact of animals on his mental health. To be the first to see our new videos, subscribe to our YouTube channel.

"Alfie Bowen has given us a feast for the eye – his stunning images capture the beauty and majesty of the natural world and its wildlife; you will want to revisit them over and over again." Style our new arrivals, plus our new magazine lands soon!

We caught up with our Harrogate gallery for tips on how to style the latest releases from our spring 2022 collection, which features limited edition art from Paul Kenton, Jon Jones and Lawrence Coulson.