Washington Green and Castle Fine Art are proud to present the final instalment of Marvel 'Superheroes.' These iconic comic book covers created, orchestrated and masterminded by Stan Lee himself, pay homage to the original large scale art, penned and inked by some of the greatest artists to emerge from the comic book industry. Comprised of six of Stan's favourite classic covers from Marvel's unparalleled back catalogue, we present The Amazing Spider-Man, Captain America, Fantastic Four, The Mighty Thor and The Avengers. 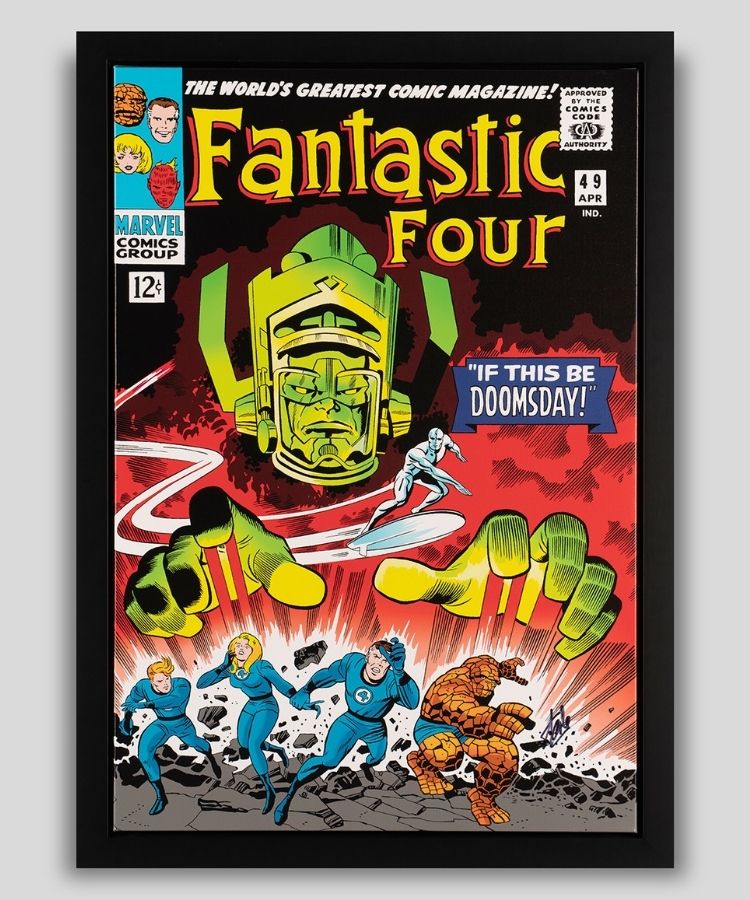 Fantastic Four #49 - If This Be Doomsday! (Boxed Canvas) 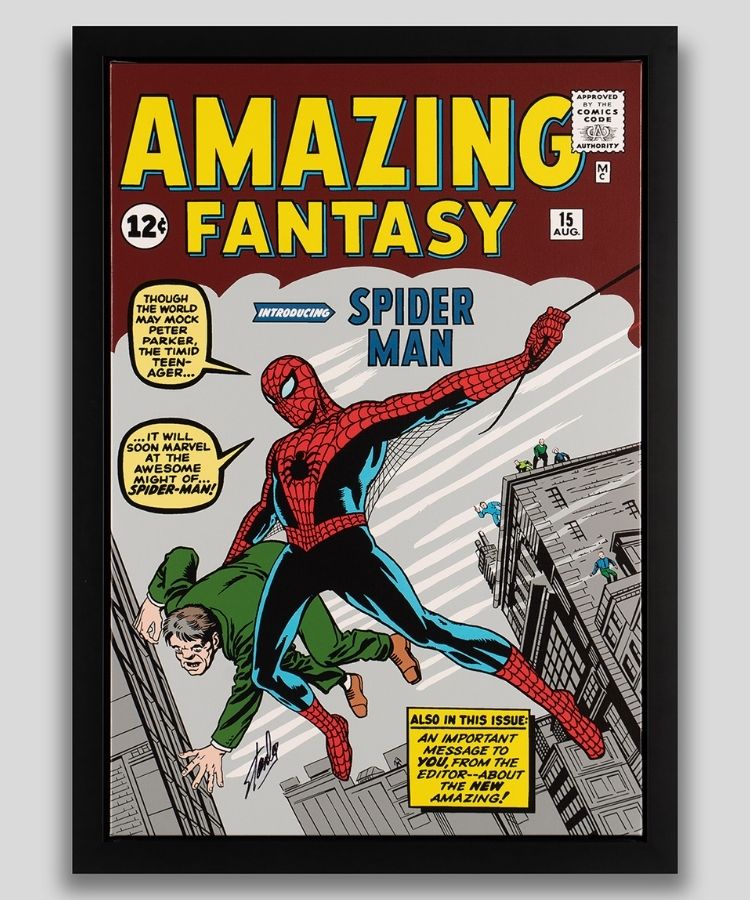 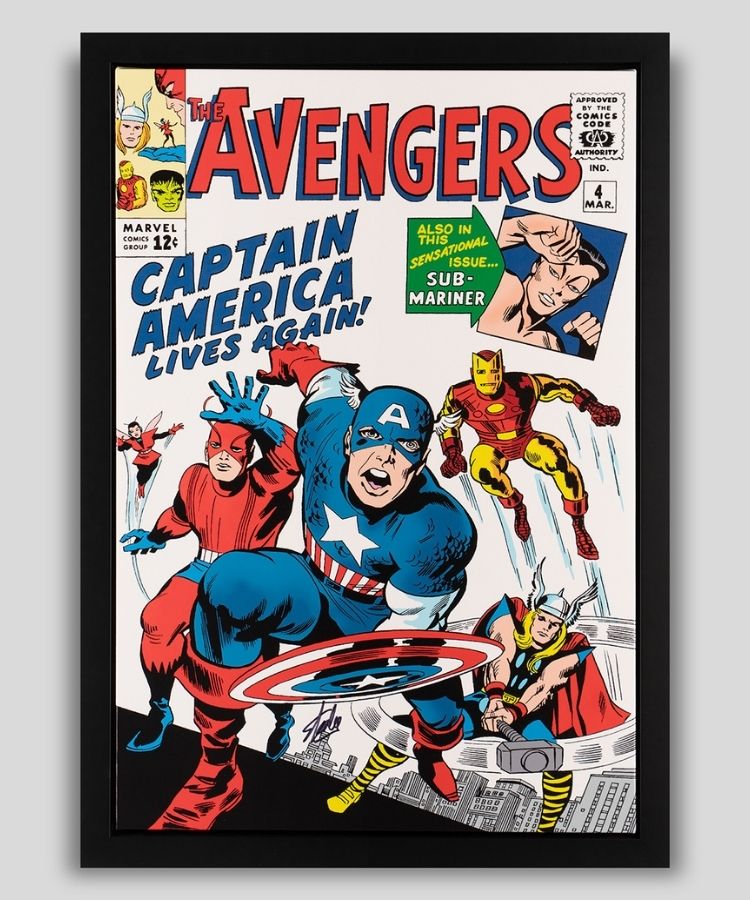 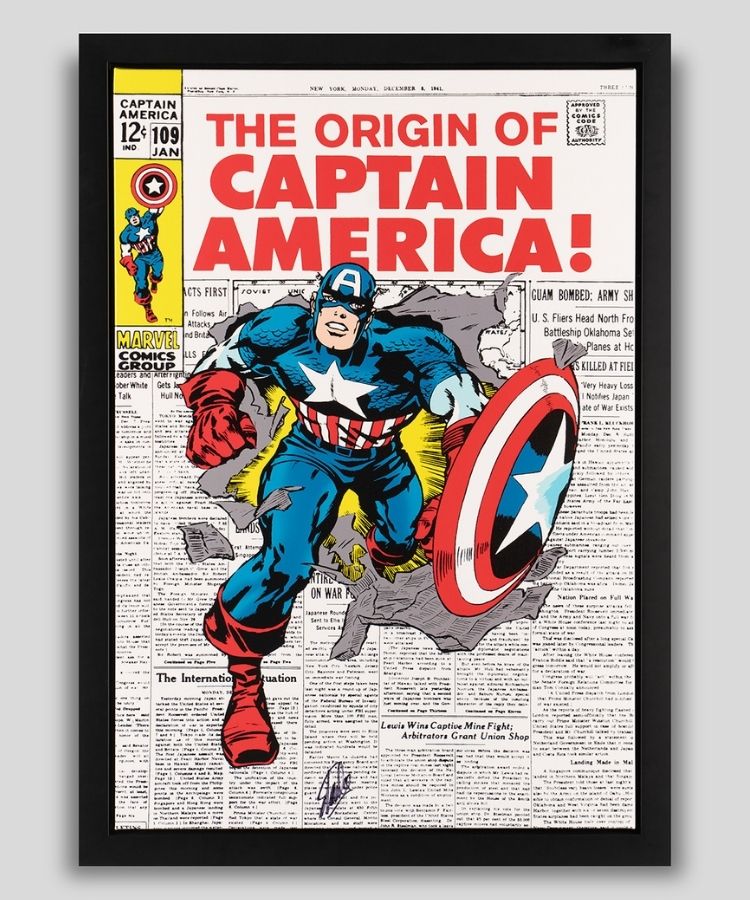 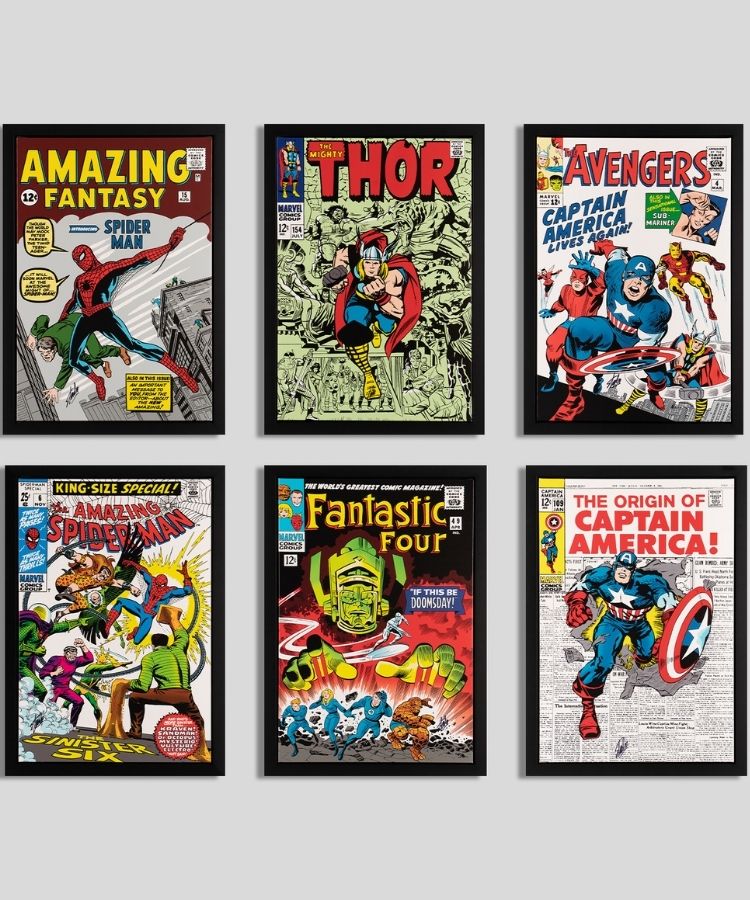 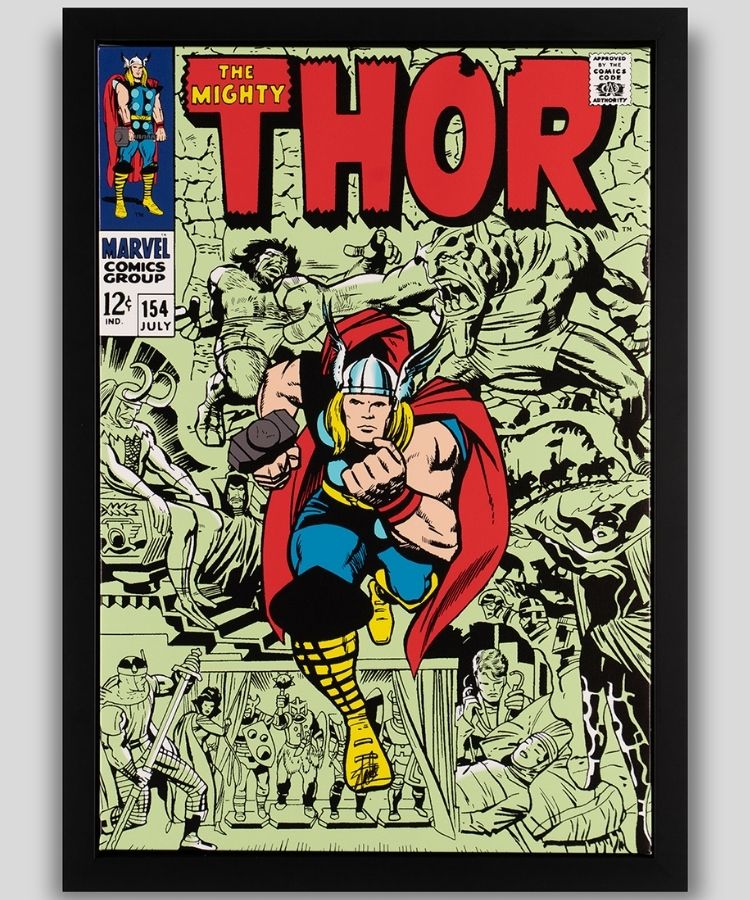 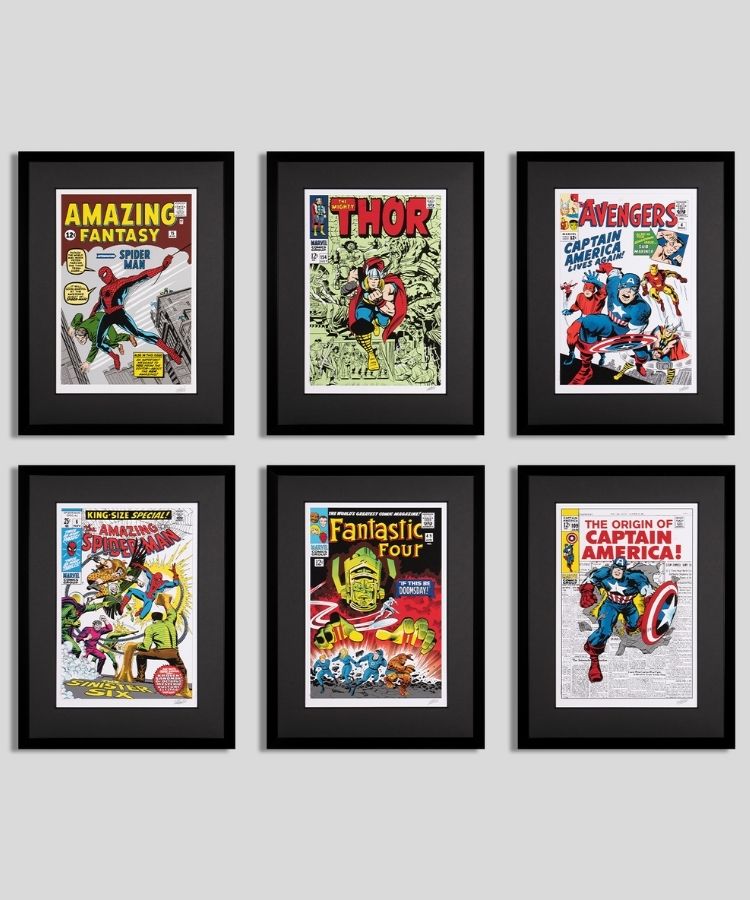 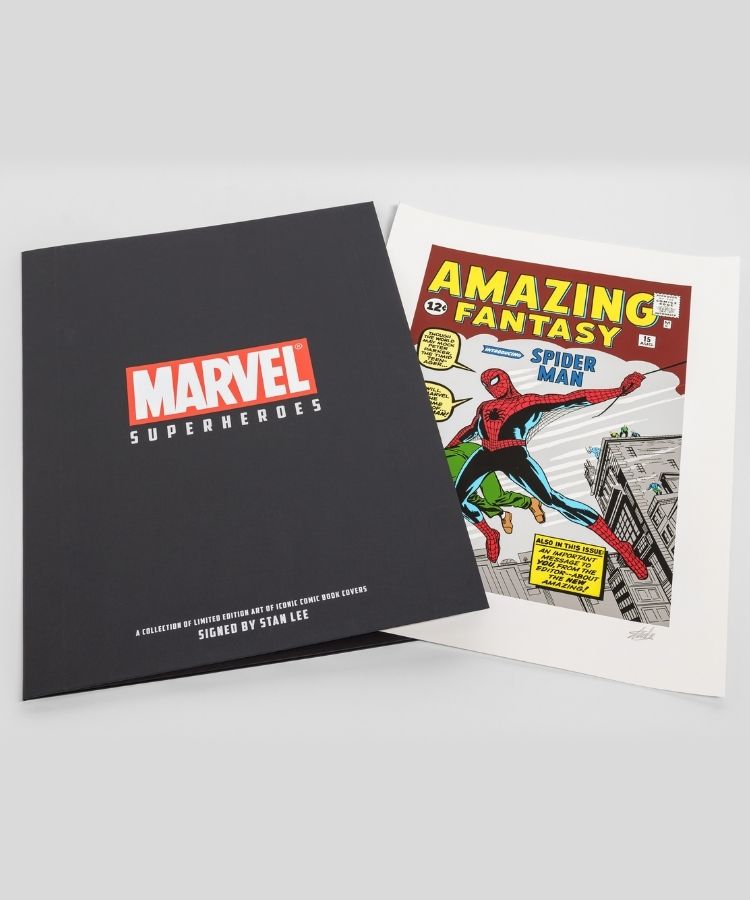 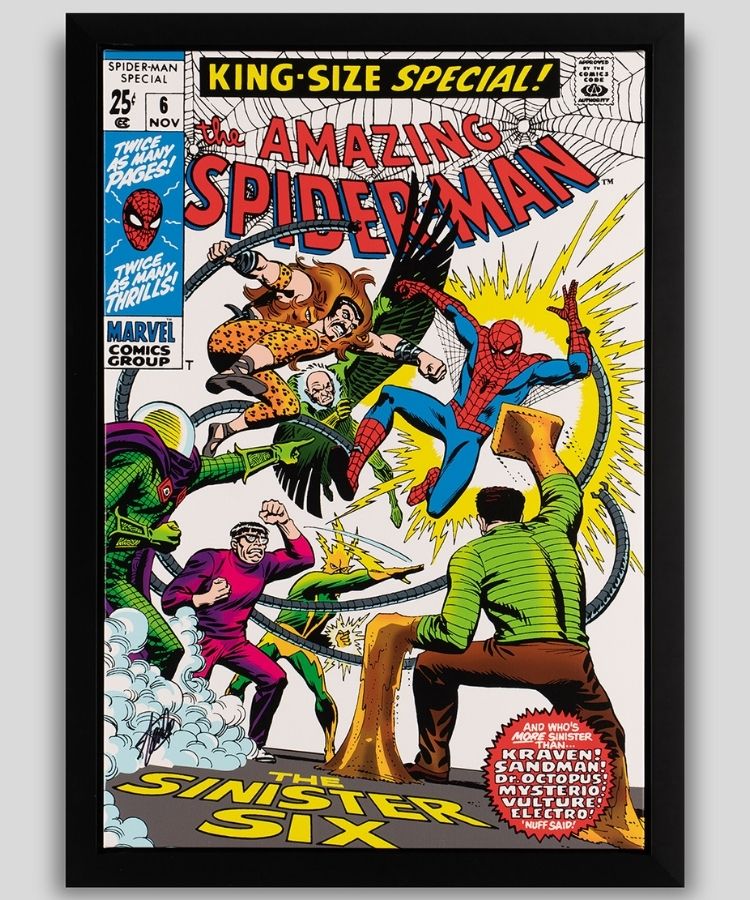 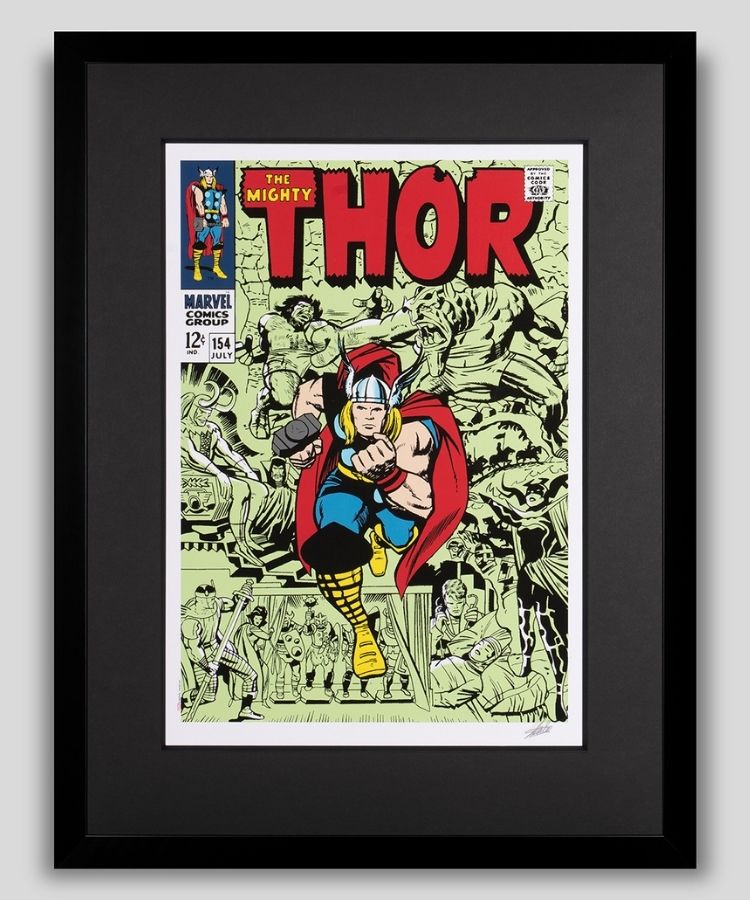 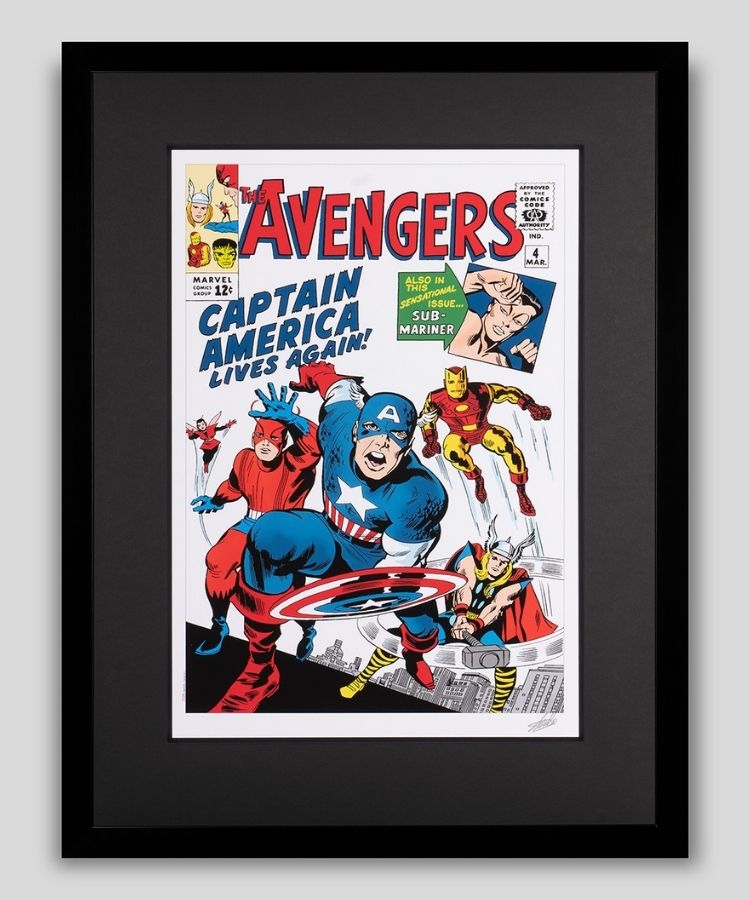 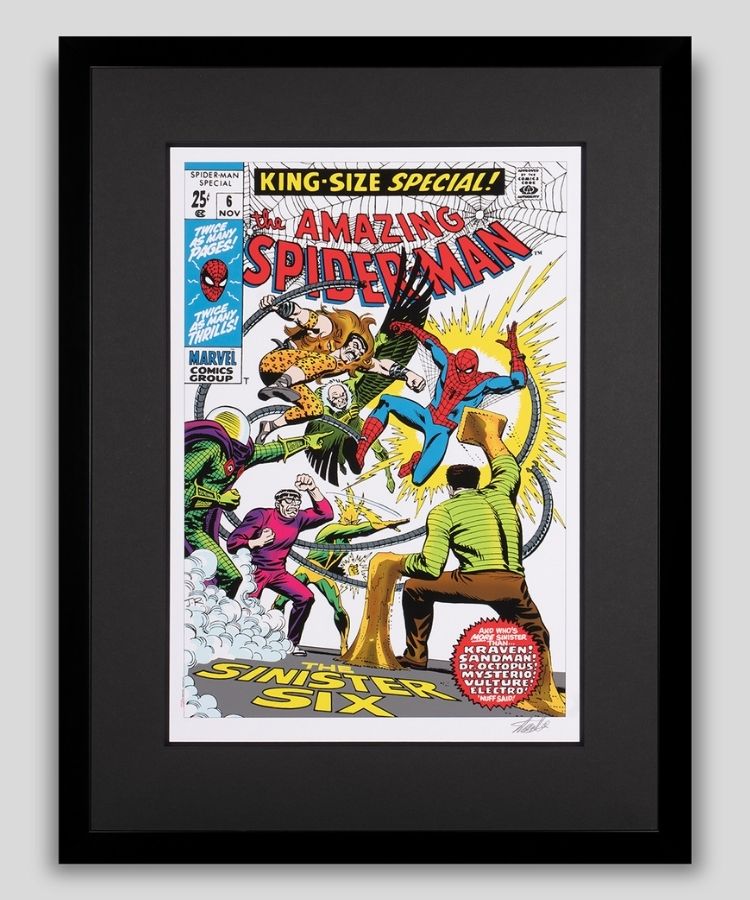 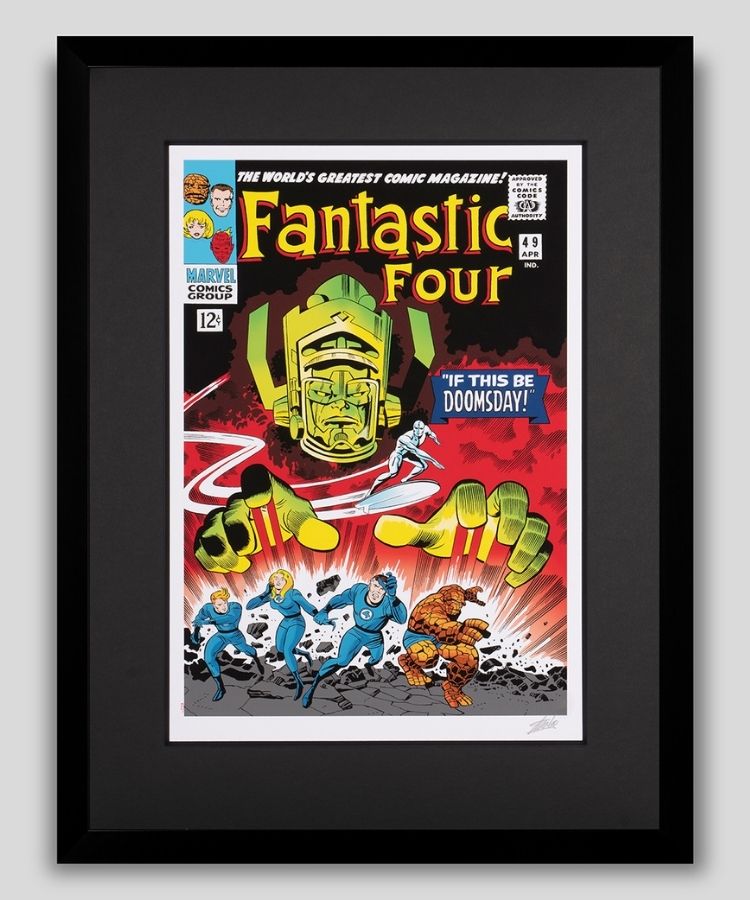 Fantastic Four #49 - If This Be Doomsday! (Giclée on paper) 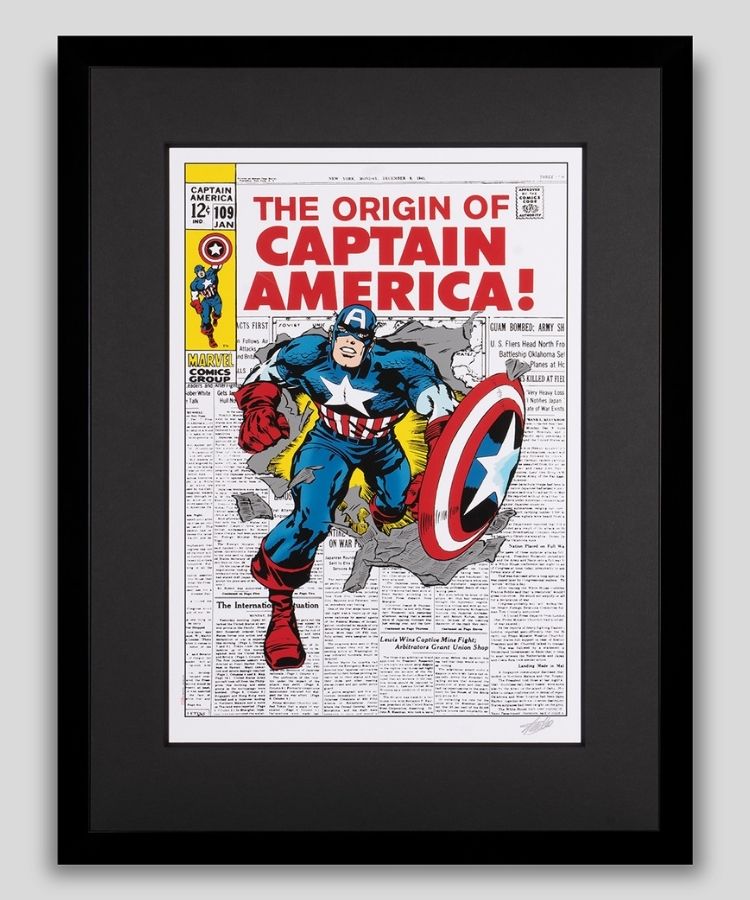 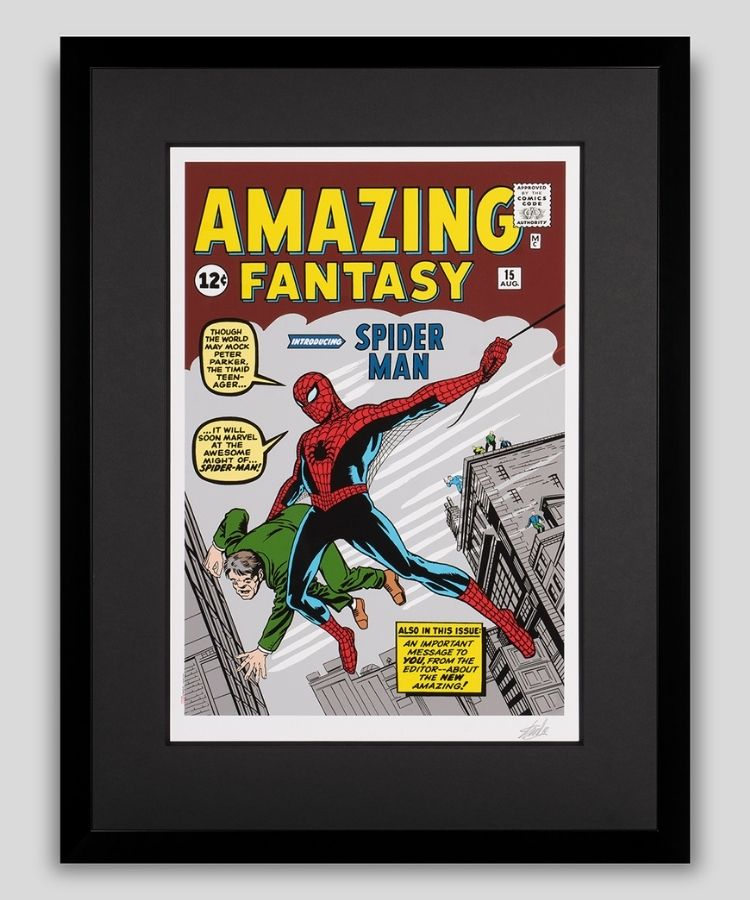 The Man, The Legend

Known affectionately by many as simply, “The Man,” the late Stan Lee proved to be much more than just that. He was a comic god, superhuman in his ability to create complex, unforgettable characters who somehow managed to save the world and steal our hearts. With a career spanning over 70 years as writer, editor, and former President and Chairman Emeritus of Marvel Comics, Stan has influenced the industry irrevocably.

Born Stanley Lieber in Manhattan, New York City on 28th December 1922, he graduated from high school at the young age of 16, going on to become an assistant at Timely Comics—a company we’d later come to know as Marvel Comics. Though Stan moved quickly up the ranks, the company struggled financially to keep its head above water. To help it stay afloat, the American visionary created a series of comics which, in collaboration with artist Jack Kirby, marked the birth of the Fantastic Four. One year later, together with Jack and Steve Ditko, Spider-Man swung into being, followed by fellow comic world giants like the Hulk, X-Men, Iron Man, the Silver Surfer, the Avengers and many other beloved favourites.

Using his trusted typewriter, Stan not only managed to originate these larger-than-life superheroes, but also seized responsibility of exploring social issues still relevant today like bigotry, injustice and discrimination. As a result, Stan’s Marvel Revolution extended far beyond the characters and storylines to engage with his audience, establishing a community between reader and creator that would go on to span generations.

Stan’s unconventional approach may have got him into hot water with the Comic Codes Authority, but in 1984 he was awarded the National Medal of Arts by the United States Congress – the highest honour awarded to an individual artist in the US. The accolade saw him join the high rolling ranks of Georgia O’Keeffe, Willem de Kooning, Roy Lichtenstein and Bob Dylan.

Despite reaching such lofty heights of notability, the Man has always maintained a down-to-earth image. Known as much for his rapport with fans as his impact on the world of comic books, he told the Radio Times in an interview, “It’s always great when people come up to me and mention how much they like the characters I’ve created. It’s always a great feeling to hear that.”

Such was Stan’s legend that upon his passing at the age of 95 in Los Angeles, 12th November 2018, millions of messages poured in from around the world. His guiding voice was a beacon for generations of readers who needed to see that it was okay to be different. That differences should be celebrated. We will forever remember his immortally self-deprecating, and yet simultaneously self-aware words: “I feel that if you’re able to entertain, you’re doing a good thing.” Luckily for us, the Man achieved extraordinary things. This seminal series of work, curated between 2012 and 2018, was the result of a collaboration between Marvel’s Chairman Emeritus, the late, great Stan Lee and Castle Fine Art’s publisher, Washington Green. For this swansong release, we bring you The Amazing Spider-Man, Captain America, The Avengers, the Fantastic Four and The Mighty Thor.

Ironically, this last instalment is comprised of many firsts. ‘Amazing Fantasy # 15—Introducing Spider-Man’ is one of the most collectable comic books within the Marvel universe and has sold for record prices as one of the most widely-read comics of all time. But that’s to be expected— it’s the first time Jack Kirby and Steve Ditko united to bring us the first ever appearance of Spider-Man. Rightfully so, it was one of Stan’s personal favourites and remains one of high importance to Marvel fans across the world today.

Two years before Captain America first rallied The Avengers with his famous line, “Avengers, assemble!”, Stan Lee recognised a need for an ensemble cast of characters who would bring together diverse personalities and strengths to defeat their enemies. Thus, Fantastic Four, Marvel’s “first family” was born, marking a new direction for the company in the sixties. Fantastic Four #49 sees the superhuman group joining forces with The Silver Surfer, originally sent to Earth by the villainous Galactus to destroy it. Crucially, this issue sparked a move towards Stan Lee expanding upon his superheroes’ alter egos; a shift in the narrative bestowed almost equal importance on the characters’ personal lives, solidifying the aim to keep his heroes both relatable and relevant.

Due to the phenomenal success of the films, The Avengers is arguably the better-known band of heroes. Stan was able to reintroduce Captain America into the Marvel Universe in The Avengers #4 after a hiatus of nearly 20 years, having debuted him in the 1940s under Timely Comics. The Captain represented the American ideal and, as a character that Stan Lee worked on with Jack Kirby at a time when both men were in far less senior positions, it was of great significance to them both to breathe new life into his story arc. It also presented an opportunity for the duo to retell Captain America’s journey into the popular domain, satisfying previously unconvinced comic fans by taking his narrative back full circle, where it first began.

Despite that age-old saying, “Don’t judge a book by its cover,” the cover of a comic is considered the most important piece of artwork within the book. The cover tells as much of a story as its inner pages, setting the scene for the action and adventure to come. Just like a film director, the artist manipulates the viewer’s experience through their own vision and interpretation. It’s both a statement and an advertisement, enticing the would-be reader into buying. When it’s well-executed, it can entirely transform the viewer’s understanding of character and plot. Composition, lighting and colour all help to focus the reader’s attention to the important features on the cover.

But as any Marvel aficionado will know, cover art can be a tool for misdirection, too. The comic’s front can show the hero on the brink of death, or perhaps the world coming to an apocalyptic end. However, chances are that within the inner pages, good will triumph over evil.

Therein lies the delicacy of touch needed by the revered Marvel cover artists; the overarching message must be enticing yet elusive, informative yet obscure. The artist isn’t just tasked with illustrating a head-turner, but a page-turner also; new mythology for the twenty-first century.

The prestigious Miami museum is exhibiting more than 180 of Dylan's paintings, drawings and sculptures, spanning 60 years of his art. Get in touch to find out more about this interactive and immersive display.
Essential cookies