When former prime minister David Cameron gifted Barack Obama a canvas by the then largely-unknown street artist Ben Eine in 2010,  it stoked the fire for discussion surrounding what constitutes fine art. With around 20 arrests and five convictions for criminal damage under his belt, the English graffitist was perhaps not a typical poster boy for contemporary art, but his acceptance by the U.S. president illustrated the genre's ever-shifting boundaries.

Under British law, graffiti is still considered an act of vandalism and in line with the Criminal Damage Act of 1971, anyone caught in the act of 'destroying or damaging property' will be arrested and face a fine or imprisonment. But with artists like Banksy achieving international fame and fetching sums of up to $1.87 million at auction, is it time for graffiti to be recognised as a valuable genre? It's reported that the UK government spends £300 million every year cleaning graffiti off public buildings, but in their efforts to eradicate, they could potentially be missing out on the positive effects it can have on communities.

A report by the Heritage Lottery Fund stated that Bristol Museum's 2009 Bansky exhibition accounted for 50,000 bed spaces in hotels and guest houses, while graffiti-hunting has become a tourist attraction in areas like East London and New York's Lower East Side.

In fact, a Ph.D student at the University of Chicago recently argued that the genre is "contributing to gentrification" and "the appeal of certain neighbourhoods."

How are our artists inspired by graffiti?

From Temper to John D Wilson and Emma Grzonkowski, many of our artists have been inspired by street art and the hip hop genre.

In November 2017, Emma was selected to depict the headline acts for Spotify's first-ever live music event, 'Who We Be'. The Chester-based painter captured urban artists like Bugzy Malone, Dizzee Rascal and Cardi B for the colourful piece - which then took pride of place at Spotify HQ.

For her latest collection, Eden, Emma revisited the hip hop genre for a bolder energy and colour palette. 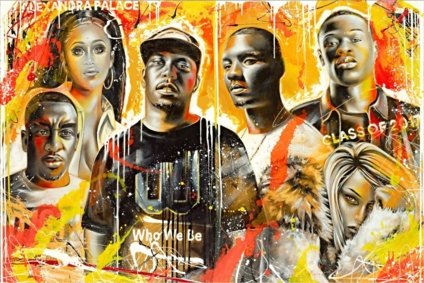 Emma Grzonkowski headlines at Who We Be

The figurative artist was commissioned to create a piece to mark Spotify's first live music event. Her vibrant painting captures musicians including Dizzee Rascal and Cardi B, and now hangs in Bugzy Malone's home. 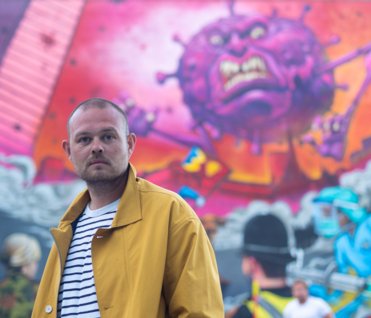 Internationally-renowned street artist Gent 48’s vibrant mural in Birmingham city centre has been released as a limited edition print to help local charities. View it at our Mailbox gallery! 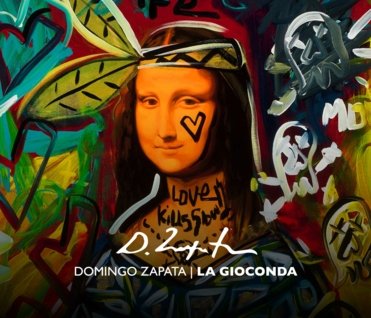 What would happen if Leonardo da Vinci's 'Mona Lisa' was exposed to street art and graffiti? That's exactly what the Neo-Expressionist painter explored in his debut collection with Castle Fine Art.