The incredible story of John Myatt has already inspired the new Genuine Fakes book, with a film also on the way. For the latest release from his collectible series of 'genuine fakes', the acclaimed artist turned his focus to the 20th-century painter Edward Hopper, whose relatable depictions of urban scenes depict the loneliness and strangeness of familiar city life. 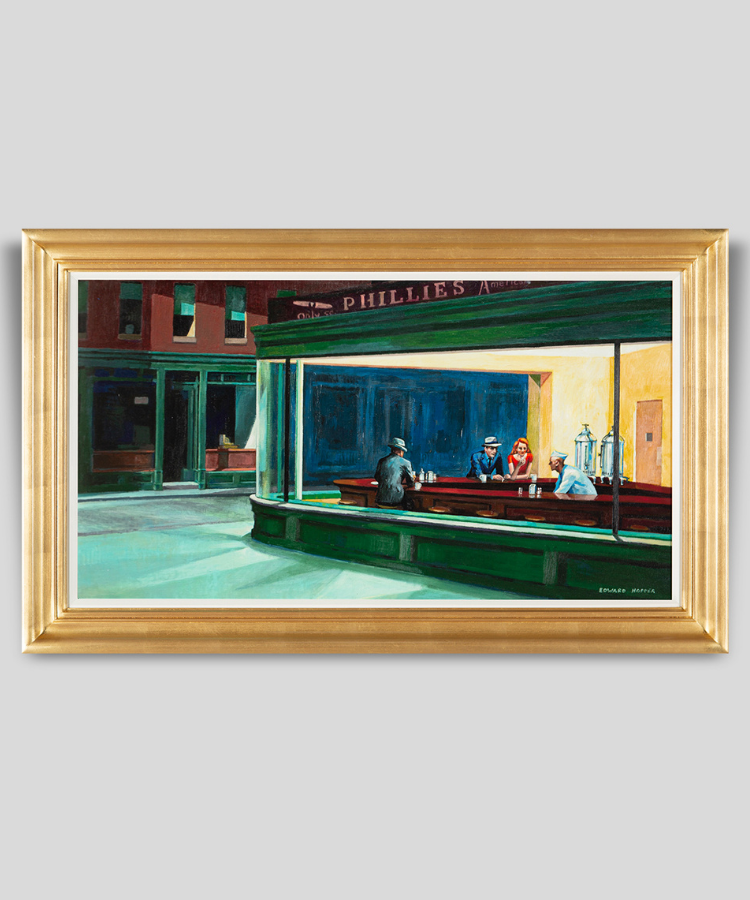 'Nighthawks' In The Style of Edward Hopper 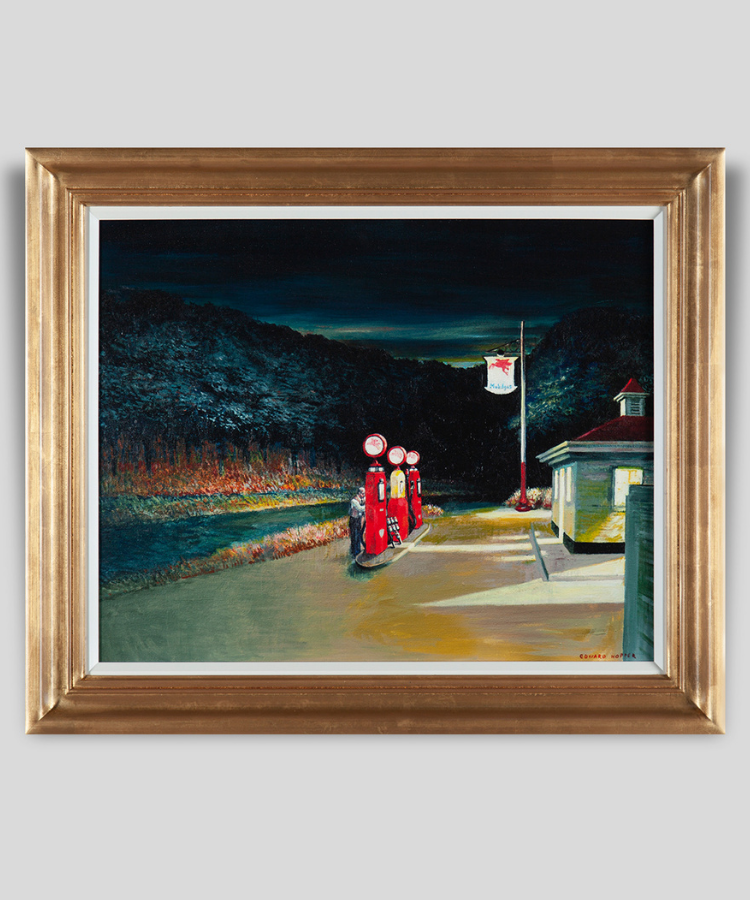 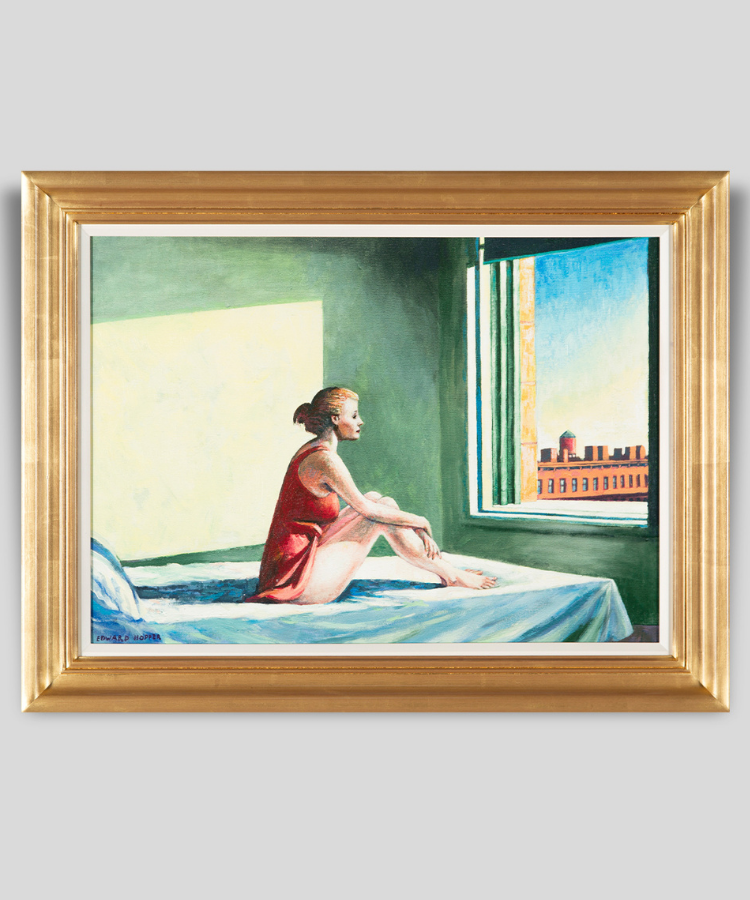 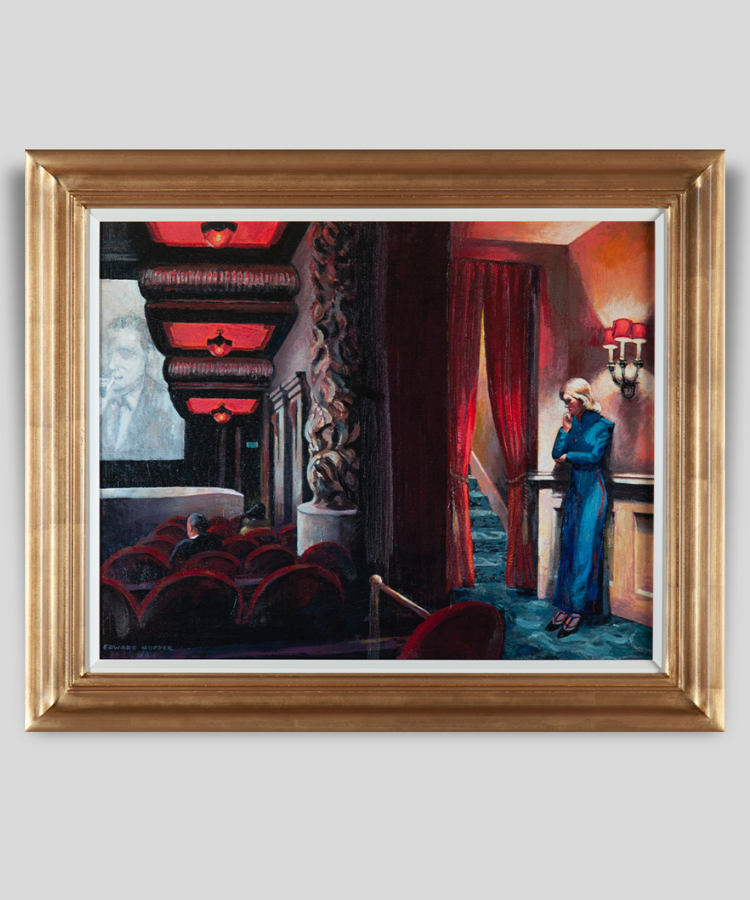 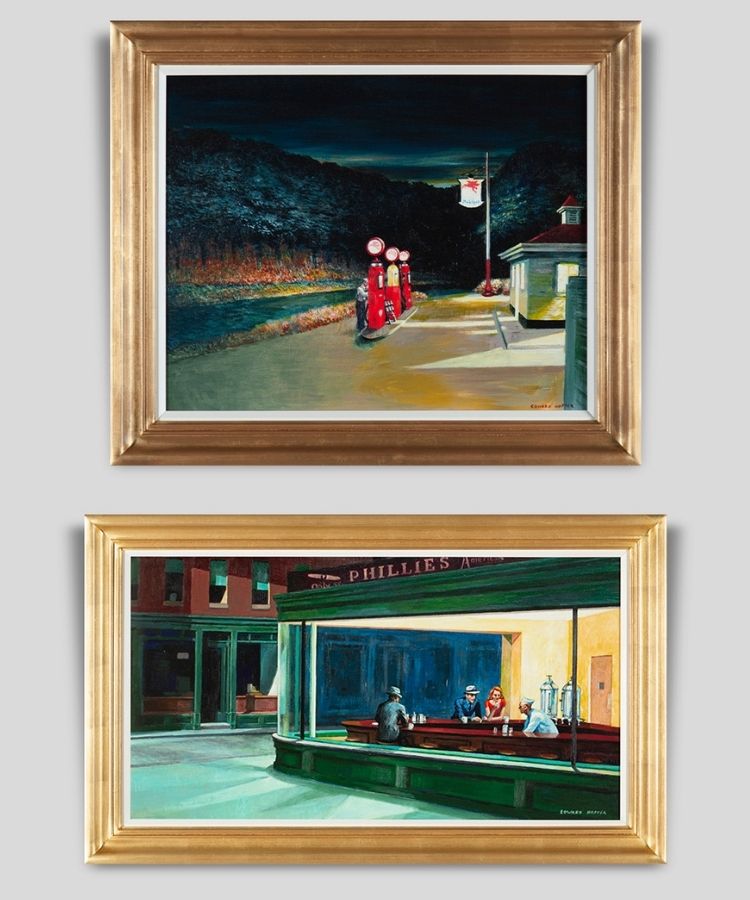 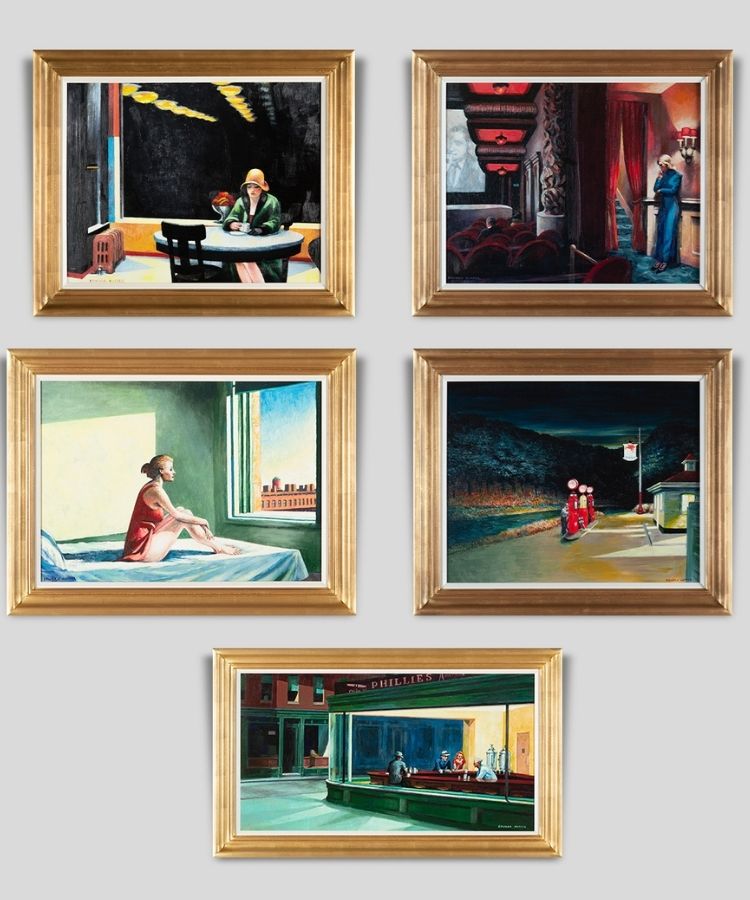 The Hopper Collection Set of Five 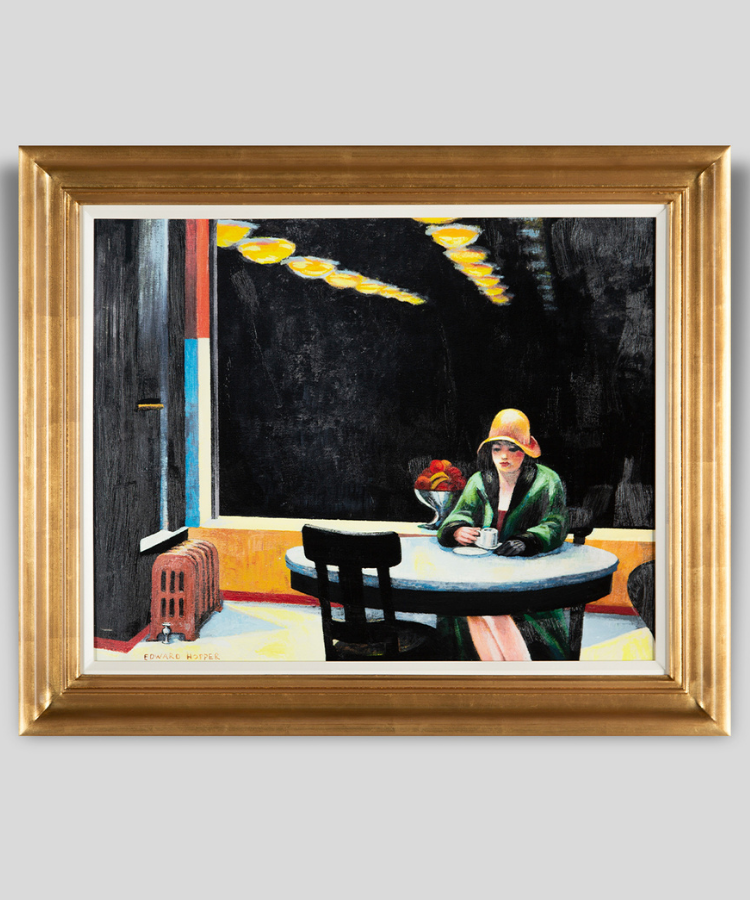 Named after John's now-infamous ad in Private Eye magazine for convincing replicas of classical works, the innovative Genuine Fakes series showcases the talent that led to his supporting role in one of the most sophisticated art frauds in history. Alongside an upcoming feature-length film about his incredible story, Genuine Fakes: The Hopper Collection reflects the enduring interest in the artist, who has appeared on television shows including Fake! The Great Masterpiece Challenge and Fake or Fortune.

Hopper's cinematic aesthetic - characterised by the juxtaposition of light and darkness, and a theatrical voyeurism that inspired the Hollywood director Alfred Hitchcock - is captured in the saturated colours of the signed limited edition prints. Created using the fine art giclée process, the hand-embellished canvasses are presented in the same style frame as Hopper, which has also been finished with gold foil and lightly distressed for an authentic vintage feel.

Amongst the selection are interpretations of some of Hopper's best-known works, including 'Nighthawks' (1942) and 'New York Movie' (1939), which are currently on display at the Art Institute of Chicago and the Museum of Modern Art respectively. John adds: "Hopper places the actors on the stage, but it is up to the viewer to write the script. Your personal interpretation of the 'story' in the painting – what has just happened, what will happen next – is up to you."

Who was Edward Hopper?

Many of Edward Hopper's original paintings were created in response to the aftermath of World War One and World War Two. His most famous work, 'Nighthawks', was created following Japan's surprise attack on the U.S. naval base Pearl Harbor in 1941. It is thought by many that his solitary figures and themes of loneliness and resignation symbolised the feelings of American citizens towards the rest of the world in the inter-war and post-war years.

John says: "The paintings are all 'set' pieces; I’m sure Hopper had the idea for 'Nighthawks' before he found the café that he used. So the paintings are contrived to serve the artist's purpose. It's a kind of conceptual art that highlights the individual person and their experience of life in an industrialised and mechanised society. It also shows the alienation of the mid-20th-century urban life, particularly in North America and New York."

Hopper's impact on the art world cannot be overstated: he influenced both the Pop Art and New Realism movements, and artists including Mark Rothko and Willem de Kooning have cited him as an inspiration. In 2005, the street artist Banksy created a four-metre-long satirical oil painting based on 'Nighthawks', while in 2018, Hopper's 'Chop Suey' artwork sold at Christie's for $91.9 million.

Glyn Washington, the co-founder of our publisher, Washington Green, visited John at his home in Staffordshire to explore the inspirations behind the collection and their mutual admiration of Edward Hopper. Discover more exclusive behind-the-scenes videos on our YouTube channel.

Now a book and film

John's amazing story has been adapted for an upcoming feature-length film. It is also the inspiration for the new Genuine Fakes book, written by his wife, Rosemary, which tells the tale of the 'charming' and 'suave' Michael Vaughan-Taylor, who forms a cunning plan to fool the art world and enlists the help of a talented artist named John Blake. We grabbed an exclusive interview with Rosemary to find out more.

The new Genuine Fakes book by John's wife, Rosemary, is based on the script of an upcoming feature-length film. How did it to feel to write your husband's story?

To be able to bring my husband’s incredible story to life was an exciting experience. Knowing him so well was a great help in forming a good structure and giving the book authenticity. It also meant that the story hopefully gained extra punch and credibility.

Were there any challenges when creating the character of John Blake?

I worked closely with John to develop the John Blake character, and others too. I felt it was important that I tried to understand the difficulties and consequences of being left in such a vulnerable position with two young children, and how, after meeting Vaughan-Taylor, this went on to mould everything that happened next in his world, and in the future.

What kind of research did you do?

We have various bits of memorabilia around the house, and newspaper articles that remind John of those days. We even have photocopies of the original advert he placed in Private Eye magazine!

How did you strike a balance between reality and fiction?

The book was always intended to be a work of fiction, not a documentary, so I had enormous fun inventing some new characters who never existed in real life but helped the story to develop and become even more interesting. They're everywhere, but what exactly is an NFT? With record-breaking sales of up to $91.8 million, we explore the latest movement to spearhead the future of contemporary art.
Essential cookies