For Johnny Depp there has always been art. Before acting, and before music, art has always been an important outlet for his creativity. While his acting repertoire is the foundation for his fame, the recent reception to his music with Jeff Beck has encouraged him, and emboldened him, to share his art.

Johnny Depp's debut collection Friends & Heroes is now officially sold out. This world-first release proved to be our fastest-selling collection to date, selling out in just hours. Did you miss out? Click here for exclusive access to future releases.

Johnny Depp's collection Friends & Heroes saw him focus on people he has known well, and who have inspired him as a person. Each image is an intimate reflection of their character in Johnny's eyes; a portrayal of how they have revealed themselves to him. From his dear friend Keith Richards, who inspired the mannerisms of the infamous Captain Jack Sparrow, to Bob Dylan, whose creative influence on the artist is seen in his vivid and immortal portrayal by Johnny.

Learn more about the artist and his debut collection in the brochure. 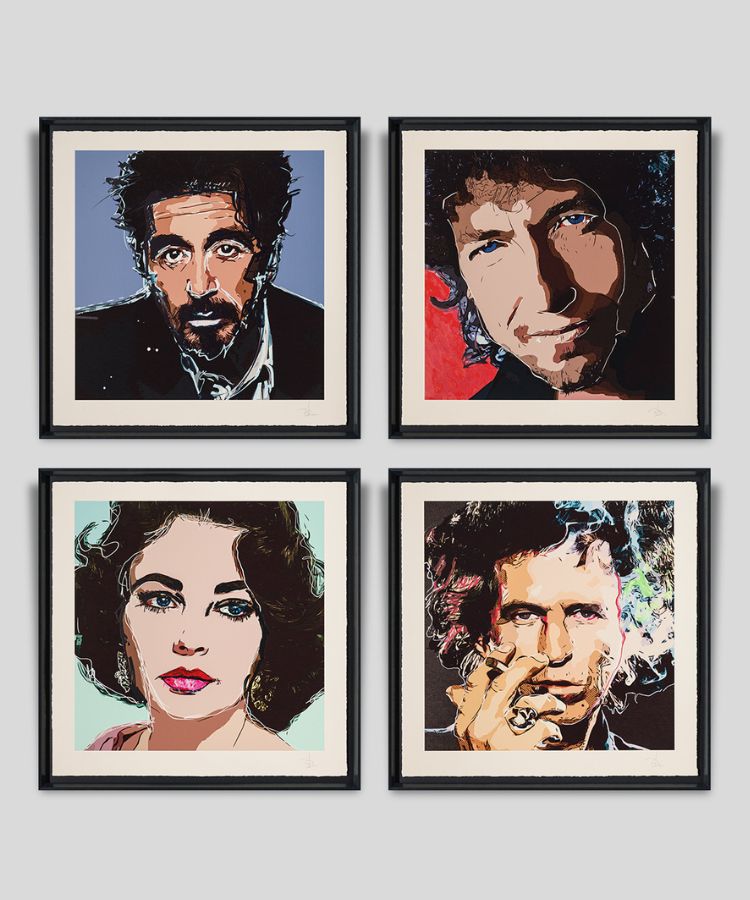 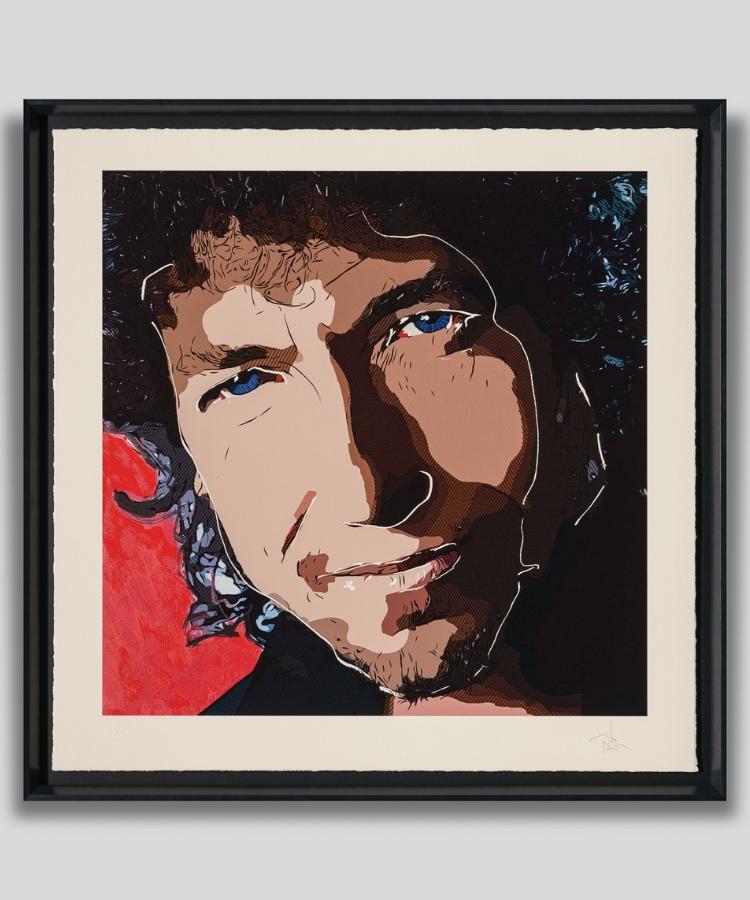 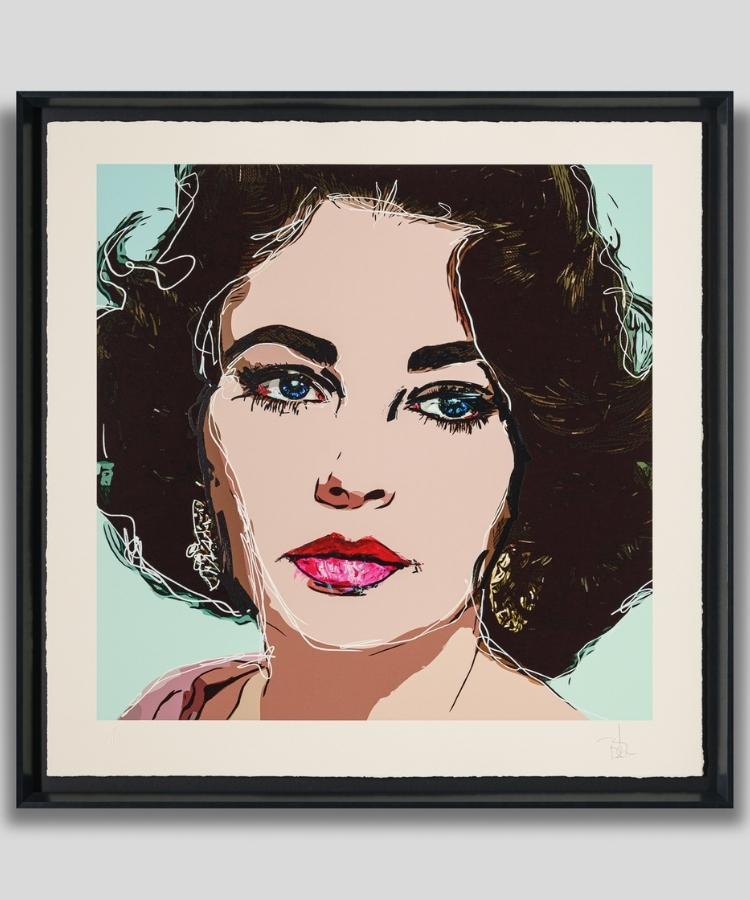 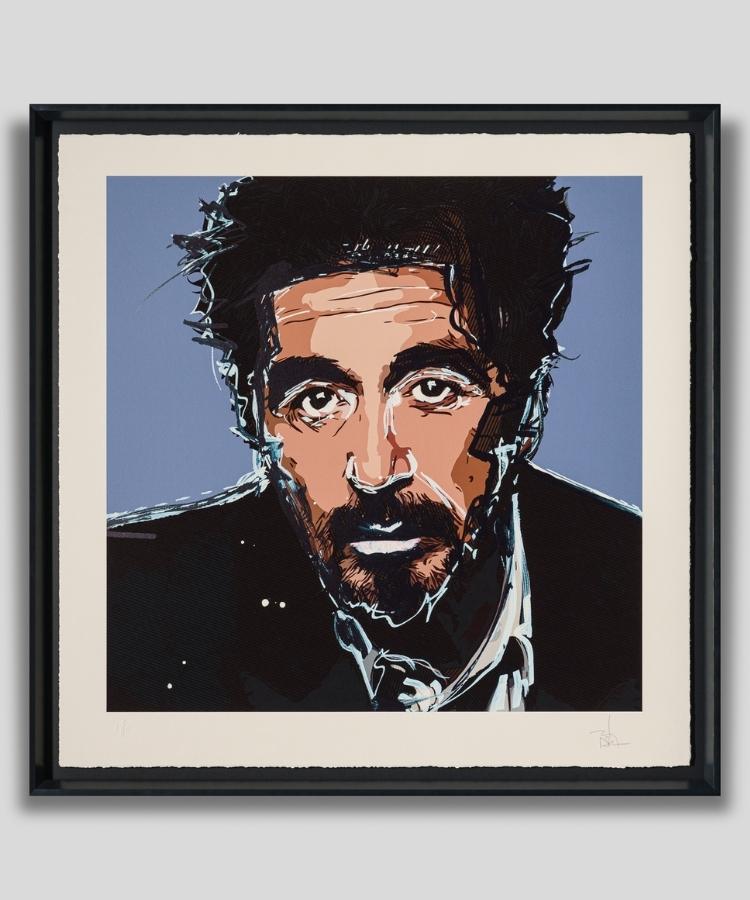 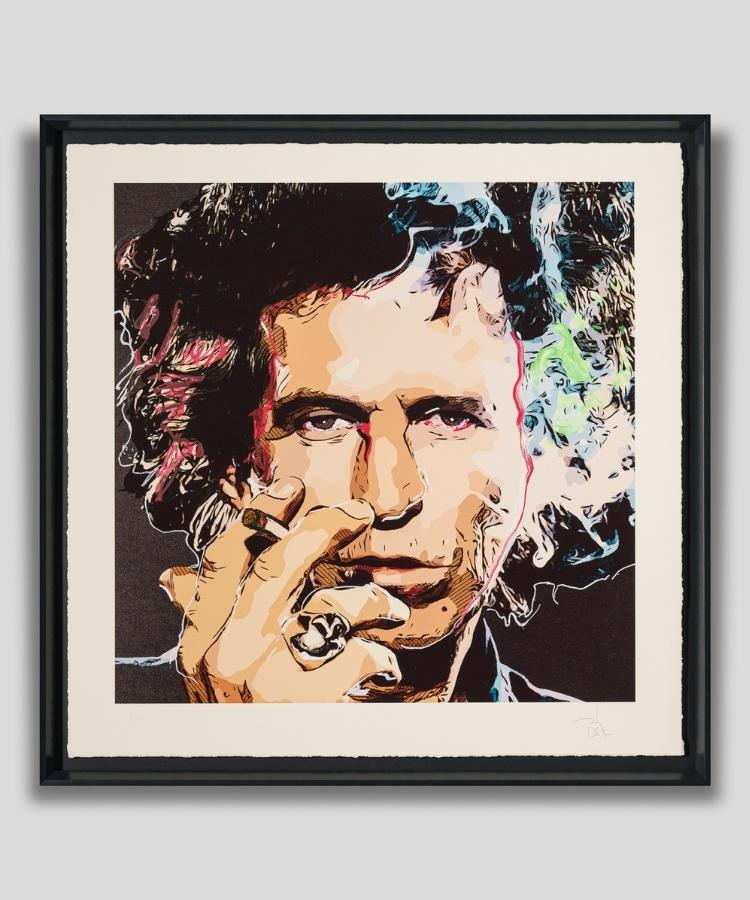 From his prolific film career creating some of Hollywood’s most iconic characters, to his recent time on stage with Jeff Beck, the accompanying album release, and a 2023 European tour with supergroup the Hollywood Vampires, Johnny Depp’s creative restlessness and exploration knows no bounds. Furthermore, he has for many years established himself as an art collector of great merit, with some of the world’s most coveted names in contemporary art in his private collection. From Basquiat to Banksy, Depp has amassed an extraordinary portfolio that demonstrates his love for visual art. However, it is less widely known that Depp is also an artist and creator in his own right, having discovered an innate love for drawing and painting in his childhood, long before music and film first featured in his life.

With his sketchbook as a permanent fixture in his hand, rarely is there a time when Depp isn’t sketching or conceptualising the world around him. His mind rejects the ordinary, challenges the accepted and oscillates between the pictorial and the lyrical, giving rise to his own multi-layered expressionistic style.

Johnny’s very fluent, expressive style is in the vein of the artists we recognise as Neo-Expressionists. Artists in this movement abandon any sense of wanting to imitate nature and instead seek to express their emotional experience in art centred around their emotions and inner turmoils. Neo-Expressionist art, just like Johnny’s art, is characterised by intense subjectivity, highly textural applications of paint and other materials, vividly contrasting colours and imagery that tells a story.

Influences on Johnny’s art have included working alongside the noted Neo-Expressionist American painter and film-maker Julian Schnabel, and his early recognition of the genius of another Neo-Expressionist: Jean-Michel Basquiat.

Working from photographic references each image in Johnny's debut collection has been stripped back to a simpler and iconic portrayal of the subject, which Johnny has then developed and energised with his characteristic freehand flourishes. Johnny's art exists at the intersection of 'Pop Art' and 'Street Art'. Recognisable images of people in popular culture are recast in vibrant, bright colours, and overlayed with the energy and wit of Street Art. The result is a series of iconic images of media figures that have moved beyond the impersonal graphic simplicity of Pop Art. It's Pop Art with feeling. Faithfully recreated from original artworks on prominent display at the groundbreaking Retrospectrum exhibition, these collectible hand-signed graphics are available to order now.

Original Art of the Month

Add a touch of rock n' roll history to your home with any of this month's selection of original artworks by Ronnie Wood; a mixture of archival artworks and pieces that have never been seen online before!

They're everywhere, but what exactly is an NFT? With record-breaking sales of up to $91.8 million, we explore the latest movement to spearhead the future of contemporary art.
Essential cookies