Why Domingo Zapata's Pandamonium is a must-have for your collection

Never one to conform to the rules, Domingo Zapata has become one of the biggest names on the American art scene thanks to his street art style paintings. The Spanish-American artist, who is collected by Hollywood celebrities including Johnny Depp and Leonardo DiCaprio, has collaborated with everyone from Pope Francis to Mr. Brainwash. Now he's bringing his Neo-Expressionist flair to the UK and beyond with his incredible new Pandamonium collection.

Featuring two limited edition prints on paper, a selection of original paintings on canvas and a series of hand-embellished works, the contemporary release takes inspiration from the street art and culture of SoHo, Little Italy and Tribeca in New York. Fusing Chinese traditions with elements of urban style and Domingo’s own Mediterranean heritage, each of the colourful pandas is titled after a Chinese word – including ‘confidence’, ‘precious’ and ‘beautiful life’ – and is hand-signed by Domingo in paint.

We caught up with Jonathan Hacking, a fine art consultant from our Bristol gallery, to find out why the series is a must-have for collectors or fans of artists like Banksy and Jean-Michel Basquiat. For more expert advice and to find out more about the collection, get in touch. 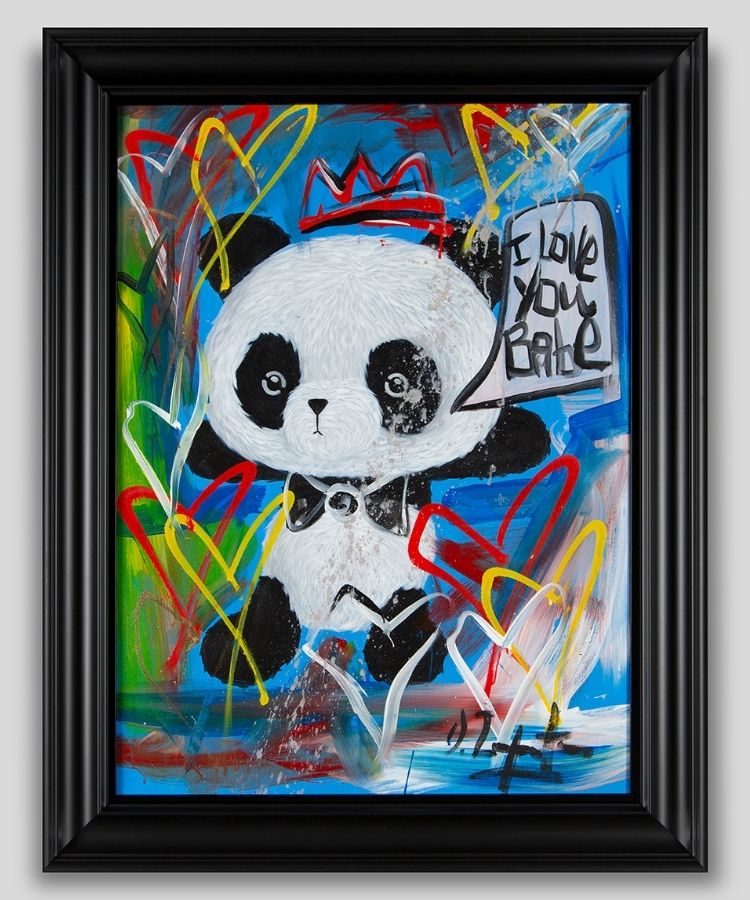 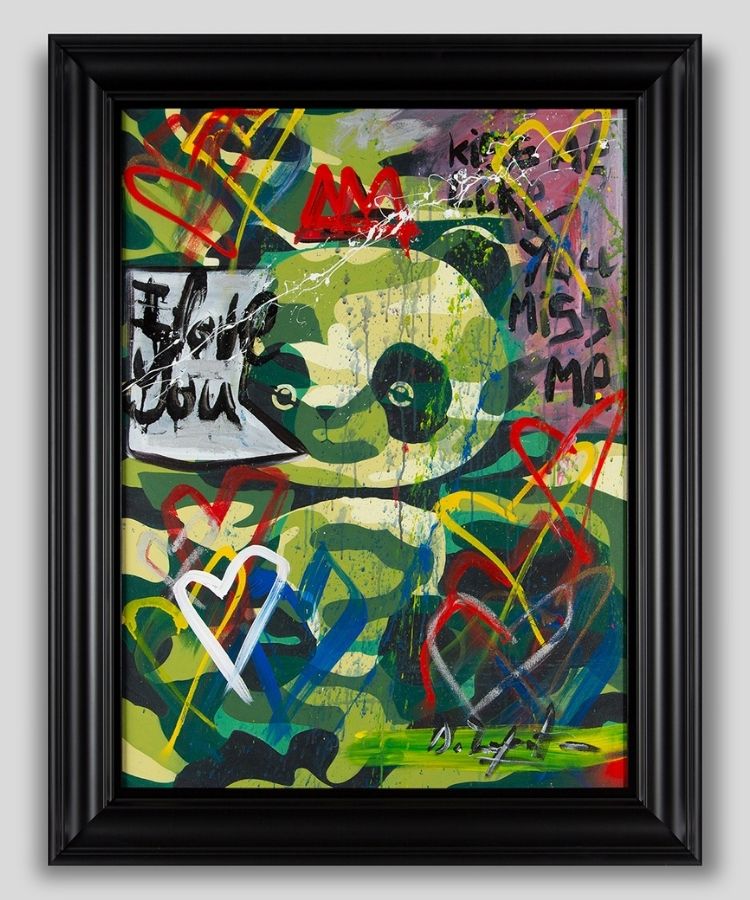 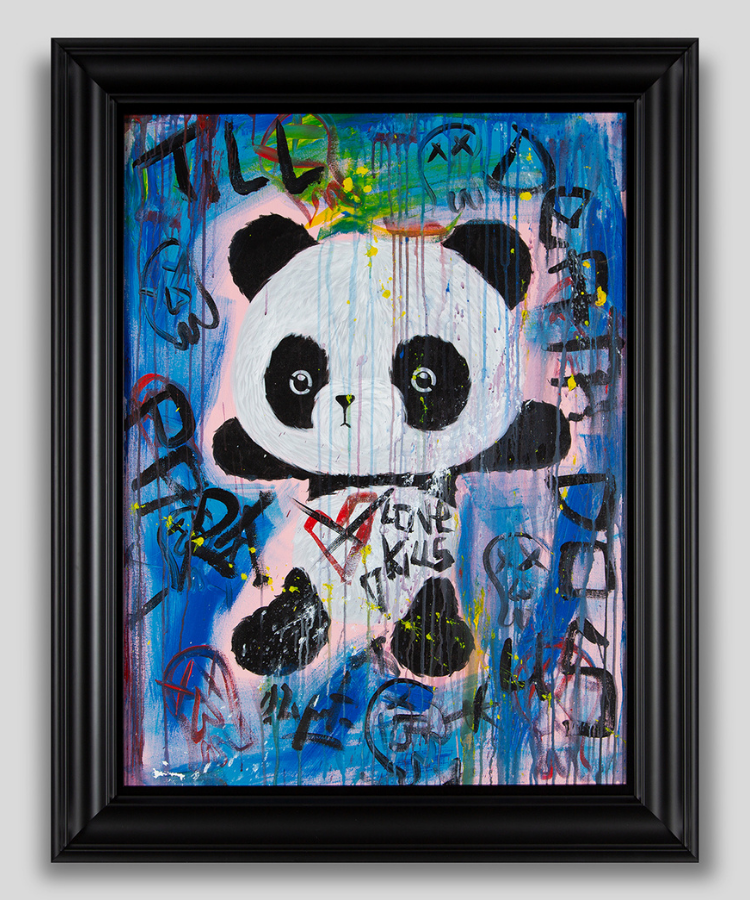 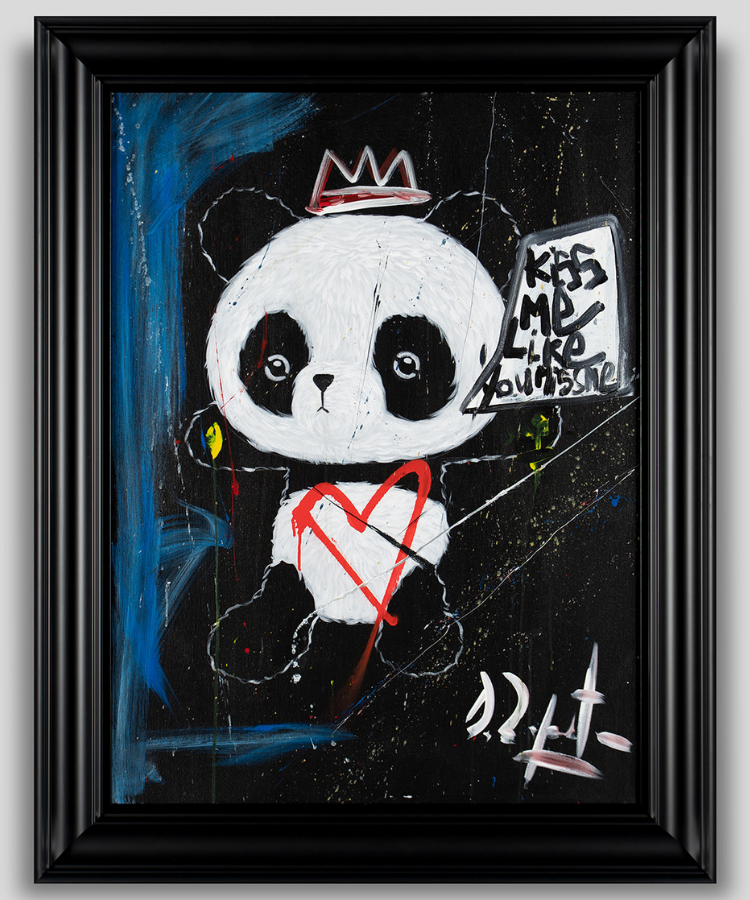 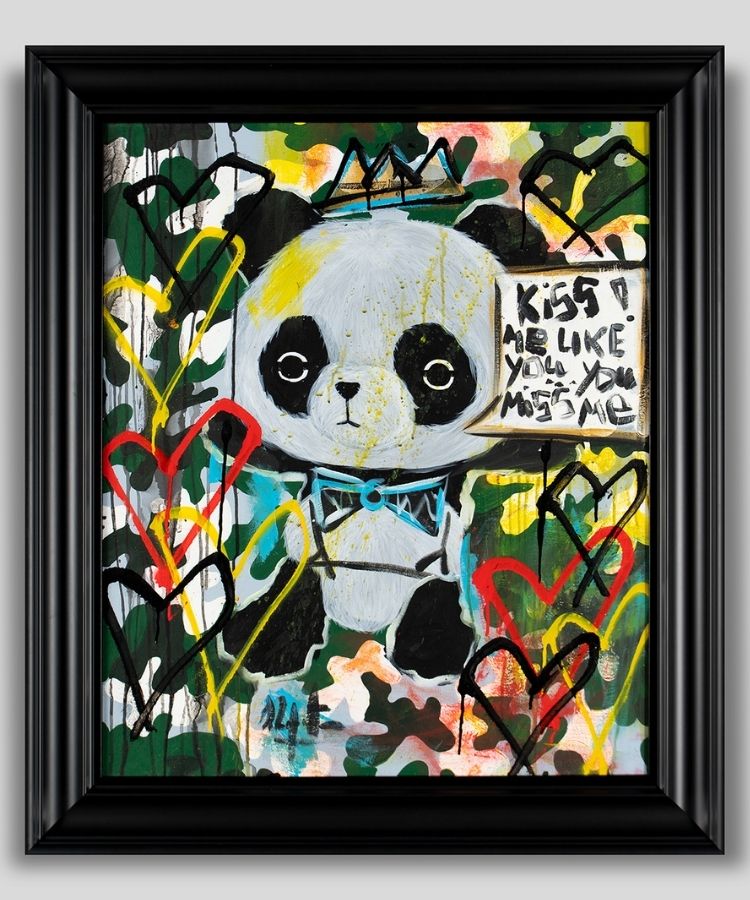 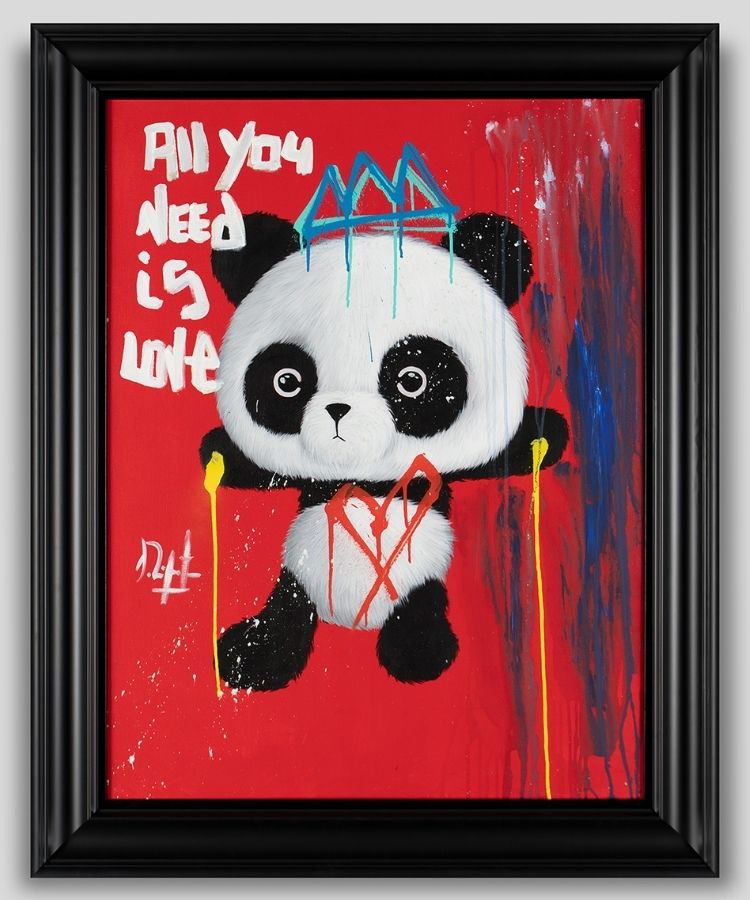 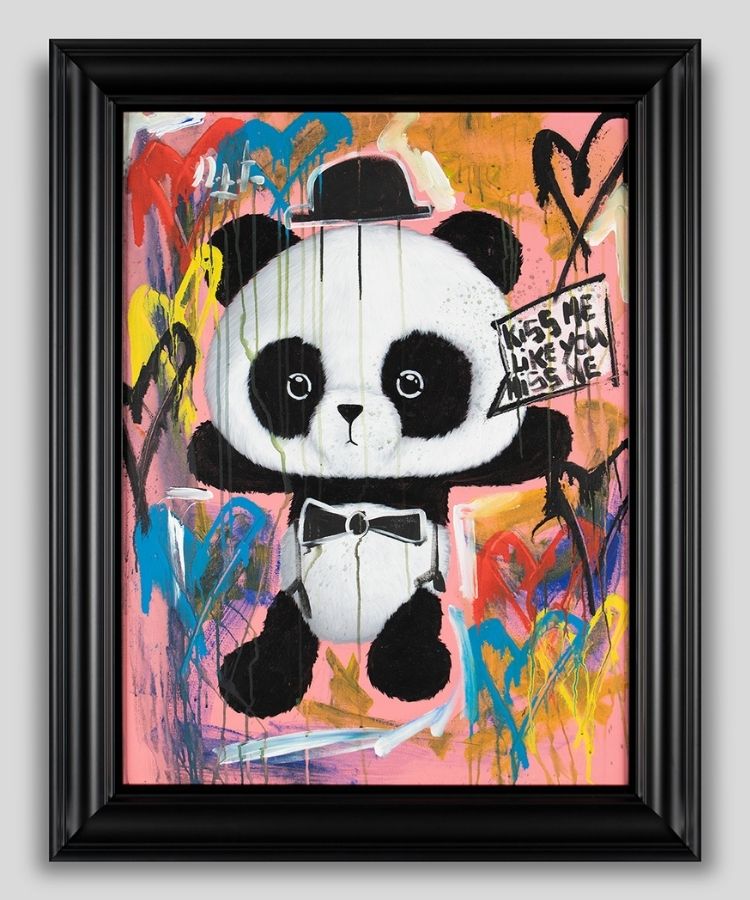 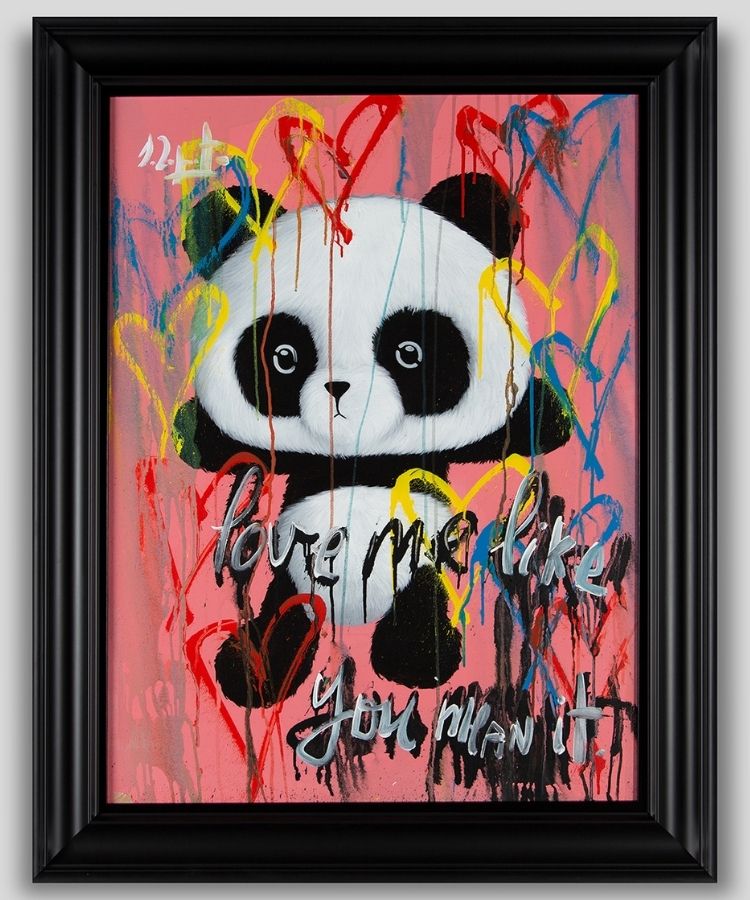 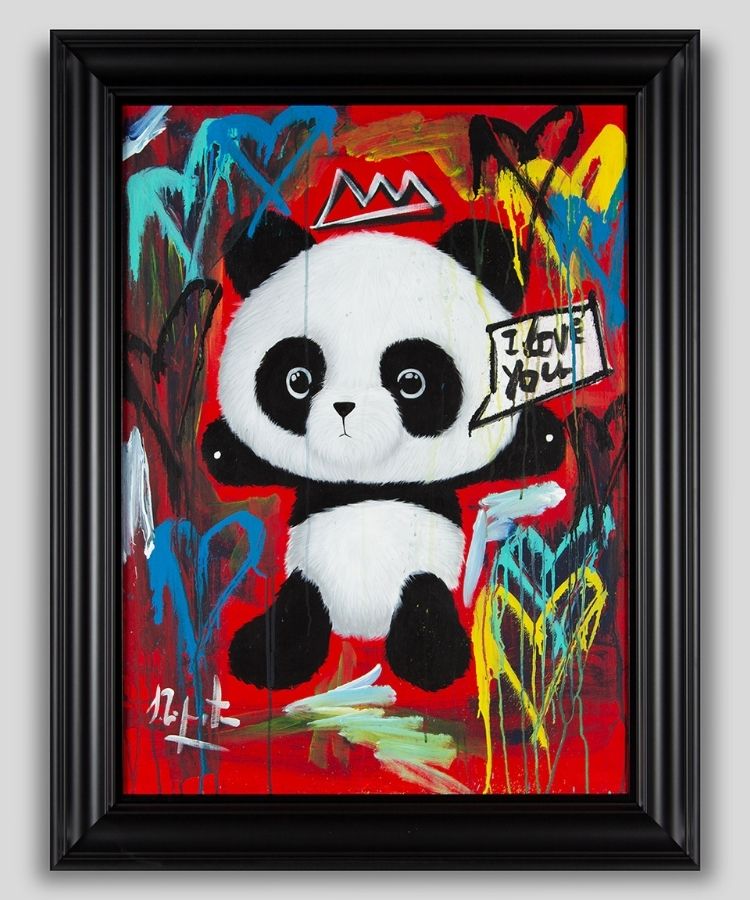 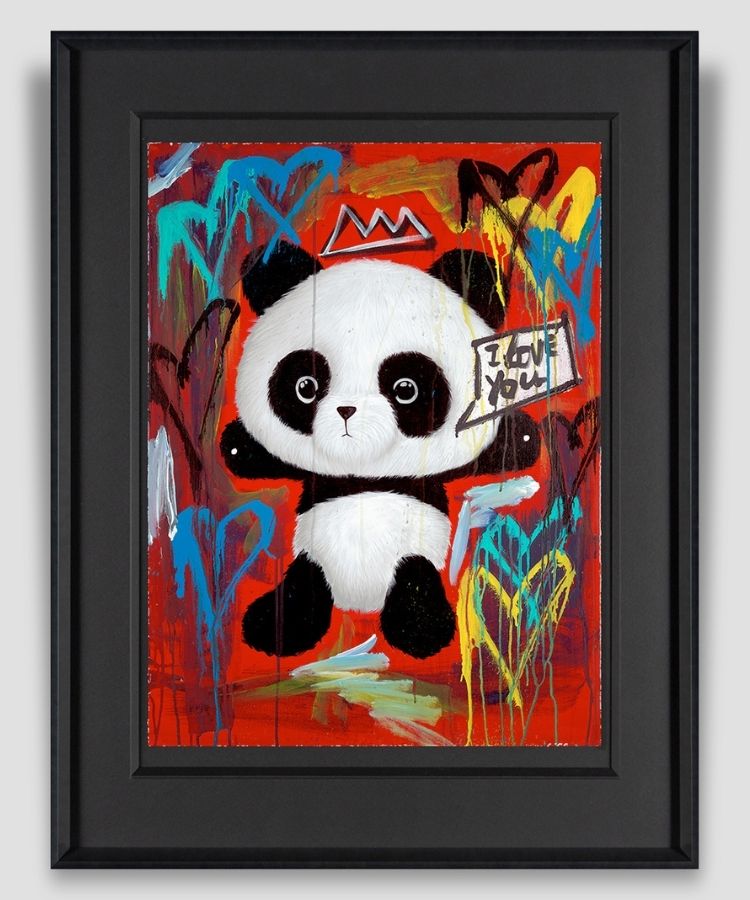 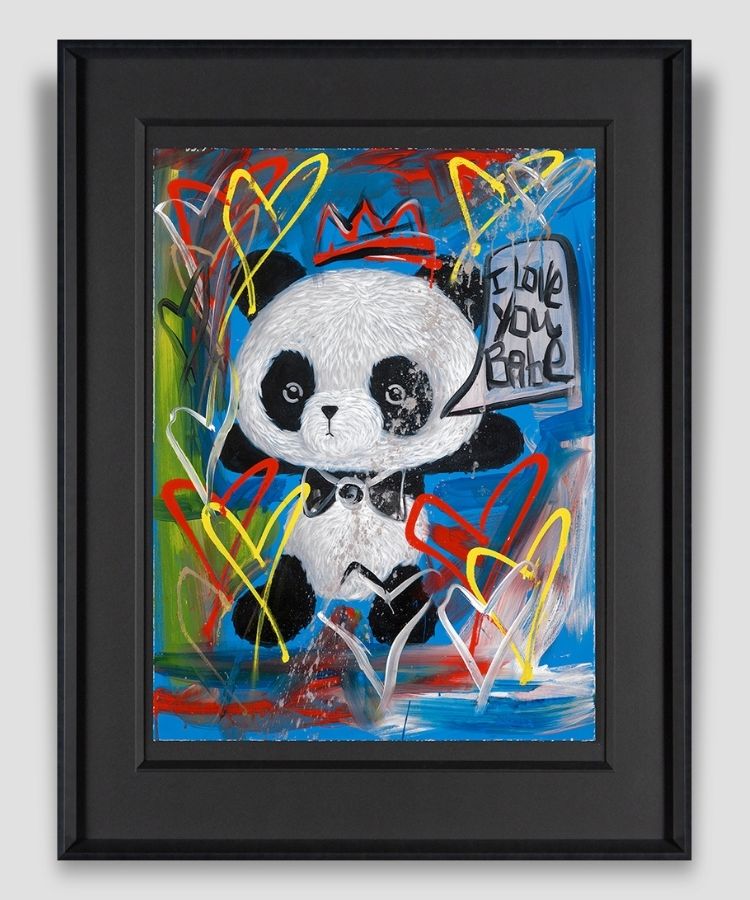 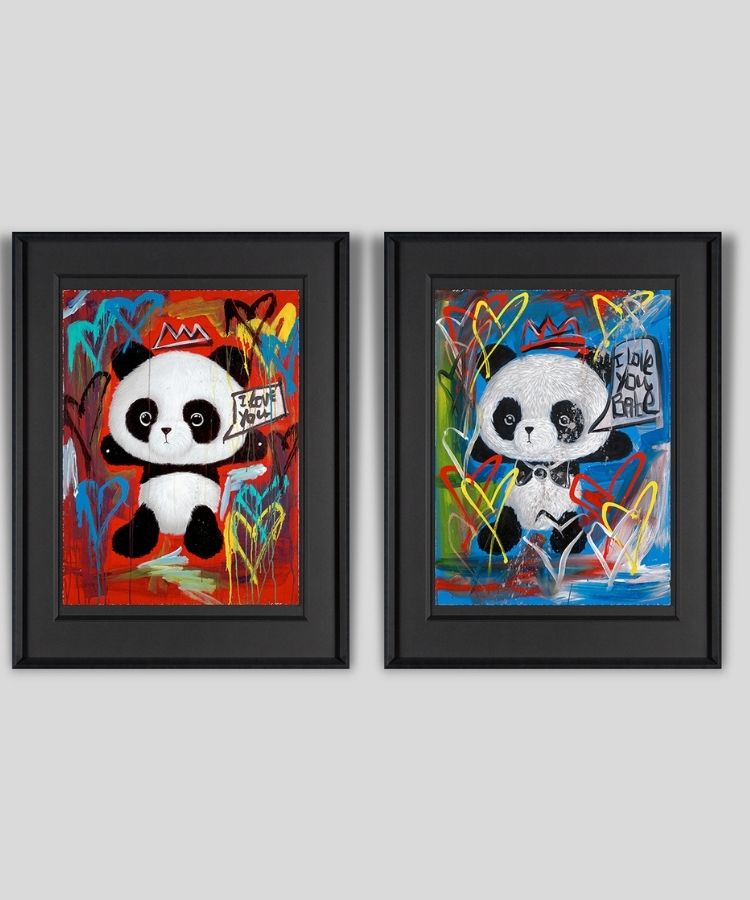 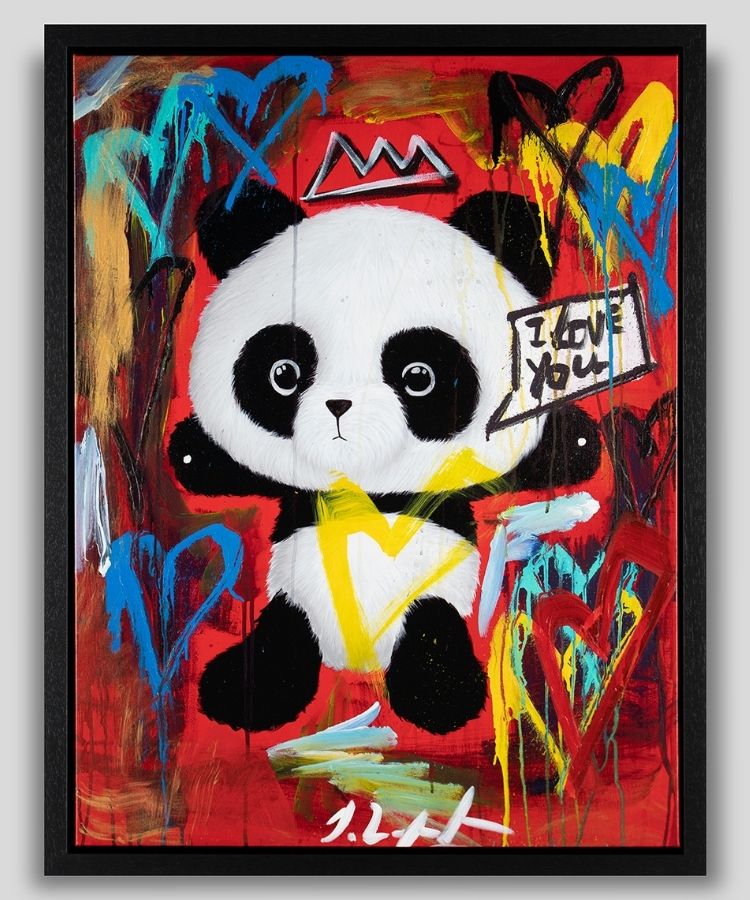 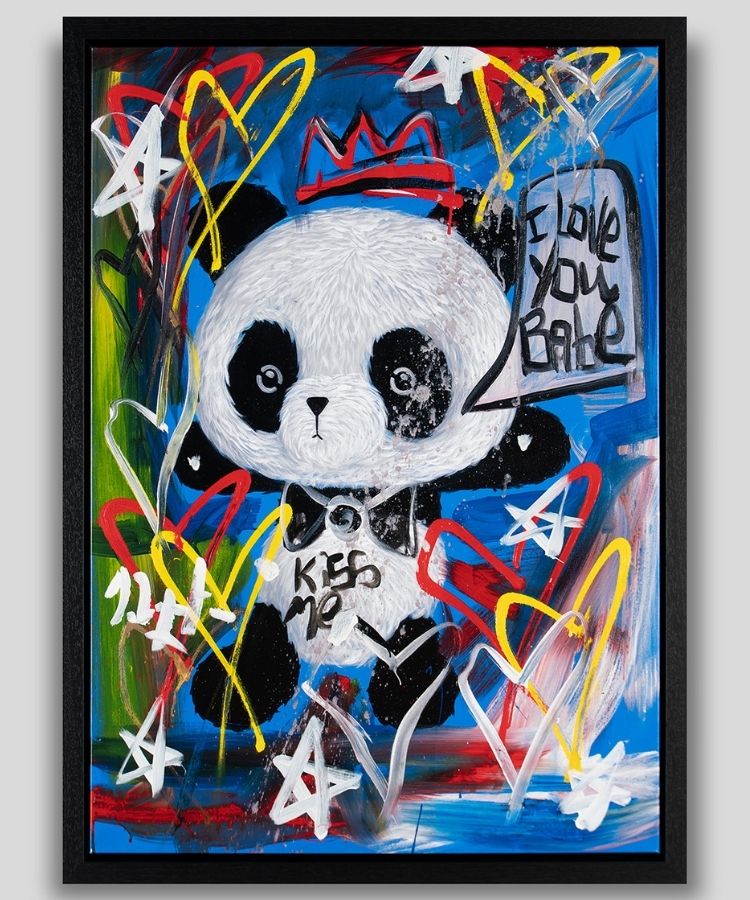 Art is about expression

Bold colours, dripping lines and swooping hearts echo Domingo’s belief in the concept of el duende: a heightened physical and emotional response to an artistic performance. Like the flamenco dance, his art expresses movement and passion, as Jonathan explains: "Without that genuine emotion, these artworks would be so different. There are no perfect colour tones; it’s that messiness, rather than a flat and controlled image, that creates such a feeling of pure expression.

“Jean-Michel Basquiat painted in a similar way: he’d lay a canvas on the floor and just create. It’s left to the viewer to interpret and enjoy the art. With ‘Chi Chi’ in particular, you’ve got the bright red, and the splashes of blue, yellow and purple. There’s no over-thinking, it’s straight from the heart.”

“A lot of homes now have a very clean, modern interior with muted colours like grey – whether that’s a sofa, table or feature wall," says Jonathan. "Domingo’s art brings a burst of colour and energy, adding to the ambience of a room. It will add to the chaos of a messy room, or create a focus in a more minimalist space. They’re so strong, powerful and exciting. This is only amplified by pairing the artworks as a set.”

The presentation is incredible

Both of the limited edition prints were recreated by our specialist atelier team, with the framing presentation carefully selected to enhance the vibrancy of the colours and the delicate textures. Jonathan adds: "The sleek black mount and frame doesn’t distract from the beautiful chaos of the artwork. The edges are raw, like it’s been ripped out of a sketchbook. Because it’s float-mounted – whereby the artwork is raised slightly above the flat surface – there is an almost spiritual feel.

“It doesn’t feel still: if you’re walking past, it hovers, creating a sense of sophistication and wonder. There’s something very special about this work. The hand-embellishment is amazing: if you dim the lights, the resin texture comes to the foreground, forming a 3D effect.”

If your existing collection is more traditional, Domingo's art could provide a contemporary update. Encompassing a wide range of inspirations, from modern street art to Reinaissance painters like Leonardo da Vinci, his paintings touch upon contrasting genres. Jonathan says: "Like the work of our other artists – including James Gill, Paul Kenton and Ronnie Wood – it is both traditional yet contemporary. 'Chi Chi’ has touches of Realism, with its fine grey brushstrokes capturing the texture of the panda’s fur. But the background is pure Expressionism: it’s chaotic and free. Domingo breaks up the traditional to create a style that is truly unique.”

Domingo's graffiti-style lettering, symbols and imagery pay homage to the street art of New York, where artists like Cornbread, Dondi White, Jean-Michel Basquiat and Richard Hambleton made their name. Jonathan says: "Being from Bristol – the home of Banksy – I’m a huge fan of street art. It’s the purest form of expression: it’s just you and the wall. This art is created in public, not in solitude; it’s honest and open to judgement. Street art is about getting paint onto the canvas and putting your feelings out there. While Domingo isn’t a street artist, his art has the same intention: it expresses his motto that ‘life is a dream’.”

Find out more about Domingo Zapata

Described by The New York Post as ‘the next Andy Warhol’, Domingo hails from the beautiful Mediterranean island of Mallorca, where Spanish artists like Joan Miró, Miquel Barceló and Joan Bennàssar lived or worked.

His art studies in London and America took him to New York, where he was greatly influenced by the honesty and vibrancy of urban art, including the work of the street artist Jean-Michel Basquiat. Taking inspiration from Pop Art, Neo-Expressionism and Abstract Expressionism, he fused these styles to create his unique aesthetic.

Alongside his new Pandamonium collection and his popular La Gioconda release, Domingo has exhibited around the world. This includes at New York Fashion Week, Art Basel Miami and the Venice Biennale.

Domingo says: "Painting means putting everything that touches your heart and speaks to your soul onto a canvas. It's what you feel an urge to express and the message you want to leave forever."

"My paintings carry a message of positivity and happiness. I just want to make the world a more beautiful place." Inspired by playing cards, the contemporary artist's new release is fantastic for embracing this autumn/winter's maximalism trend and features his signature stylised skulls, hummingbirds and butterflies.

Pick up our free art magazine from your local Castle Fine Art gallery or read the new digital issue on your phone, PC or tablet. This glossy magazine features interior design trends and behind-the-scenes exclusives, including a tour of our cover star Whatshisname's London studio.

What would happen if Leonardo da Vinci's 'Mona Lisa' was exposed to street art and graffiti? That's exactly what the Neo-Expressionist painter explored in his debut collection with Castle Fine Art.