Coinciding with the Frost Art Museum's new Retrospectrum exhibition, Bob Dylan's latest release sees two of the first-ever paintings from his iconic The Drawn Blank Series collection recreated as an exclusive set of limited edition graphics. Hand-signed by the Nobel laureate and Grammy Award-winning musician, these highly collectible works revisit the origins of the artistic style of one of the world's most influential cultural icons.

When Ingrid Mössinger, the director of the Gallery of Modern Art in Chemnitz, Germany, came across Drawn Blank, a book of Dylan's sketches, in an antiquarian bookshop in Manhattan in 2005, it kicked off an extraordinary fine art programme that has been exhibited as far as Shanghai and Beijing. Originally released in 2008, The Drawn Blank Series reimagines the personal sketches Dylan created between 1989 and 1992 whilst touring America, Europe and Asia. The original drawings of landscapes, hotel scenes and nudes debuted to huge critical acclaim, with the bold colours and free style drawing comparisons to the art of Pablo Picasso.

Our previously unpublished editions of 'Backyard' and 'Truck' have been expertly curated from our incredible portfolio of limited edition and original art by the legendary singer-songwriter. Showcasing Dylan's early style - with scenes of Americana marked by poetic loose lines and texture - they symbolise a seminal step in the evolution of his artistic expression, making them an ideal addition for collectors of Dylan's art. The small edition of just 95 indicates the rarity of this exclusive set, which has been printed on rough-edged museum paper to mirror the texture of the sketchbooks in which Dylan originally drew them.

Due to the success of previous releases, we expect this collection to sell out quickly. To secure your set, contact us. 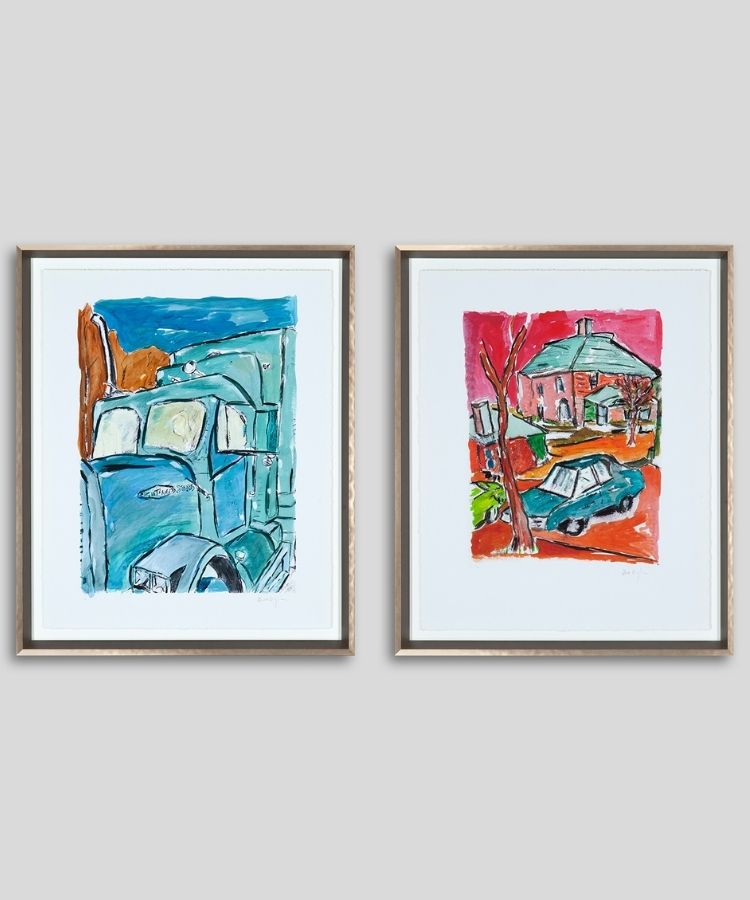 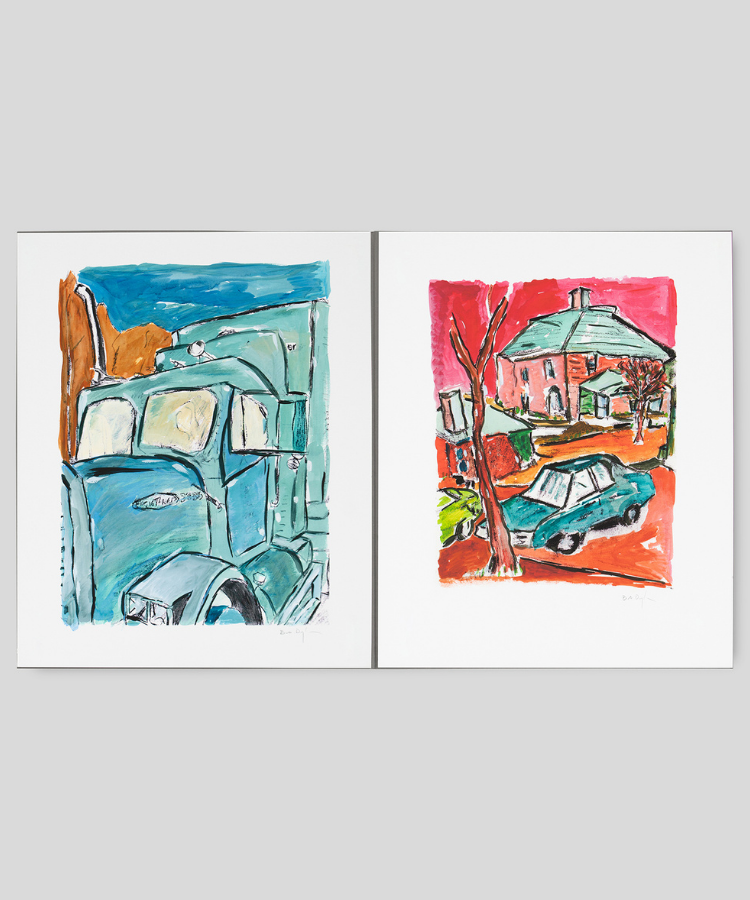 Spanning six decades, Retrospectrum is the largest exhibition of Dylan's work to ever be displayed in the United States. Following on from its success at the Modern Art Museum (MAM) Shanghai, the Today Art Museum in Beijing and the Jupiter Art Museum in Shenzhen, the international exhibition has moved to the Patricia & Phillip Frost Art Museum in Miami, where it will run until April 2022. Featuring over 180 paintings, drawings and ironworks from throughout his artistic career, it also includes Dylan's brand-new Deep Focus series, which transforms scenes from films into cinematic paintings. Find out more about the Retrospectrum exhibition in our book here.

The cultural legacy of Bob Dylan

Since releasing his debut studio album, Bob Dylan, in 1962, Dylan's cultural influence has extended beyond music to encompass art and literature. In 2016, he became the first songwriter to win the Nobel Prize in Literature for 'having created new poetic expressions within the great American song tradition'. Such is his effect on wider culture that 'Dylanology' - the study of Dylan's work - has canonised his songwriting, poetry and art for new generations to dissect and interpret. At Harvard University, Dylan's work is taught by its Professor of the Classics, Richard F. Thomas, alongside the Roman poets Ovid and Virgil.

Understanding Dylan's art is key to understanding the cultural impact of the visionary artist, who in November 2021 embarked on a tour that will take him from New York to Rhode Island, Boston, Philadelphia and Washington, D.C. Reflecting an urge to create, his art - be it drawings, paintings, sculptures or metalwork - symbolises his creative journey. An observer of the world, Dylan echoes Warhol, Monet and the Impressionists by painting what resonates with him, valuing the experience over the finer details of the finished image. On his paintings, he writes: 'Every picture spoke a different language to me as the various colours were applied.'

This exclusive exhibition at our gallery in Birmingham's International Convention Centre is an expertly curated display of Dylan's limited edition graphics, featuring titles from The Drawn Blank Series, The Brazil Series, The Beaten Path and Mondo Scripto. Taking viewers on a journey through Dylan's visual art, it's a fantastic chance to speak to our knowledgeable art consultants and get expert advice on how to start or add to your fine art collection.

The Editions exhibition features works from throughout Dylan's iconic portfolio, including 'Ranchers (2015)' from The Brazil Series and 'Manhattan Bridge, Downtown New York' from The Beaten Path, alongside other rare and sold-out titles.

The prestigious Miami museum is exhibiting more than 180 of Dylan's paintings, drawings and sculptures, spanning 60 years of his art. Get in touch to find out more about this interactive and immersive display.

Spanning six decades of Dylan's paintings, drawings and sculptures, this groundbreaking exhibition opened at the Frost Art Museum in Miami on 30th November. Discover its conception at the Modern Art Museum (MAM) Shanghai in our glossy hardback book.