He’s got one of the most fascinating stories in the art world, so it was our pleasure to reveal the Spring/Summer 2021 collection by the infamous art forger John Myatt.

After unexpectedly becoming a single father, John became embroiled in a scheme to fool art experts at Christie’s and Sotheby’s with incredible replicas of classic works by masters such as Matisse, Roger Bissière and Alberto Giacometti. In 1995, John was arrested by Scotland Yard detectives and imprisoned for his part in “the biggest art fraud of the 20th century”.

The artist – who estimates that around 120 of his artworks still reside in museums and private collections around the world – is currently working on a film about his life (we’ll be revealing more soon!). For these stunning limited edition prints, he took on Claude Monet and Marc Chagall. No detail was spared, with every hand-embellished canvas presented in a frame cast from an original 18th century mould. He told us: “It’s so good that it could be, just could be, a real one.”

If you’d like find out more about John’s work, get in touch. You can also shop his original works here. 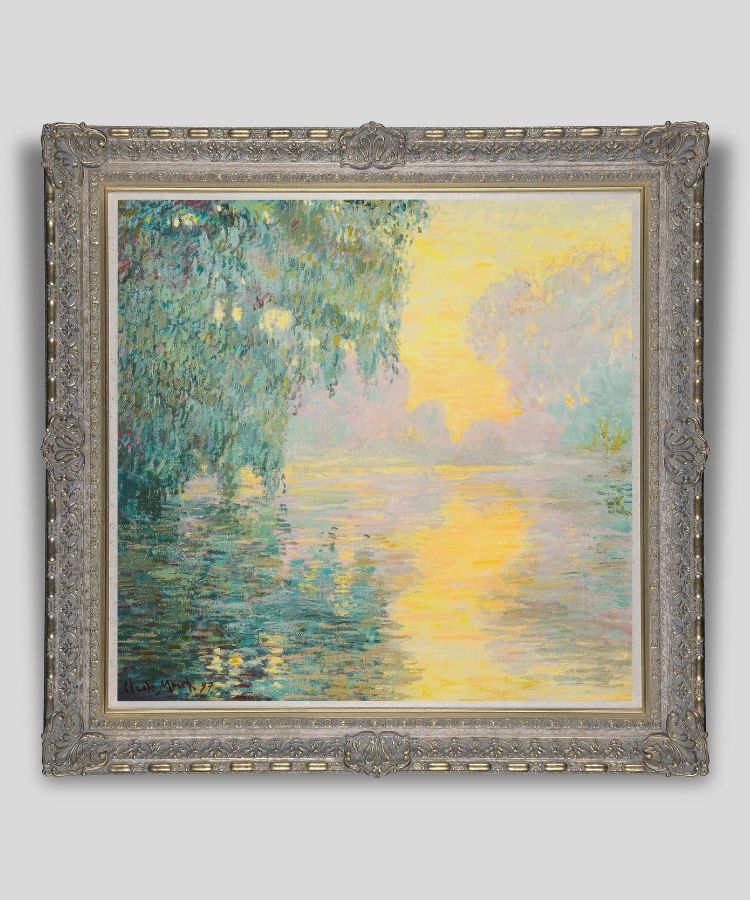 Mist On The Seine 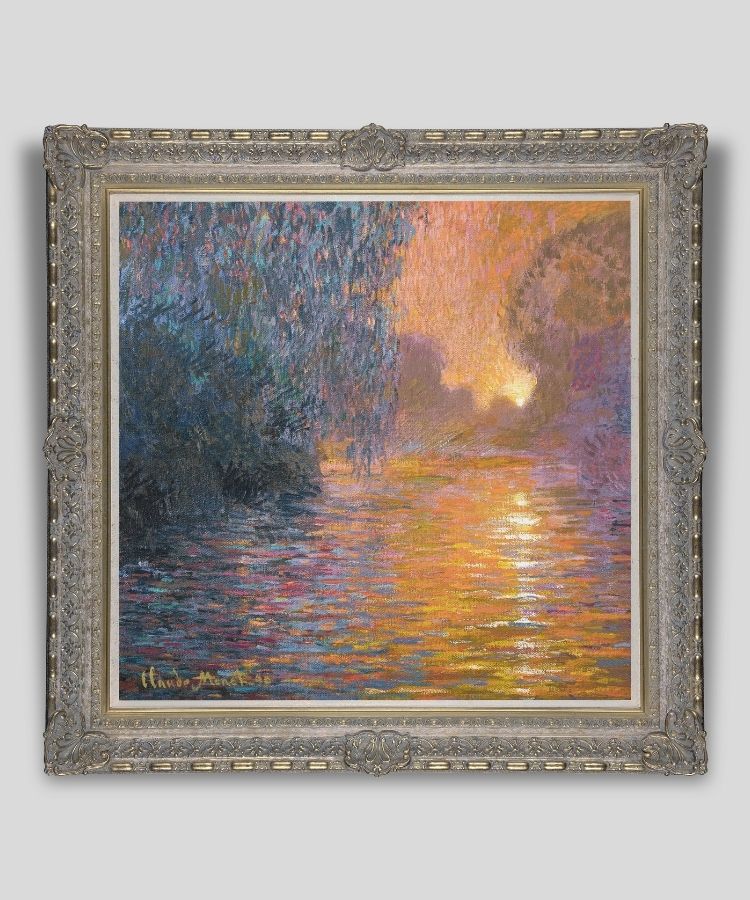 Sunrise On The Seine 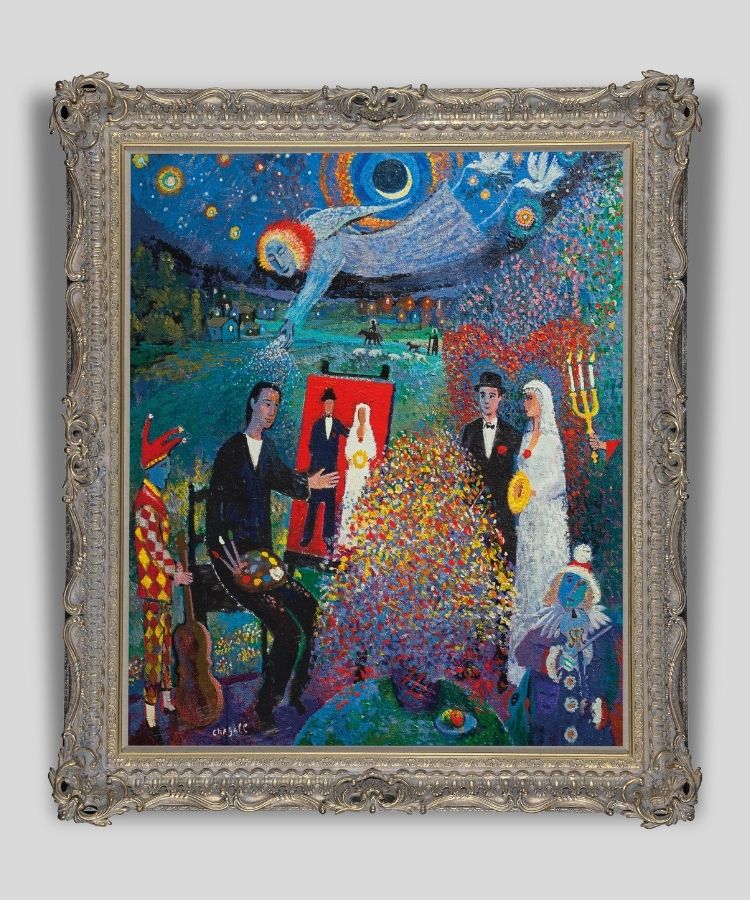 Each of the intricate frames has been handmade by a team of craftsmen in the UK. An original hand-carved 18th century mould was used to recreate an authentic period design using sustainably sourced wood.

A plaster resin mix was used for the decoration, which is applied to the primed wood moulding. The frames were then carved and pierced by hand before being hand-stippled to create the beautiful colour finish.

This was followed by a gentle burnishing with an agate stone, before it is sealed with a delicate application of wax. For a close-up look at the frames, watch our YouTube video.

MORE ABOUT OUR ART